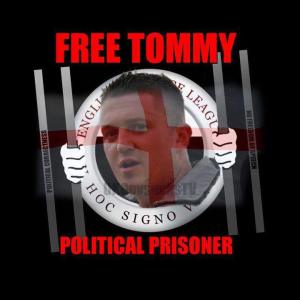 Muslims across the West are openly preaching for Sharia Law whether we like it or not. If they get their way the freedoms of our generations will be swept away, as Islam calls for dominance over non-Muslims. The Islamic war on non-Muslims is not a new phenomenon though. It has been going on since the days of the so called “prophet” of Islam, Mohammad.

Unfortunately over the past 1400 years or so Muslims have done a good job in following the message of Mohammad the warmonger. Outside of Israel, they have taken over the Middle East, Afghanistan, Bangladesh, Indonesia, Malaysia, and large portions of Africa, China, Europe, and India etc…

As stated, Muslims did not take over all of that land overnight. But today the clock is clearly ticking on Europe, and a big part of the reason the web of Islam is spreading across the continent is because of the help of the “elitists” in charge. In the UK those culprits are the Islamic appeasers of the Labour Party. They are the ones who are being paid to protect life as non-Muslims knew it in the country. Yet they are the ones who cowardly opened Pandora’s Box and allowed Muslims to open up Sharia Courts. They are the ones who allowed over 50 public schools to go halal only. They are the ones who allow that punk Anjem Choudary and his cronies to wage a virus like war from the inside the heart of the UK. They are the ones who have sold out their future generations for the illusion of power now. It is an illusion because when Muslims do not need them anymore, they will see the true face of their Islamic “friends”. Power is their God, and if Muslims finish their mission in the UK their “God” will crush the elitist’s fantasy.

Now those in charge of the once great Kingdom have turned on one of our own. They have locked up the man who is leading freedom loving Brits against attempted Islamic take over of the UK. That is the English Defence League’s (EDL) Tommy Robinson. When Tommy and his mates were first arrested the follow statement was released:

“The arrests formed part of an intelligence-led, pre-event investigation into a planned disturbance in east London on the same day.

“All 53 were males and they were arrested for conspiracy to cause public nuisance before being taken into custody at various locations in central and south London.”

He added: “Those arrested are being bailed pending further enquiries, on the condition they do not enter east London to demonstrate for a stipulated period of time.”

That was the first clear message that those in power want the EDL to back off on Islam. From there the story changed though. Next we were told that he was arrested for allegedly entering America illegally to speak at a Pamela Geller lead Stop the Islamization of Nations (SION) Conference. So which was it? Was it both? Either way, the common denominator was Tommy speaking up against the Islamization of the West! The traitors in charge have also not allowed him help with legal aid, and have frozen his accounts.

The Islamic war on non-Muslims is a worldwide threat and lines are being drawn in the sand. Labour has cowardly sided with Islam, and has taken a fearless leader and our friend as a POW! So I ask you all to please do whatever you can to support Tommy. (Within the law.) He is being detained at least until after the new year. PLEASE send him a Christmas card or any other kind of support you can think of. Now he needs us more than ever!

From our friends over at the Christian Defense League:

UK: Please send your letters of support for Tommy over the Holidays

Tommy,EDL founder and patriot fighter will be incarcerated in Her Majesty’s prison until January 2113 !!. Should you wish to send a letter or message of support here are the full details .

Thanks and stay strong infidels!

Related article:  If not the EDL, Then Who Will Save the UK From Islam?
Warn the World

← Mohammad: The Greatest Conman That Ever Lived
“Historian” Daniel Pipes: In a World of his own Making ~ Taking America Straight to an Islamic Hell →

54 comments for “Please Support our Mate and Prisoner of war, the EDL’S Tommy Robinson!”