The reason I continually challenge Muslims about Islam? Because not one of them will condemn even one Koran verse, and they run from the vile actions Islam allows. Proving my point that they are traitors to the non-Islamic countries they reside in.

A Muslim scholar who interprets the shari’a.

Ismail Musa Menk was born in Harare, Zimbabwe. He was tutored by his father who is a well known scholar and Da’ee. He completed his hifz and recitation courses at an early age and learnt the Arabic and Urdu languages whilst studying Shariah under his father. At the same time he attended an Academic College in Harare where he completed his secondary secular education. He then attained a degree in Shariah from the University of Madinah and later specialised in Iftaa at Darul Uloom Kantharia in Gujarat. – http: //www.muftimenk.co.za/?page_id=19 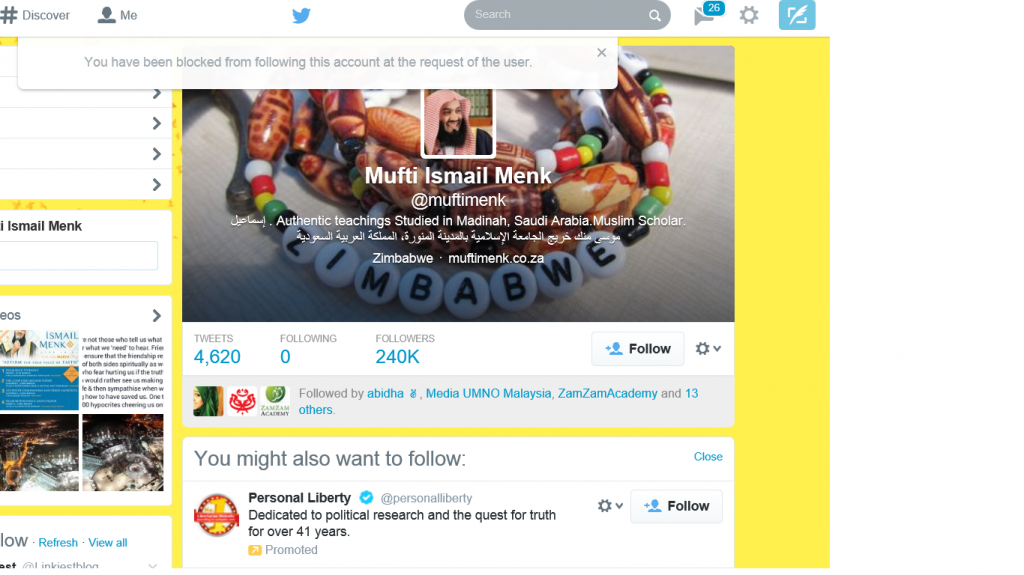 What’s wrong scholar, you can only talk about Islam when unchallenged? Apparently so!

Logan’s Warning, were the ugly truth about Islam is mightier than the sword!