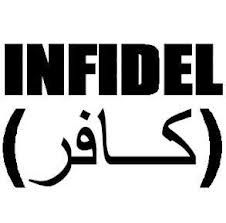 Recently marauding Muslims have taken to the streets in acts of rage in countries across the world, such as Libya, Pakistan, and Sudan. Besides those violent protests there have been more peaceful ones in Canada, Germany, and the UK. Some say the reason for the outrage was over a film entitled the “Innocence of Muslims”. But the film itself is not what this is really about it, and violent or not, the message is the same. It is about self-centered, Mohammad protecting, Allah serving Muslims trying to bully non-Muslims into accepting another aspect of Islamic Law. It is about them trying to dictate what non-Muslims can and cannot say within the realm of free speech. Their end game is the complete censorship of the criticism of Islam. Which would eventually amount to a death blow to America herself. 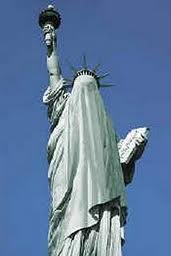 In the wake of this Sharia madness and murder, the response from the US government has been weak and appeasing.

Secretary of State Hillary Clinton on Thursday called the film that helped provoke protesters to riot “disgusting and reprehensible.”

“Let me state very clearly — and I hope it is obvious — The United States government had nothing to do with this video. We absolutely reject its content and message,” Clinton said in a statement at a State Department.

In the following video Hillary is joined by America’s #1 Islamophile, “President” Obama. The treacherous duo actually went as far as to condemn the film on Pakistani TV!

It is clear that the U.S. Government is in a state of weakness when it comes to Islam, and Muslim leaders are doing their best to exploit it.

“The West hasn’t recognized Islamophobia as a crime against humanity — it has encouraged it.”

That is because it is not. Islam is the crime against humanity. This so called “ally” to the West has shown his true colors during the recent controversy on free speech.

Turkey will begin working towards banning any sacrilegious or hateful speech within its own borders as soon as possible, according to Erdogan. “Turkey could be a leading example for the rest of the world.”

The Egyptian president, Mohamed Morsi, asked the Egyptian embassy in Washington to take legal action in the United States against makers of the film, the official state news agency said. Morsi had requested the mission take “all legal measures”.

To make matters worse Egypt has charged eight Americans with the death penalty for “defaming” Islam and Mohammad.

CAIRO — Egypt’s prosecutor general referred seven Egyptians Christians living in the United States and Florida-based Pastor Terry Jones to court for trial on charges that they offended Islam in connection with an anti-Muslim film that has triggered protests around the globe.

Authorities issued arrest warrants against all defendants. No trial date was announced. The charges could result in a death sentence.

Muslims don’t have a problem standing up for what they believe in. So why should we? We obviously cannot rely on our government to stand up to the threat of Islam, so in response to the Islamic attack on free speech I have written up the following letter to President Morsi, PM Erdogan, and any other Muslim who thinks they can take away our right to free speech.

Mr. Morsi, Mr. Erdogan, and all others…

Muslims have been persecuting non-Muslims for 1400 years. The brutal histories of Hindus, Persians, and even your country’s Coptic Christians with Islam are proof of that. You are preying on the hope that most non-Muslims do not know the brutal history of your so called religion, and Mohammad’s call for perpetual war.

Those histories follow the message of your bigoted hero Mohammad.

But now you see non-Muslim world is finally waking up to the threat of Islam,and that is a threat to your plans of a world dominated by Islam. As know it will near impossible to defeat an enemy that cannot even be named.

What you fail to understand is the resolve of the American infidels. A quickly growing group of Americans who are fully aware of what will happen to their future generations if Islam is not stopped. A group of true patriots who are willing to roll up their sleeves against your attempts of curbing our free speech.

The Sahih (authentic) Bukhari Ahadith which are accepted by all four Sunni schools state the following:

My message to you self-centered slaves to Sharia is that you are going to have to do a lot more than drag us with chains. We are not the weaklings in the US Government. We will NOT go down without a fight!! You picked the wrong country…

(This will be Tweeted to Morsi, and Erdogan.)