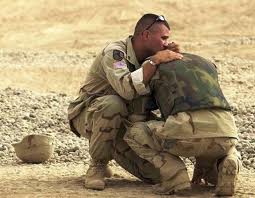 Over the last few years I have been very critical of the US Government’s nation building plan. I have stated it is waste of lives and money. That is not a knock on our great US troops because they did not draw up the war plan. Islam itself is clearly the enemy, and our troops are laying their lives on the line to create Islamic countries. To make matters worse, many US Military “leaders” are pandering to Islam, and some even outright defending it!  They are doing this as Islam is simultaneously marching across America. Our troops deserve better, much better!

Today thanks to a tip from our friend Jarrad Winter at Kuffar News, we hear from a great American who is serving in Afghanistan. One of the hosts asks, how to do those at home benefit from the war? The answer is since Islam is allowed to move unchecked here, we do not.

Also thanks to A & G radio.

Here are some points of my plan to save America as we know it from Islam.

1. After Israel or America sends a message to Iran’s nuclear plants, it is time to bring the troops home. Put them on our southern border.

4. Officially ban the governmental aspects of Sharia Law.
No Sharia in our courts.

5. Ban the Muslim Brotherhood. Then arrest and if possible deport their members and supporters. If deportation is not possible bring them up on charges of sedition.

6. End all foreigner funding of US Mosques. End all Mosque Construction.

The idea is to make the United States of America so anti-Islamic that Muslims do not even want to come here.

Have a great day team infidel!

← Translator of “Reform Koran” Shows up! LIES Right off the bat!
“Revolution Muslim” Leader Sentenced to Over 11 Years! →

12 comments for “Member of US Military in Afghanistan: We Don’t Know Why we are Here! ~ Audio”