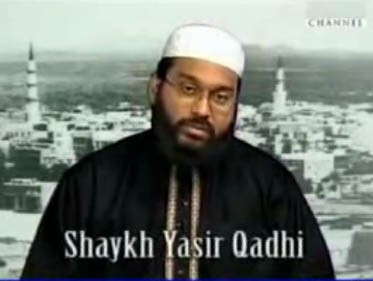 Yesterday I started a new Logan’s Warning series entitled “Traitors Among us”. It is an effort to highlight the fact that a Muslim does not have to be a member of a major Islamic organization, to be a threat to America.  Showing how Islam turns citizens against their own country. A treacherous way of life.

Today I am also starting a new series, this one is obviously entitled “Muslims on the run”. It will be used to show how Muslims lie and deceive like there is no tomorrow. Just as instructed by their hero Mohammad.

The reason I am doing this series is because one of the greatest weapons Muslims have is the interfaith con. In which they prey on naive and trusting non-Muslims. If we are to win the war with Islam, we have to call out these Islamic con artists and confront them on their lies and deception. As far too many non-Muslims are buying into the “religion of peace” falsehood.

When confronted, Muslims usually run to their outdated playbook, and scream “ignorance”, “lies”, “misinterpretation”, “out of context”, or “racism”. When those empty talking points fail they usually pull a Muslim Houdini and disappear! So this series will highlight debates/attempted debates with prominent Muslims who lie, deceive, and run….

The first honor of running from an infidel who knows about Islam goes to Yasir Qadhi, Islamic Theologian & Scholar, Dean of Academic Affairs, AlMaghrib Institute, Religious Advisor, MuslimMatters.org. Just from the one post below we can see that he is another Islamic con man.

Allah is the Protector of the oppressed, and He is the One who comes to the aid of those who are wronged! If you… http://fb.me/2qlpFOzq7

What he fails to mention is that Islam is what oppresses, and on top of that the “scholar” took the easy way out, by blocking me on Twitter. 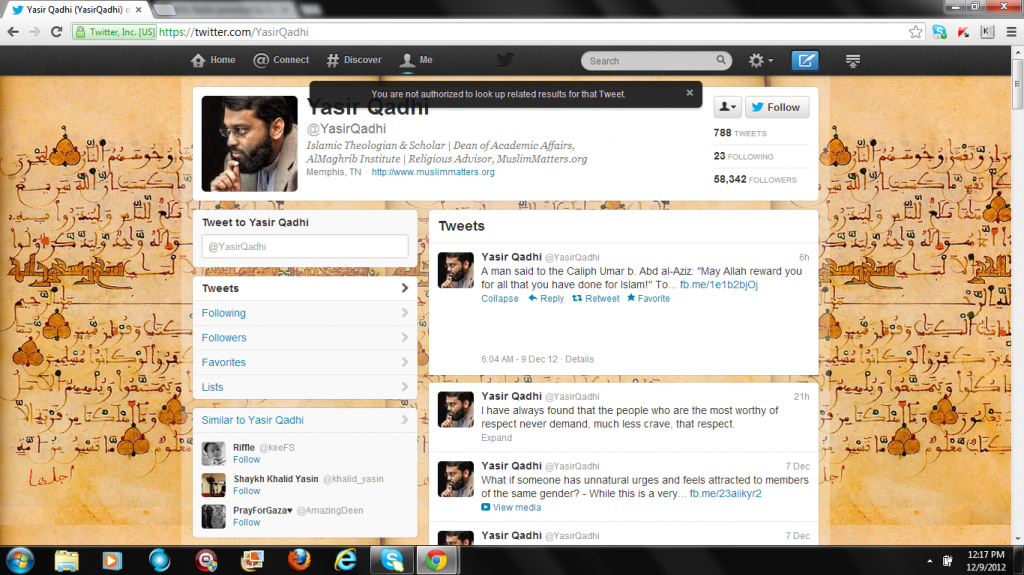 My advice is to learn the Islamic scriptures, including the Koran and Sahih (authentic) Bukhari and Muslim Ahadith. Then go on the offensive, and non-violently confront Muslims at interfaith conferences and social networking sites across the net. Wear them out with the truth, and keep them on the run friends!

NOTE to any Muslims reading this: I will gladly debate you on your so called religion and expose your lies and deception. But there are some ground rules. As soon as you scream  “ignorance”, “lies”, “misinterpretation”, “out of context”, or “racism”, I will ask you to prove it. You will be asked twice, and if you do not prove your point, you will not get a third strike here. I will not waste time chasing you around this site in a circular conversation. You will be banned. Bring it on!

← Traitors Among us #1: Jihadiffanclub
NY: Enemy Picture of the day…. →