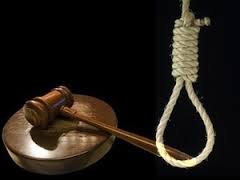 Some of the main reasons we are losing the war with Islam is because of the lack of will to stop respecting it as a religion. The lack of will to drive it from America (or other non-Islamic countries, in a non-violent manner), and finally the non-Muslim need to believe in the fantasy that Islam will reform into an ideology that is non-Muslim friendly. Or something”peaceful” as Hirsi Ali puts it.

Hirsi Ali: No. Islam, period. Once it’s defeated, it can mutate into something peaceful. It’s very difficult to even talk about peace now. They’re not interested in peace.

Not only is the belief that Islam will reform a fantasy, it is one of the most detrimental messages going today across the West. Promoted by prominent names such as Hirsi Ali, Frank Gaffney, and misleadingly supported by media personalities such as Sean Hannity, with his consistent promoting of Zuhdi Jasser. Adding to it, Megyn Kelly, being seemingly mesmerized by the UK’s so called “moderate” Muslim poster boy, Quilliam’s co-founder Maajid Nawaz.

This is exactly why I feel it is my duty to strongly counter their message of “reforming” Islam. So tonight I continue with part ll of Logan’s Warning to Hirsi Ali: Waiting for Islam to Reform is a Death Sentence. 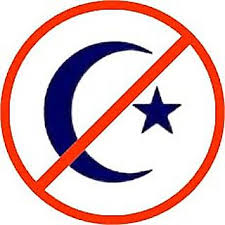 Hirsi follows the failed policy of attempting to categorize Muslims:

In the early days of Islam, when Muhammad was going from door to door in Mecca trying to persuade the polytheists to abandon their idols of worship, he was inviting them to accept that there was no god but Allah and that he was Allah’s messenger.

After 10 years of trying this kind of persuasion, however, he and his small band of believers went to Medina, and from that moment, Muhammad’s mission took on a political dimension. Unbelievers were still invited to submit to Allah, but after Medina, they were attacked if they refused. If defeated, they were given the option to convert or to die. (Jews and Christians could retain their faith if they submitted to paying a special tax.)

No symbol represents the soul of Islam more than the Shahada. But today there is a contest within Islam for the ownership of that symbol. Who owns the Shahada? Is it those Muslims who want to emphasize Muhammad’s years in Mecca or those who are inspired by his conquests after Medina? On this basis, I believe that we can distinguish three different groups of Muslims.

The first group is the most problematic. These are the fundamentalists who, when they say the Shahada, mean: “We must live by the strict letter of our creed.” They envision a regime based on Shariah, Islamic religious law. They argue for an Islam largely or completely unchanged from its original seventh-century version. What is more, they take it as a requirement of their faith that they impose it on everyone else.

I shall call them Medina Muslims, in that they see the forcible imposition of Shariah as their religious duty. They aim not just to obey Muhammad’s teaching but also to emulate his warlike conduct after his move to Medina. Even if they do not themselves engage in violence, they do not hesitate to condone it.

The second group—and the clear majority throughout the Muslim world—consists of Muslims who are loyal to the core creed and worship devoutly but are not inclined to practice violence. I call them Mecca Muslims. Like devout Christians or Jews who attend religious services every day and abide by religious rules in what they eat and wear, Mecca Muslims focus on religious observance. I was born in Somalia and raised as a Mecca Muslim. So were the majority of Muslims from Casablanca to Jakarta.

Sorry Ali, but you are greatly mistaken. Both groups are highly problematic. That is because Islam strikes as a two-tiered threat. The first being the violent aspect of Islam, the second being the stealth jihad that is taking place across the West. Or what I like to call the insidious threat of Islam. Which is far more dangerous than the violent aspect of Islam, and being that you were in Europe for so long I find it hard to believe that you do not see this. But then again, you are also against deporting Muslims….

That is besides the fact Apostate Ali does not have any say in the ummah (Muslim nation) at all. So her attempting to categorize Muslims is just an exercise in futility. It reminds of when people who are new to this subject point out that there are Sunni and Shias. As if their differences effect us at all. They don’t. Both groups want to dominate non-Muslims.

Coming up next: Apostate Ali’s five point plan is shown to be nothing more than wishful thinking.

9 comments for “Logan’s Warning to Hirsi Ali: Waiting for Islam to Reform is a Death Sentence Pt. ll”