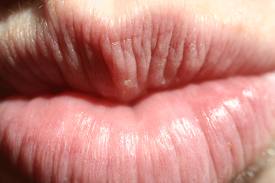 Approximately three months ago I was on Twitter talking to a woman about Islam and the UK’s Anjem Choudary. She was a Twitter friend of Fox’s Sean Hannity, and tagged him in an effort to bring him into our conversation. I had stated that I will give Choudary one thing, he does know Islam. Now Hannity could have and should have minded his own business, but the Fox anchor could not help himself. He quickly charged into the conversation by taking a stand for Islam. As you can see he made sure he capitalized the word “RADICAL”. So right off the bat Hannity is showing that he is either unformed on Islam itself, or does not have the courage to name the enemy. We proceeded to argue over whether Islam itself was the problem. At that point I sent him some Koran verse numbers to prove that Islam itself is the problem. That Islam calls for the dominance over non-Muslims whether we like it or not. On top of him defending Islam, he is also a Zuhdi (I’m selling America a bridge) Jasser supporter. I also sent him links proving that what Jasser is selling is not Islam. But Hannity took the easy way out and pretty much ignored them. Personally I think his ego is too overblown to ever admit he is wrong.

Hannity ducked the verses, told me there are “different interpretations” and threatened to block me on Twitter. 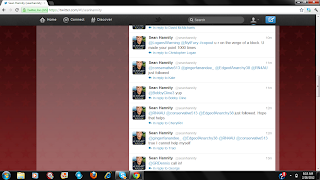 I told him that is leftist talk, and asked him to show me just ONE version that does not call for the dominance over non-Muslims. Of course he did not respond.

He definitely did not like being challenged. But I was not going to bow to him because he is on TV. The truth is more important! The argument ended with Hannity ignoring all the facts I had sent him, and him stamping his feet as he stated he will NOT say Islam itself is the problem. 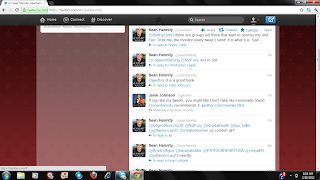 Then he blocked me.

I thought about posting this information when it happened, but wanted more ammunition. That ammo was sent to me last night. Sean had the ex-Ground Zero Imam Rauf on, and continued his Islamic ass kissing. Now I know some readers are thinking there is only so much he can say. Well that does not cut it anymore, and between the Twitter conversation and the following video we can see that he is passionate about defending Islam.

Hat tip on the video to SanFranCon.

Seans’ first mistake was reaching out to shake the hand of the Islamoconman. He is for Sharia Law, that makes him a clear enemy to America and deserving of no respect at all. At the 1:28 mark the Imam says “Islam is not the enemy of America.” Sean did not skip a beat and quickly agreed with him. Well Sean, Islam has been waging war on non-Muslims for 1400 years.

Maybe Hannity would like to explain the Koran verses above, or how about this one?

The Imam then goes on to apologize for some of his past statements, and Hannity actually believes him and basically thanks him. I guess Hannity missed the part about Mohammad instructing Muslims to lie. The Imam is using Sean as a tool of Islam, and he does not even know it.

At the 3:40 mark Hannity ignorantly brags that he separates “radical Islamists”, like the Muslim Brotherhood, Al Qaeda, etc, from Islam. Right Sean, it is all just one big misunderstanding. What they are doing has nothing to do with Islam. If the situation were not so serious, his line of thinking would be comical in a Keystone Cops sort of way.

From there Hannity mentions faith, and is clearly respecting Islam as it being on equal footing with Christianity. The message of Jesus was one of peace, Mohammad on the other hand was a perverted plunderer who enslaved people. Hannity has a lot of nerve implying they are both good religions, and then goes onto “peaceful” Muslims. For the most part “peaceful” Muslims are ones who are slowly taking over the West. The UK is a good example of that. Outside of the 7/7 attacks they are changing the country to suit Islam without firing a shot.

Moving on he talks about radio host Aaron Klein. For those who do not know he is also a Jasser supporter. Apparently there are a lot of big names in this who are living in a false comfort zone. “Muslims” will not resolve the threat to our future generations.

As if all that groveling were not bad enough Hannity says it was “horrible” when Pastor Jones burned the Koran. Talk about Islamic ass kissing! I did not think it was necessary for the Pastor to burn the Islamic hate manual. But the truth is that it deserves as much respect as Hitler’s Mein Kampf, and that is none.

Near the end of the video Hannity mentioned his “friend” Mike Ghouse. Mike is a so called “moderate” Muslim who made the mistake of responding to one of my emails. His attempted Islamocon was easily refuted, and he ran for the door. The link to this debate was also sent to Hannity. Of course he ignorned it. As I said, I don’t think his ego will allow him to admit he is wrong. He speaks of “extremists” wanting Sharia. But ignores the fact that Imam Rauf is openly pro-Sharia! In closing the Imam went on to sugar coat Sharia Law. Oh I forgot, Sean said there are “different interpretations”….the only problem is that he has not backed up his claim, and scholars such as Dr. Naik and those at Egypt’s Al Azhar freely admit that non-Muslims have less rights than Muslims under Sharia. Sean do you claim to know more about Islam than those scholars? I highly doubt it. Imam Rauf is playing you for the fool you are. Lose the ego and smarten up. The lives of your future generations are on the line here!

Sean can be reached HERE.

← LAPD Bows to Islam….AGAIN!
Queens NY: Islam in YOUR FACE! →