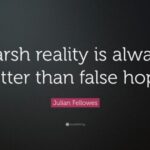 Wow has time passed by! Nearly a decade ago I penned an article titled “How do you win a war, When you Have no Answers?”. An article which featured quotes by so called experts on the issue of Islam or what some of them call Islamism. A term I refuse to use because it is politically correct terminology that lays cover for the threat of Islam itself.

END_OF_DOCUMENT_TOKEN_TO_BE_REPLACED

I know friends, because of my past interactions with him he will not respond to me. So instead I will find the answer to my question on his American Islamic Forum for Democracy (AIFD) website.

After putting on my Raiders of the Lost Arc gear….

END_OF_DOCUMENT_TOKEN_TO_BE_REPLACED

For years I have been saying in order to win the war with Islam, we must accurately name the enemy ideology. Which is something most of the MSM is just not willing to do. In fact to the detriment of America, they actually cover for the ideology.

END_OF_DOCUMENT_TOKEN_TO_BE_REPLACED

Hello friends! Tonight I will be making a return appearance on the America Akbar Show. With the bringers of truth, Gadi Adleman and his partner “in crime” Dee the Crimson Warrior!

Join us this Thursday as we welcome back Christopher Logan of “Logan’s Warning”. Chris had been our guest back on October 13 and as usual the conversation went way too quick and we didn’t even get to the main topic of ‘Why Islam can never reform’. Chris will be explaining why this can never happen

END_OF_DOCUMENT_TOKEN_TO_BE_REPLACED

Well friends,……..this is quite an honor. Sorry, I am trembling in anticipation over this once in a lifetime event. Today we have been invited to spend our afternoon in a Q & A with America’s #1 “reformer” of Islam. Please welcome the one and only Dr. Zuhdi Jasser!!!!! (Applause)