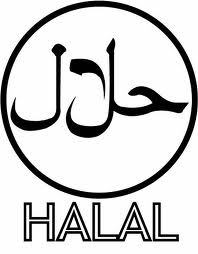 While many of us are fighting on a daily basis to keep Islam from taking over, there are plenty of non-Muslims that are just handing over the West to Islam. Do these people even consider what life will be like for their families future generations, under Islamic rule? They need to stop and think…

Hat tips to Jillian, and Barbie.

A council has triggered a backlash among parents and animal welfare groups after introducing halal-only menus at state schools.

Only meat from animals killed in line with Islamic teaching will be offered at 52 primary schools in Harrow, following a switch by ten secondaries to halal menus.

But parents have voiced concern over the methods used to slaughter animals in this way and say they haven’t been properly consulted over the changes.

Harrow Council is among the first in Britain to encourage halal meat. It says dieticians recommended the policy due to difficulties storing and preparing two sorts of meat.

According to the 2001 census, the North-West London borough is among the most religiously diverse areas in Britain.

Just under half of the population is Christian, a fifth is Hindu, 7 per cent is Muslim and 6 per cent Jewish.

The council says the composition of the area’s primary schools is now significantly different and the Muslim population is larger.

Halal slaughtering involves cutting through the large arteries in the neck with one swipe of a blade, while a Muslim butcher recites a religious verse. All blood is then drained away since the consumption of blood is forbidden under Islamic law.

Animal welfare campaigners say the method, which is exempted from welfare laws, is inhumane as animals are not stunned before being killed.