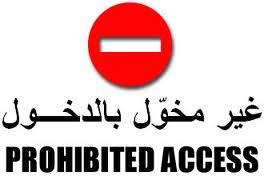 I was going to call it a night, but I just had to publish the following comical post. Less than an hour ago I was sent the following Tweet from our friend Jarrad Winter of Kuffar News.

For those who do know, the Freedom and Justice Party (FJP) is the political arm of Egypt’s Muslim Brotherhood. They won the recent election in Egypt, and President Morsi is one of the self-centered Muslims leading the fight to take away our freedom of speech. Apparently they do not like speaking to infidels who actually know about Islam. Well, I suggest they get used to it. Because Team Infidel is growing on a daily basis!