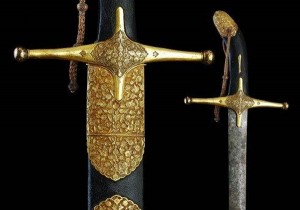 As promised, here is my continuing series on Islamic schools in America. Today’s subject is the Al Noor Islamic school, located at 675 4th Avenue Brooklyn NY.

Lets see what they are all about. From their home page.

Al-Noor has attained a K-12 status, and established itself as the largest Islamic School in New York with a student population of 623 (Elementary School: 435 students; High School: 188 students). Al-Noor is very much concerned with the general academic development of its students, their morals, values, and identity as Muslims. The efforts of the administration and faculty have proven that Al-Noor can offer its students a quality education to enter the best colleges, InshaAllah.

Moving onto one of the teachers. This is a blog entry from Abdulwahab Salusina.

For those who do not know, here is what Bai-at Ridwan stands for.

32. Here again the pledge taken from the Companions at Hudaibiyah has been mentioned. This is called Bai ‘at Ridwan. for Allah in this verse has given the good news that he became well pleased with those who on this dangerous occasion did not show the least hesitation in offering their lives for the cause of Islam and gave an express proof of their being true in their faith by taking the pledge on the hand of the Holy Prophet.

These kids are being taught about Islamic expansionism, and that it is good to lay your life on the line for Islam. Is this part of the assimilation process?

Lets see what other goodies Abdulwahab has for the children.

12G Islamic History: Compare and contrast the role of Salman the Persian and that of Nuaim Ibn Masud in the battle of Al-Ahzab.

Salman the Persian was a Muslim who laid his life on the line for Islam. Nuaim Ibn Masud was not religious at first, but later joined forces with Mohammad. The two of them are called companions of Mohammad.

12B&11B Islamic Studies: How did the hypocrites of Al-Madinah react when the Prophet (S.A.W.) started to mobilize the Muslims for the battle of Tabuk? Explain.

The so called hypocrites are the ones who did not want to join Mohammad in the battle of Tabuk. According to the Koran, their destiny is the following.

Koran verse 009.081
YUSUFALI: Those who were left behind (in the Tabuk expedition) rejoiced in their inaction behind the back of the Messenger of Allah: they hated to strive and fight, with their goods and their persons, in the cause of Allah: they said, “Go not forth in the heat.” Say, “The fire of Hell is fiercer in heat.” If only they could understand!

11G Islamic Studies: Name three of the things that you like the most, about Abu ad-Darda, and why?

Abu was also a companion of Mohammad.

Back to what Abdulwaba is teaching.

10G Islamic Studies: How can we prove that Allah is the Lord of everything? Support your explanation with any Ayah from the Quran.

Abdul is teaching the children that Allah commands all, just as the Koran does.

Koran verse 006.038
YUSUFALI: There is not an animal (that lives) on the earth, nor a being that flies on its wings, but (forms part of) communities like you. Nothing have we omitted from the Book, and they (all) shall be gathered to their Lord in the end.

10B Islamic Studies: Write briefly about Umar Ibn Abdul-Aziz, and explain why some of the Muslim scholars consider him as the 5th Rightly Guided Khalifah (Caliph).

This man was so devout and against what he considered to be “luxuries”, that he stripped his family to less than the bare minimum in the name of Islam.

In spite of the fact that Umar Bin Abdul Aziz was a loving father, he never provided his children with luxuries and comforts. His daughter Amina was his favourite child. Once he sent for her, but she could not come as she was not properly dressed. Her aunt came to know of it and purchased necessary garments for his children.

Unfortunately Abdul is not done yet.

How did the Emperor of Persia react to the Prophetic Dawah letter, and why? Explain. 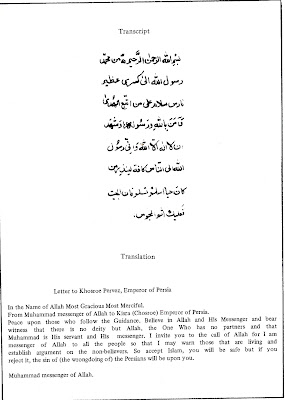 He tore it up, and he is to be applauded for that. Here is a clue teacher. Not everyone wants to accept Islam. Is that clear enough for you? Of course the answer that you want from your pupils is that the Emperor was misguided, or something to that effect.

“In the Name of Allâh, the Most Beneficent, the Most Merciful.
From Muhammad, the Messenger of Allâh to Chosroes, king of Persia.

Peace be upon him who follows true guidance, believes in Allâh and His Messenger and testifies that there is no god but Allâh Alone with no associate, and that Muhammad is His slave and Messenger. I invite you to accept the religion of Allâh. I am the Messenger of Allâh sent to all people in order that I may infuse fear of Allâh in every living person, and that the charge may be proved against those who reject the Truth. Accept Islam as your religion so that you may live in security, otherwise, you will be responsible for all the sins of the Magians.”

‘Abdullah bin Hudhafa As-Sahmi was chosen to carry the letter. Abdullah got his camel ready and bade farewell to his wife and son. He set out, alone, and traversed mountains and valleys until he reached the land of the Persians.

He sought permission to enter into the king’s presence informing the guards of the letter he was carrying. Khusraw Parvez thereupon ordered his audience chamber to be made ready and summoned his prominent aides. When they had assembled he gave permission for Abdullah to enter.

Abdullah entered and saw the Persian potentate dressed in delicate, flowing robes and wearing a great, neatly arranged turban. On Abdullah was the plain, coarse clothes of the bedouin. His head though was held high and his feet were firm. The honor of Islam burned fiercely in his breast and the power of faith pulsated in his heart.

As soon as Khusraw Parvez saw him approaching he signalled to one of his men to take the letter from his hand.

“No,” said Abdullah. ‘The Prophet commanded me to hand over this letter to you directly and I shall not go against a command of the Messenger of God.”

“Let him come near to me,” Khusraw said to his guards and Abdullah went forward and handed over the letter. Khusraw then called an Arab clerk who originally came from Hira and ordered him to open the letter in his presence and read its contents. He began reading:

“In the name of Allah, the Beneficent the Merciful. From Muhammad, the Messenger of God, to Khusraw the ruler of Persia. Peace on whoever follows the guidance . . .”

Khusraw only heard this much of the letter when the fire of anger burst within him. His face became red and he began to perspire around the neck. He snatched the letter from the clerk’s hand and began tearing it to pieces without knowing what else it contained and shouted, “Does he dare to write to me like this, he who is my slave”. He was angry that the Prophet had not given him precedence in his letter. He then commanded Abdullah to be expelled from his assembly.

Abdullah was taken away, not knowing what would happen to him. Would he be killed or would he be set free? But he did not want to wait to find out. He said, “By God, I don’t care what happens to me after the letter of the Prophet has been so badly treated.” He managed to get to his camel and rode off.

When Khusraw’s anger had subsided he commanded that Abdullah be brought before him. But Abdullah was nowhere to be found. They searched for him all the way to the Arabian peninsula but found that he had gone ahead.

Back in Madinah, Abdullah told the Prophet how Khusraw had torn his letter to pieces and the Prophet’s only reply was, “May God tear up his kingdom”. 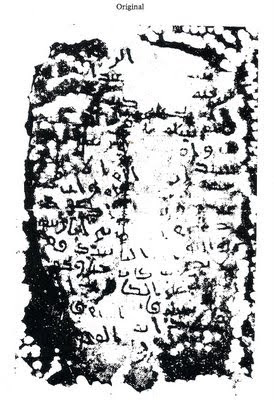 As you can see, these children are being taught about Islamic war and conquest. These are teachings that non-Muslims should know, but this knowledge in the hands of young Muslims could easily lead to trouble. Including a possible future Islamic led civil war within America.