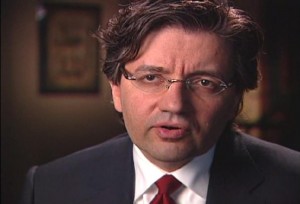 The ACT! Team Runs Away From Zuhdi Jasser Debate