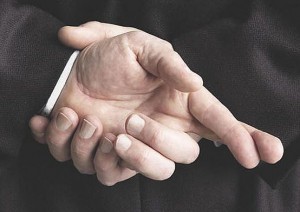 While the Islam is a religion of peace falsehood continues to spread across the world, the truth is that Islam allows lying, rape, and what non-Muslims would consider murder. There is nothing peaceful about these actions, and I will prove my claims in a three part series.

I have stated over and over that Islam is a bunch of double talk. It is true that some verses of the Koran and aHadith speak out against lying.

YUSUFALI: In their hearts is a disease; and Allah has increased their disease: And grievous is the penalty they (incur), because they are false (to themselves).

YUSUFALI: Woe to the falsehood-mongers,-

‘Abdullah reported Allah’s Messenger (may peace be upon him) as saying: It is obligatory for you to tell the truth, for truth leads to virtue and virtue leads to Paradise, and the man who continues to speak the truth and endeavours to tell the truth is eventually recorded as truthful with Allah, and beware of telling of a lie for telling of a lie leads to obscenity and obscenity leads to Hell-Fire, and the person who keeps telling lies and endeavours to tell a lie is recorded as a liar with Allah.

These condemnations are only against certain types of lies though.

Here the Koran allows Muslims to lie in a way that can easily mean to hide their pro-Sharia agenda from non-Muslims.

YUSUFALI: Let not the believers Take for friends or helpers Unbelievers rather than believers: if any do that, in nothing will there be help from Allah: except by way of precaution, that ye may Guard yourselves from them. But Allah cautions you (To remember) Himself; for the final goal is to Allah.

The Hadith tells us that lying in OK in three other circumstances.

Finally these types of permissible lies are reinforced in Islamic Law.

“I did not hear him permit untruth in anything people say, except for three things: war, settling disagreements, and a man talking with his wife or she with him (A: in smoothing over differences).”.

This ruling obviously leaves the door open for all types of lies.