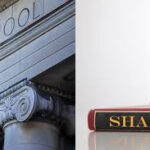 For years I have been saying things that many people just do not want to hear and face. One being that Muslims do not have to be anywhere near the majority of America in order to be a threat and make major changes to the country. Because they know just who to target. Our media, our politicians, and our universities. A second being that the Saudis are no allies of America. The third is that Islam cannot be protected as a religion and defeated at the same time.

END_OF_DOCUMENT_TOKEN_TO_BE_REPLACED 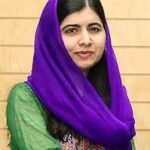 For those who do not remember, Malala Yousafza was shot in the face by the Taliban. A sad story for sure, but there is much more to it than what the mainstream media tells us. While the media solely portrays her as a victim and champion of human rights, there is sinister side to her. One that is out to destroy Western Civilization as we know it.

END_OF_DOCUMENT_TOKEN_TO_BE_REPLACED

Do we believe that Muslims in America are different from Muslims elsewhere? Are we still holding onto that fantasy of wishful thinking? I’m not and unlike the mainstream media will continue to expose the internal threat of Islam in America. In doing so today we take a flashback to the Al-Farooq Mosque out of Atlanta Georgia. A mosque that I reported on back in later 2013. Documenting Imam Mohammad Khalid’s calls for Qurbani. A sacrifice….I mean bloodfest for Allah.

END_OF_DOCUMENT_TOKEN_TO_BE_REPLACED

Approximately three months ago I was on Twitter talking to a woman about Islam and the UK’s Anjem Choudary. She was a Twitter friend of Fox’s Sean Hannity and had tagged him in an effort to bring him into our conversation. I had said that I will give Choudary one thing. He does know Islam. Now Hannity could have and should have minded his own business, but the Fox anchor could not help himself. He quickly charged into the conversation by taking a stand for Islam.

END_OF_DOCUMENT_TOKEN_TO_BE_REPLACED

Recently during my online debates with Muslims, some of them have stated that Islamic Law is for non-Muslims only, or that it grants equal rights to Muslims and non-Muslims. Neither statement is even close to being true.

END_OF_DOCUMENT_TOKEN_TO_BE_REPLACED

On 911 of 2001 Islam shook America, and the response by our so called leaders, George Bush included, was to embrace Islam. This line of thinking is the equivalent of Jews embracing Nazism. Unfortunately this line of thinking has also trickled down to the much of the public, and still continues today. Another example of this is an upcoming “Unity Walk” on the the 10Th anniversary of 911, taking place in Washington DC.

END_OF_DOCUMENT_TOKEN_TO_BE_REPLACED

Good morning friends. About 30 minutes ago I woke up in order to head over to Washington to have a face to face with the UK’s Shariah loving Anjem Choudary. Unfortunately, but not unexpectedly, he has cowered out and is staying in his little UK nest.

END_OF_DOCUMENT_TOKEN_TO_BE_REPLACED

As expected, Muslims across the world have started to lock arms in their quest to impose Shariah Law (Islamic Law) on all. For the most part, Muslims in America had confined this call to their barracks…..,errr, I mean Mosques and Islamic conferences. Now, in a brazen display of united force, Muslims calling for the adoption of Shariah in this country plan to march near the White House on March 3rd. The leader of the pack is the U.K.’s Anjem Choudary, a Muslim cleric.