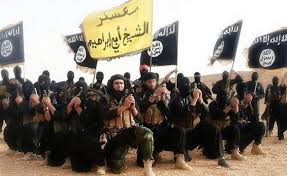 In a recent Associated Press article a Muslim Imam exploited the author’s ignorance, and told him that IS is “spreading perverted version of Islam”. Along with another major lie about Mohammad. Today I will do one of the most important things we can do in the information war with Islam, counter his false claims.

I will skip right to the part that non-Muslims should be concerned with.

Beganovic, who preaches every week to a full mosque, tells his followers that groups like IS are spreading a “perverted version of Islam.”

Well, technically he is correct because Islam itself is perverted (sexually), but for the sake of exposing his propaganda ploy I will play along.

If we take a look at the Koran we see that the IS’ taking and selling of sex slaves is perfectly legal in Islam. 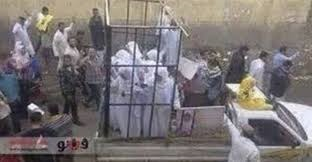 Upon another look at the Muslim war manual, we see that the IS’s persecution of Christians is indeed a directive from the Koran.

Back to the lying Imam:

“When did (the Prophet) Muhammad ever behead anyone?” he said. “When did he take a knife and slaughter an innocent journalist?”

Narrated Abd-Allah ibn Umar: Banu Nadir and Banu Qurayza fought (against the Prophet violating their peace treaty), so the Prophet exiled Bani An-Nadir and allowed Bani Quraiza to remain at their places (in Medina) taking nothing from them till they fought against the Prophet again). He then killed their men and distributed their women, children and property among the Muslims, but some of them came to the Prophet and he granted them safety, and they embraced Islam. He exiled all the Jews from Medina. They were the Jews of Banu Qaynuqa, the tribe of Abdullah bin Salam and the Jews of Bani Haritha and all the other Jews of Medina.

“The Jews were made to come down, and Allah’s Messenger imprisoned them. Then the Prophet went out into the marketplace of Medina (it is still its marketplace today), and he had trenches dug in it. He sent for the Jewish men and had them beheaded in those trenches. They were brought out to him in batches. They numbered 800 to 900 boys and men. As they were being taken in small groups to the Prophet, they said to one another, ‘What do you think will be done to us?’ Someone said, ‘Do you not understand. On each occasion do you not see that the summoner never stops? He does not discharge anyone. And that those who are taken away do not come back. By God, it is death!’ The affair continued until the Messenger of Allah had finished with them all.”

Hopefully one day the mainstream media will do some research on Islam, and start questioning the statements of Muslim propagandists. Until then, you can always count on North American Infidels! Please join us on Facebook by clicking HERE.

← Pamela Geller’s Hypocritical Support of a “Reformation of Islam”
German Interior Minister: The Attack in France has Nothing to do With Islam →

17 comments for “Media Failure Alert! How ISIS is Fueled by the Koran”