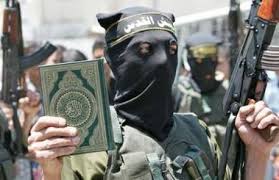 For years I have been asking how can we defeat an enemy if we cannot even name it? Not only is the media complicit in this matter, so are many non-Muslim politicians.

Germany not sure? De Maizière warns against panic-mongering

Berlin – According to the German police union (DPolG) is the Federal Republic not safe from terrorist attacks. It lacked a long-term strategy, the criticism. Interior Minister Thomas de Mazière warns, however, against panic-mongering.

Interior Minister Thomas de Maizière (CDU) after the attack, suspected Islamists in Paris with at least twelve dead from fear-mongering in Germany warned. “We have no indication for similar attack plans in Germany or concrete evidence of terrorist motivated attacks in general in Germany,” said the Secretary. “The situation is serious. There is reason for concern and as a precaution, but not to panic.” Before the background of the demonstrations of anti-Islamic Pegida movement said De Maizière: “The extremist Islamism, Islamist terrorism, is something quite different from the Islam And this differentiation is urgently needed just on a day like today.”.

The deadly attack on the religion critical French satirical magazine “Charlie Hebdo” in Paris had indeed no direct impact on the security situation in Germany, the union president Rainer Wendt said Wednesday the German Press Agency Berlin, Germany but had long targeted by Islamist terrorism, the threat is still high. “The attacks come closer and closer,” he warned.

Can the IM show us the book or scriptures of “Islamism”? Of course he cannot, because there is no such thing. But I can show him the book of Islam, and it breeds terrorism. It is called the Koran.

Sahih International
And prepare against them whatever you are able of power and of steeds of war by which you may terrify the enemy of Allah and your enemy and others besides them whom you do not know [but] whom Allah knows. And whatever you spend in the cause of Allah will be fully repaid to you, and you will not be wronged.

Can the IM show us the word Islamist in the Koran? No he cannot, because it is not in there. But the word Muslim is certainly in it.

A Muslim was exactly what Mohammad was.

Narrated Abu Huraira:
Allah’s Apostle said, “I have been sent with the shortest expressions bearing the widest meanings, and I have been made victorious with terror (cast in the hearts of the enemy), and while I was sleeping, the keys of the treasures of the world were brought to me and put in my hand.” Abu Huraira added: Allah’s Apostle has left the world and now you, people, are bringing out those treasures (i.e. the Prophet did not benefit by them).

My advice to the IM and all other non-Muslim politicians is that you had better start loving your future generations and country, more than you care about “offending” some so called “moderate” Muslims and start speaking the truth if you want to save both from Islamic rule. Because as of now, Islam is slowly bringing the darkness upon Western Civilization. 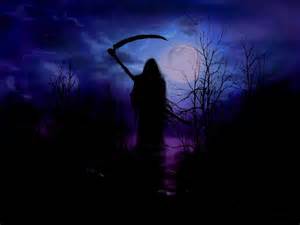 ← Media Failure Alert! How ISIS is Fueled by the Koran
The Economist: Islam can Reform…. →

6 comments for “German Interior Minister: The Attack in France has Nothing to do With Islam”