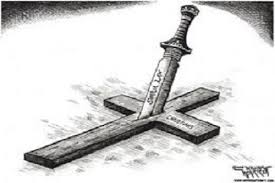 Recently walking down a NYC street I had noticed a halal cart in a strange location. 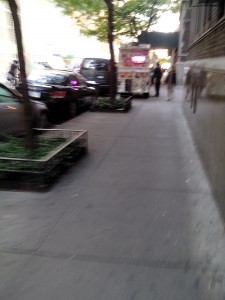 I thought it was strange that it was on such a narrow secluded street and so close to a building. Because most of the carts I have seen are located on the corners of blocks in order to maximize the amount of traffic that passes it. At that point I continued to approach the cart to do a further investigation. 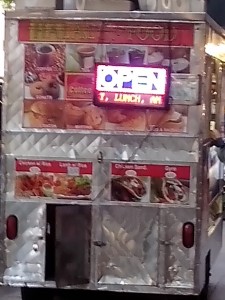 The location of the building the Islamobullies are invading is 415W 59St., and it is connected to the St. Paul The Apostle Parish and Residence of Paulist Fathers, which is located around the corner. 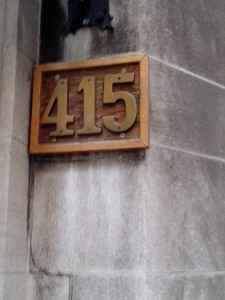 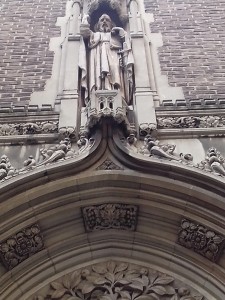 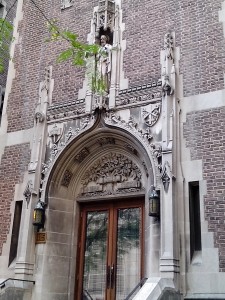 Placing this cart in front of a Parish is an outright assault on Christianity. As Islam calls for dominance over Christianity, by force if necessary.

That is just the beginning of what Islam has in store for Christianity….

Leading to the ultimate destruction of Christianity. Done by the hands of the Islamic version of “Jesus”.

Besides all of that it is disrespectful just to sell halal meat outside of a Parish. It is the equivalent of placing a pork stand outside a Mosque.

“From the Christian standpoint, Allah would be an idol,” Mark Biltz of El Shaddai Ministries told WND.

What does the Bible REALLY say about what’s considered food and what isn’t? Find out, plus learn the spectacular destiny of mankind that’s rarely mentioned in church in this autographed No. 1 best-seller!

In a sermon last weekend which he posted online, Biltz explained, “In order for it to be halal, they have to slaughter the animal facing Mecca … and they have to say this prayer about Allah is great and greater than all other gods. Muslims can only eat food that is halal, that has been sacrificed to their idol, Allah … and with Allah’s name prayed over it.”

“You could be eating beef, chicken, etc., offered up to Allah and not even know it. I can just imagine at a Passover Seder the caterer unbeknownst to anyone is serving halal meat! It could be on your pizza without you knowing it, or at your favorite restaurant. People don’t realize they could be eating meat sacrificed to idols!”

“Stay away from food that has been offered to idols (which makes it unclean), any kind of sexual sin, eating animals that have been strangled, and blood.” (Acts 15:20, New Century Version)

After snapping a few pictures I approached a man exiting through a side door of the building. He had told me that besides the mega-Church around the corner, the building addressed 415 also had a private Church and is a residency of the Parish’s Fathers. A call to the Parish confirmed that it was a residency as well.

What was the proximity of Satan’s food cart to the Church? 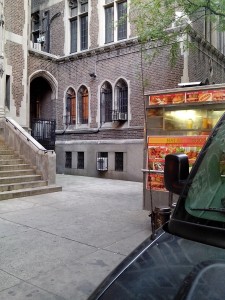 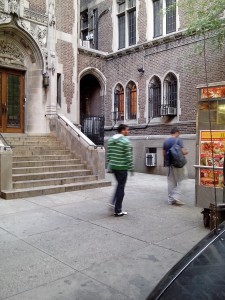 What was that about Islam/Muslims respecting Christianity?