If you follow my site you most likely know that Islam is an ideology of conquest. Calling for the dominance over non-Muslims whether they like it or not. Which shows that Muslims do not respect the wants and beliefs of non-Muslims no matter how much they say they do.

END_OF_DOCUMENT_TOKEN_TO_BE_REPLACED 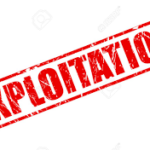 Working on a tip from a Logan’s Warning teammate I ventured into Queens today in order to check out the activities at Church foodbank. Unfortunately like past tips, it was true. Muslims were once again exploiting the freedoms of America.

END_OF_DOCUMENT_TOKEN_TO_BE_REPLACED

Recently walking down a NYC street I noticed a halal cart in a strange location.

END_OF_DOCUMENT_TOKEN_TO_BE_REPLACED

Hello friends! I have a story I would like to share with you. But before I tell you what happened, please keep in mind that I am not saying what the woman on the bus told me is true. I am just doing my part in the war with Islam.

END_OF_DOCUMENT_TOKEN_TO_BE_REPLACED

Unfortunately today we see another example of Western Civilization committing its slow suicide. St. Mary’s Episcopal Church which is led by Rev. Paul Briggs, has opened his Church to a religion that is out to destroy all other religions. He has temporarily rented out the Church basement, and allowed it to be turned into a makeshift Mosque which is being used by dozens of Muslims. Judging by his comments we can see that he is uniformed on Islam.

END_OF_DOCUMENT_TOKEN_TO_BE_REPLACED

Tomorrow morning I will be joining Dr. Jones, and other members of Dove World Outreach Center. We will be meeting at the Corner of Vesey St and Church St, at 11 AM on November 16Th. From there we will march to 51 Park Place, which is site of the proposed Ground Zero Sharia Mosque, and there Dr. Jones will be holding a press conference. He will be speaking about the worldwide threat of Islam, and the failure of the Church to address the issue. The threat of Islam is growing by the day, and silence is not the answer. So whether you are an Atheist, Buddhist, Christian, Jewish, etc, please join us tomorrow morning. It is time to put aside our differences and unite against a common enemy. Islam is a threat to us all!

END_OF_DOCUMENT_TOKEN_TO_BE_REPLACED

Yes we can, yes we can…..no I am not Obama, I mean well. But I am saying yes we can in regards to non-Muslims, defeating the Islamic movement in the West. As of now we do not have enough of the right politicians in office, that will fight this fight for us. All we have is each other, so we need to put aside our differences, and stand together against Islam. If not our families future generations, will suffer under Islamic rule. This is a very encouraging victory, great work infidels!