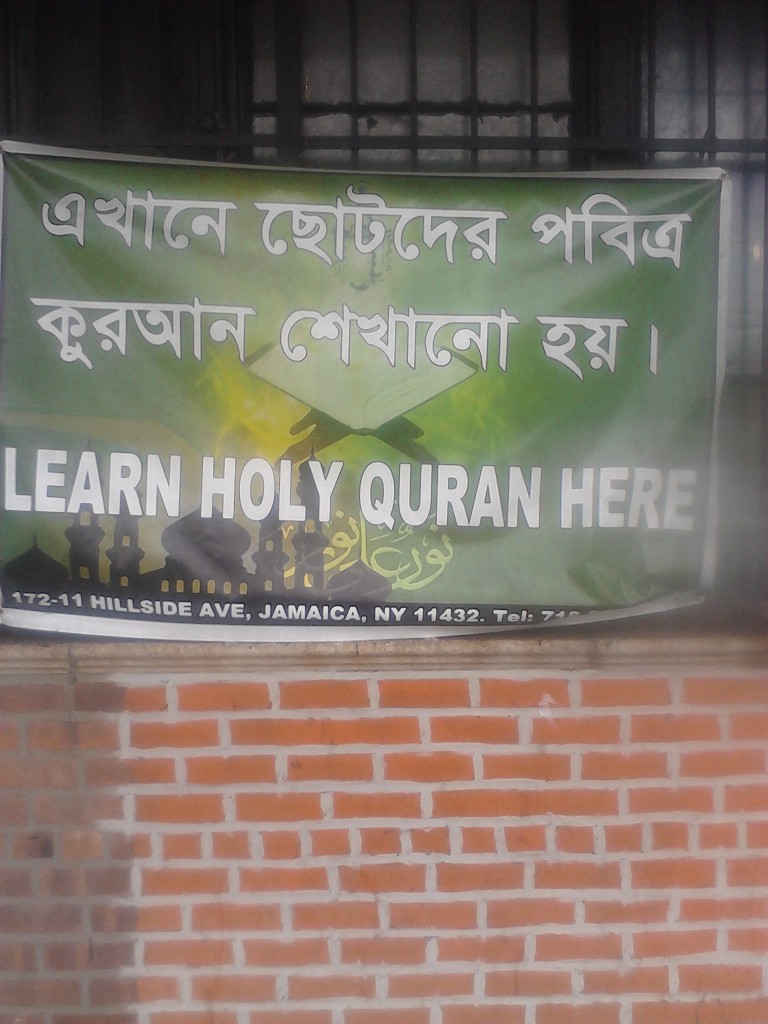 You do a wonderful job acquainting your readers with the Koran, and quoting its verses. Here is a topical example of how much that is needed. Tim Marshall of Sky News speaks to prisoners in Syria.

“What is the future in Syria for the minorities …?
“O.K., they have three choices, either they became a Muslim, or they have to pay the jizya, or to be killed.”
“Do YOU believe this?” he asks incredulously, and to the interpreter,
“Does HE believe this?”
“It is the reality”, the interpreter replies,
“He believes in it, after having the khilafa [Caliphate], until the muslims they became strong, and they can impose that.”
“Is this what you WANT ?”, asks Marshall,
“Yes.”
“And you believe this ?”
“Yes.” http://www.news.sky.com 8 Dec 2012

So many reporters need education about Islam. If only he would follow Logan’s Warning.

Keep up the good work. We are with you.

Quote:
“It is the reality”, the interpreter replies,
end

No it’s not.
Reality isn’t democratically elected.
The majority does not determine what reality is.
What you’re seeing is the tyranny of the majority– not democracy at all.
Here is an example of reality:
the sun will rise tomorrow morning.
No one chooses that it will, it just does.
But people choose to be cruel.
They choose to exact the jizya, they choose to kill those who do not pay it.
The Ummah must take responsibility for all the evil it does and contemplates doing.

The speaker in the “100s of Chicago muslims take to the streets..” post of 1 Dec. said:

“The solution is to truthfully and accurately present the Prophet…”
and on a placard: “The BEST example. The BEST role-model”.

This is what Logan’s Warning has been doing all along. It is the solution.

Truly, truly, Islam is profane.
Mohammed is a false prophet.
And any state set up on Muslim principles is evil, and will do only evil.

It’s time for people to realize that islam is Satanism. It espouses the same evils that a Satanic cult condones – sacrifice, murder, rape, pedophilia and more. Like Satanism, islam is rife with sexual tension. Muslims are happiest when there’s blood running down the street in rivers. It excites them. Animals kill for food; muslims kill for pleasure.

Again and again to shout it from the roof-tops, Mohammad is guilty of plagiarism to steal from the hebrew Torah and the christian Bible since there were no copyrights at that time(go figure) and the rest is satanically inspired. Even Mo himself stated he believed, that he was demon possessed. Islam is of satan; a political ideology bent on world domination via the sword, Dhimmy status,and Mafia money.It is hiding under the thinly veiled cloak of religiosity.Why on earth can the looney left not see this. Can they not read the koran themselves. Had the german people read Mein Kampf, perhaps it it would not have come to the Holocaust. Does history repeat itself? People heed Logan’s Warning and read the Koran, highlight the murderous sentences for there are many and prevent another Holocaust.

The loony left won’t read the unholy quran. They don’t want to hear the truth about islam. They want to go through life with blinders on, believing that everyone is inherently good. But when people are brainwashed from birth into Satanism, they have no hope of ever changing.

yes, many on the left and I have even heard some on the right (Republican and Christian and usually not a left leaning person)defend islam just because they ‘know a moslem they like’.

It is the same logic that ‘knowing islam’ means to pick and chose a moslem they like – the way the Muslim Brotherhood front groups and representatives tell our religious leaders to do to know islam.

Muslims are likeable when their numbers are small. When the numbers increase, the violence used for the takeover appears. It is part of their strategy. Don’t trust them.

How about a “Learn About the Koran” reference facility on Logan’s Warning ?
Here are some quotations to make a start:

TREATMENT OF WOMEN IN THE QURAN:
quran 2:228 – men are a degree above women
quran 2:223 – Your wives are as a tilth unto you; approach your tilth when or how ye will (SODOMY IS OKAY)
quran 4:11 – in inheritance, males shall have the equal portion of 2 females”
quran 4:3 – Marry women of your choice, 2 or 3 or 4 (BIGAMY AND ADULTERY ARE BOTH CONDONED)
quran 4:34 – leave women alone in the sleeping-places and BEAT THEM

Bukhari (6:301) – “Muhammad said, ‘Is not the evidence of 2 women equal to the witness of 1 man? This is the deficiency in her intelligence.”

Volume 1, Book 9, Number 490:
Narrated Aisha:
The things which annul the prayers were mentioned before me. They said, “Prayer is annulled by a dog, a donkey and a woman. “I said, “You have made women equal to dogs and asses.”

The words of The Pervert Mohammed on his death bed:
“Allah permits you to shut women in separate rooms and to beat them. If they abstain from evil, they have the right to food and clothing. Women are like domestic animals and do not possess anything of their own. You have taken them only as a trust from Allah and you have made the enjoyment of their persons lawful by the word of Allah,”

They misspelled holy – it should be ‘hole-y’
koran!