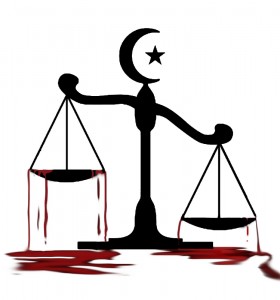 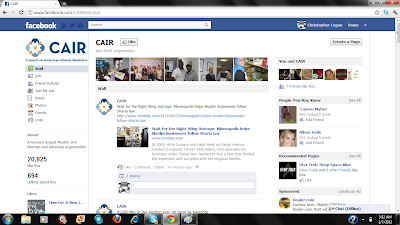 The same thing is happening in Spain and France and other countries. When are people going to fight to keep their countries?
Muslims are not going to assimilate into any culture, they plan to take it over and destroy it. I don’t go to any muslim business and I tell others not to go. Peace to all non-muslims who love their country.

Agreed. lets keep in mind that virtually everything the Islamists touch eventually turns into a filthy hell hell of genocides, famine, disease and sadness.

Some of us have been around long enough to remember “Charlie Tuna” the wantabe fish that was never good enouch to qualify for Chicken-of-the-Sea canned tuna. Islam is like Charlie Tuna, because it is a primitive ideology that tries to claim legitimacy through its association with clueless dhimmi Chrislam preachers and government officials. Prohibiting interest on borrowed money is a primitive concept that can’t possibly work in a capitalist economy. Islamists employ numerous ruses to get around it, but if they just considered for a moment how backward most of the Islamic world is economically, they would abandon that practice in a heart-beat. Charlie Tuna is still at sea.

Let all of us in this fight against Islam in the USA stop making reference to only Christian pastors in the interfaith meetings and dialogues with Muslims and include the just as many, if not more, Jewish rabbis engaging in them also. Fault them as well. Many rabbis hold interfaith meetings and dialogues with Muslims ONLY. They allow imams to preach at synagogues on a regular basis. Yes, they are clueless dhimmis also.

Here is one Meadow. Rabbi Schneier.

I remember that insane event. Your coverage of it was excellent.

Muslim organizations were / are thrilled to have rabbi Jeremy Schneider as well as the others furthering their agenda. Mohamed Elibiary is no doubt laughing at them as he is all the others:

Here is one more Muslim organization that has the same article about rabbi Jeremy Schneider:

In case you haven’t seen this, take a look (try not to puke as I almost did)and after you read the names of the Supporters of ‘The Alternative Leveson inquiry’, click on it’s link:

There are numerous deluded ones (rabbi Eric Yoffie who advocates building ties with the ISNA, rabbi Bob Kaplan, rabbi Bernie Fox, rabbi Jonathan Sacks (world famous), rabbi Ammiel Hirsch, and too many others to list here that need exposing and educating.

There are many of types of these “Foundations” and “Congresses” not only in the US, but other countries:

Keep up your EXCELLENT work!

Thanks, I wanted to talk to Imam Rauf and Russell Simmons that day, but they were hiding in a tent with police guards.

What these “Rabbis” are doing is the equivalent of them supporting Nazis. They are a disgrace to Jews across the world.

Thanks for the links!!

The taxpayer bailout of AIG is being challenged as unconstitutional, on the grounds that applying taxpayers` funds to Shariah-compliant uses violates the Establishment Clause of the First Amendment. In Shariah finance a percentage of profits has to go to Zakat, Muslims-only “charity”, and a portion of that goes to fund Jihad.
http://www.AtlasShrugs2000.typepad.com 30 Jan 2012.

Watch that space. The case (Murray v. Geithner et al) is being taken by The American Freedom Law Centre (the excellent David Yerushalmi and Robert Muise).

If the point be proven, then presumably Minneapolis City is in violation likewise.

Those who want sharia law in the West should ask themselves whether they are prepared to allow Muslim males to own their wife. This primitive custom has enabled Rafiqul Islam of Bangladesh, to cut off the fingers of his wife’s right hand. This young woman, Ahawa Akther, committed the crime of pursuing higher education without her husband’s permission. Source – The Freethinker, a UK magazine which has printed a photograph of the victim with a heavily bandaged arm.
There was a recent report of a Muslim male in Canada who gouged out his wife’s eyes for the same reason. I have always been against the death penalty, but would now support it’s use for these crimes.

islam offers justification for all such vile acts, an evil as god ideology that only thugs and murderers appreciate. It’s a criminals day dream. No wonder it makes easy inroads into prisons.

Absolutely right, New Crusader. Muslims convert criminals in prison by telling them that their foul deeds are perfectly acceptable to Islam, ie paedophilia, domestic violence, robbing the infidel, raping nonMuslim women. The attitude in Islam appears to be ‘you want it, we got it’.

America Under Attack: Muslims Take on NYPD! | The Dangers of Allah

[…] on January 26Th, one of the biggest enemies of America, the Cancer on America Islamic Relations (CAIR) held a City Hall press conference. In which the NYPD was the target. The conference was lead by […]