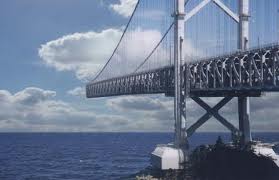 Well unfortunately the Queen of False Hope, Brigitte Gabriel, is back to doing her thing. Spreading false hope and censoring those who call her on her “moderate” Muslims are coming to the rescue nonsense. After my last encounter with ACT! in which the queen took a massive beating on FaceBook, and the fact that Zuhdi Jasser’s colleague Raquel Evita admitted to me that their “moderate” campaign has NO Mosque support, you would think Brigitte would be an adult and admit she was wrong. Or at a minimum, change course. But apparently the queen’s ego is too big, and or the money coming in from telling people what they want to hear is just too good to give up. Either way, her message of “moderates” coming the rescue is detrimental to America. It did not happen in the UK and it will NOT happen here.

This afternoon my anti-Islam friend Tommy Hunt (please friend him on Twitter), alerted me to an email that ACT! had sent out to it’s chapter leaders. (I know there are a lot of great foot soldiers in ACT! who do not agree with Gabriel’s “moderate” message. This is not about them. This is about Queen Gabriel.)

This is a letter I didn’t want to write. I regret having to write it.

As you know all too well, the resistance movement is filled with brave souls who may differ in their respective conclusions and tactics regarding radical Islam.

ACT! for America has worked hard to earn the respect of lawmakers and other decision makers around the nation regarding our careful attention to utilizing only documented facts and avoiding unnecessary rhetoric. As a result, Lisa Piraneo can walk into a growing number of Congressional offices and get a sincere hearing

LW: I remember when I first took on this issue, there were plenty of Brits who did not want to lay the blame on Islam itself. They also were saying “radical Islam”. How did that work out?

Back in March Brigitte stated that Zudhi Jasser “truly” represents Muslims in America. That is not a documented fact. That is a flat out lie!

I expect that not everyone in this movement agrees with all of our strategies and tactics. That’s okay. We welcome opportunities to discuss these differences, maintain coalition opportunities, and build bridges when necessary. At times we find we agree more than we realized. Sometimes, there is simply an understanding to agree to disagree and each party moves on.

LW: That is another lie by Gabriel. It is well known that she went on a blocking frenzy on Facebook after my last encounter with ACT!. She was even blocking those who were being very respectful to her. Such as Dawn Ellen, and Melanie Oberg.

We respect those who disagree if they truly have a desire to make a difference in the protection of the nation.

Is that so? From one of the queen’s guards, Guy Rodgers:

It’s easy for armchair quarterbacks like Mr. Logan to post on their blogs from the sidelines and snipe at those of us actually on the field fighting the fight.

From her other guard Kelly Cook:

Logan, let us know when you’re ready to roll up your sleeves and actually do something rather than armchair quarterback the real achievers in this war. Until then, please think before you open your mouth.

Christopher Logan is a man with radical views and has nothing better to do than to sit around and blog about other people like Brigitte Gabriel and Guy Rodgers who are actually making a tangible difference.

At this point Gabriel reminds me of a politician who will say anything to just to get through the moment.

Usama Dakdok, a pastor in Florida, contacted us several months ago in a letter that refused to allow for any disagreement on the issue of the existence of moderate Muslims. He flatly stated that:
1) Moderate Muslims do not exist.
2) That any effort to say otherwise is an extreme error.
3) And that if we didn’t agree with him in full, he threatened the following: “We need to talk. The matter is very urgent. Please call me back. I will not send you another email. If you choose to ignore this email, I must teach the truth concerning you and your organization as Christ commands me to do.”

For the record, we absolutely reached out to him in an email that explained in detail that no group is monolithic. Are all Christians devout? Is every volunteer in ACT! for America as energetic and motivated as the next? The answer is a resounding “no” for any group ever organized.

LW: It is true that not all are equally motivated, but even if they are just paying zakat (charity) they are part of the problem.

Neither are Muslims a uniform group of equally passionate individuals. The full spectrum is represented in every group between those who are very devout to those who were simply born to parents who say they’re Muslim. These are cultural Muslims or moderate Muslims. They care little about reading the Koran or praying.

There is another category of moderate Muslims as well. This group believes the Koran, Hadith and the Sira have been misinterpreted over the centuries. They are trying to reform the rest of Islam into a growing number who reject mainstream interpretations on jihad and Sharia law (as elaborated in such works as Reliance of the Traveler). Leaders such as Zuhdi Jasser, Manda Irvin and Tawfik Hamid are a few of the brave souls who have willingly painted a bullseye on their back against the purveyors of Sharia. To turn a blind eye to these courageous leaders would be a grave injustice.

LW: You really messed up here Brigitte. You are implying that you have read the Reliance of Traveller. Well if that is true you would know that it says if a Muslim denies any verse of the Koran they have apostatized.

(7) to deny any verse of the Koran or anything which by scholarly consensus belongs to it, or to add a verse that does not belong to it:

It is ludicrous to believe that the Islamic community is going to play follow the leader with Jasser and co., and that is shown in the fact that Jasser’s “moderate” campaign has NO Mosque support. That is besides another fact, which is that Jasser helps have Mosques be build here. How come the Mosques he helps build are not pushing his message?! I know queen, you hate the tough questions! Maybe Gabriel would at least like to explain how adding more Islam to the equation helps the situation? I highly doubt it though.

(Hat tip on the picture to warrior Marine Jarrad Winter.)

We are not going to win this war with your message. It is the equivalent of going to the doctor and being told you have a life threatening disease, but the problem will end up resolving itself. The proof that the “moderate” message is a huge failure is right here:

How much more time should be wasted in promoting that notion? How much longer until Gabriel, Daniel Pipes, Frank Gaffney, and Brooke Goldstein admit they need to change course? Five years, 10, 20?

This is what I attempted to explain to Mr. Dakdok. He never contacted us again.

Yesterday I received a heads up from a chapter leader in Missouri. Mr. Dakdok had reached out to him directly and asked to come to his chapter as a guest speaker so that, presumably, he can inform the chapter about what he believes are grave errors in judgment by ACT! for America.

Of course the queen wouldn’t want that….

We’re not thin-skinned. We don’t lose any sleep knowing not everyone agrees with everything we do. That goes with the territory of doing this kind of work.

Sure you are. That is why you turned Commie and silenced all of those people criticizing you on Facebook.

However, it is quite another thing for someone to issue an ultimatum and in effect threaten the organization, and then try to go behind our back directly to our chapters in order to undermine our efforts to protect the greatest nation in the world.

I respectfully request that you keep this in mind should you be contacted by this individual. In order to win, we must keep our eye on the prize while respectfully dealing with situations such as this.

In other words she is blacklisting Mr. Dakdok.

There is another factor to consider. Mr. Dakdok’s presentation does not align with our non-sectarian policy for chapter meetings. While we respect his love for Christianity, a chapter meeting is not the place for this message. We are non-sectarian because we want anyone to be able to feel comfortable addressing radical Islam, whether Christian, Jewish, Hindu, Sikh, Budhist, atheist, etc. (Refer to chapter manual for more details.)

ACT! could have just asked Mr. Dakdok not to proselytize his religion during his speech. But that is not what his blacklisting is about. It is all about Gabriel not wanting more of her organization waking to up to her message of false hope.

ACT! for America has become the largest national security grassroots organization through discernment, hard work and strategic thinking. As we grow larger, you can expect the debate to intensify. Thank you for everything you do and your support of ACT! for America.

Speaking of debate Brigitte. Instead of sending your two henchman or the naive and ignorant Chris Slick here, why don’t you come out of the shadows and debate me on this? Explain how Islam will reform. If you are being honest with America you will be able to back up your argument, right? None of your employees could do it, Jasser included. So now it is on YOU.

I’ll start with three translations of Koran verse 10:64. How is Jasser going to get around this?

The floor is yours BG: 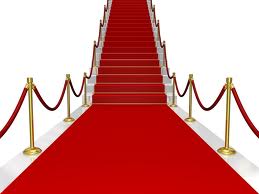 ← Saturday Morning Cartoon Follies….
ACT!’s Damage Control: They Cannot Defend Their “Moderate” Position, so They lie and Bash as they Hide in the Shadows… →