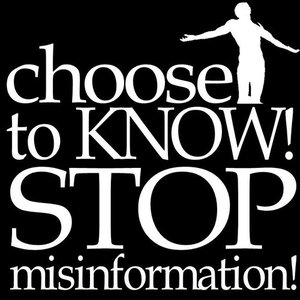 Here we go again. Brigitte Gabriel who in the past had paraded Zuhdi Jasser around as a “reformist” Muslim, has now taken her in the clouds message even further. By stating “radicals” have “hijacked the agenda, and “moderates” are the answer. Is that so Brigitte? Then how come it has not happened yet? How come waiting for the “moderates” to save the day is a proven failure in the UK.

If “radicals have hijacked the agenda”, did Mohammad hijack his own religion?

In the following video Mrs. Gabriel and her sidekick Guy Rodgers parade out Dr. Tawfik Hamid, “reformist Muslim leader”. If he is a “leader”, would Gabriel and Rodgers care to name just one U.S. Mosque that supports him “reforming Islam”? Come on…just one!

I will now dissect the show. Right off the bat Guy Rodgers turns PC on us, and calls the threat “radical Islam”. Which only weakens the severity of the message. At the 6:00 mark the Dr. slips up and says he questioned his radical “friend”, but then quickly changed his wording to radical “person”. After that he goes on to state the violent verses of the Koran only apply to those times. When the truth is the Koran states the actions of Mohammad are to be followed for all times.

Koran verse 033.021.
YUSUFALI: Ye have indeed in the Messenger of Allah a beautiful pattern (of conduct) for any one whose hope is in Allah and the Final Day, and who engages much in the Praise of Allah.

Tawfik’s next move was to try and turn the scriptures against Muslims. As he claims Muslims should not dominate non-Muslims. He is correct in admitting Islam does call for our dominance though.

Koran verse 9:29
YUSUFALI:
Fight those who believe not in Allah nor the Last Day, nor hold that forbidden which hath been forbidden by Allah and His Messenger, nor acknowledge the religion of Truth, (even if they are) of the People of the Book, until they pay the Jizya with willing submission, and feel themselves subdued.

The problem is that Tawfik does not get to decide what Islamic Law is.

Now comes my favorite part. Where I question those who claim Islam will reform, and they don’t show up. Hopefully this time they will take up the challenge. Besides what I stated above, I have a few more questions for Brigitte, Guy, and Tawfik.

1. The Koran states that it’s words cannot be changed.

2. The Koran also states that Mohammad was the last of the prophets, and the book is easy to understand.

Koran verse 054.017
YUSUFALI: And We have indeed made the Qur’an easy to understand and remember: then is there any that will receive admonition?

It is easy to understand. It clearly calls for the domination of non-Muslims. Maybe they would like to explain how he will get around those verses. Do they really expect us to believe that the Islamic world will take the word of Tawfik, over what are supposedly the literal words of Allah? Give me a break!

Obviously Brigitte has been strengthening her malignant “moderate” Muslim message lately. But back in August 2008 she sang a different tune in a New York Times interview.

NYT: What about all the moderate Muslims who represent our hope for the future? Why don’t you write about them?

Brigitte: The moderate Muslims at this point are truly irrelevant.

Since 2008 the threat of Islam has clearly, obviously, and unequivocally gotten worse! So why is she now changing her message? To make matters worse, here is what her other “reformer” had to say yesterday.

Jasser wants to be clear: “Our faith is a beautiful religion and the vast majority of Muslims are not only part of the problem, but also part of the solution. …Every Muslim I know would report a radical Muslim who was about to do something violent. But that’s not the problem.”

Beautiful religion? Don’t get me started! Once again we see Jasser trying to blind us with a smokescreen about Islam. Then once again pretending he is the spokesperson for the Islamic community. A community that does not stand with him. I would invite him to debate me, but he has already shown that he does not have the guts to show up.

Now I have a question for Guy Rodgers, who is obviously on board with the Islam will “reform” movement. Back in November he was waving around a copy of Reliance of Traveller (ROT), an Islamic Law manual at a NYC ACT! rally. In the Justice Chapter it states that to deny even one Koran verse, is to apostate from Islam. (p. 597). So how can Guy support ROT and these so called moderates? He is talking out of both sides of his mouth.

I know numerous ACT! foot soldiers, and they are doing a terrific job speaking the truth. But the message from ACT’s upper echelon is one of weakness, and false hope. Their message is the equivalent of going to the doctor, and being told you have a life threatening disease. But the problem will resolve itself. In other words the “moderate” Muslims are coming to the rescue message, only gets non-Muslims to drop their guard. It is not happening, the fight is ours! Spreading and funding false hope is not the answer. Only the truth is…

34 comments for “Brigitte Gabriel: “Radicals are Hijacking the Agenda”, “Moderates” the Answer”