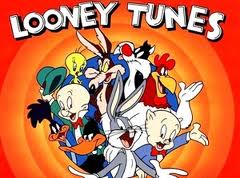 Well not quite, but I did receive the following email which is quite comical. This was one of 7 or 8 that my new YouTube “friend” sent to me. It could be a love connection! From Deenda (unedited):

“well i sure would prove what you say is wrong but the thing is you need a brain for that because it’s beyond your intelligence.
wether you’re religious or not what difference does it make when you have no religion at all.
you don’t even know what halal marriage is what nikah is and since you don’t understand it then there’s no point i waste my time with a inhumane like you. who’s sick or psycho? that, time will show you so i don’t have to.
you don’t even know who God is and where you actually come from and you’re talking about our prophet PBUH.
i don’t think you even know who your father is so to start with go and find out. trust me you’ll be shocked. once you die and go to hell it’s not the media who’s gonna come and save you from hell fire but your deeds which unfortunately sick psycho freak like you don’t even have any.
no matter what you do eveything’s before your eyes and since you believe in media that much go find out where do children get raped the most. news flash!!! it’s in your country. since you’re not a religious person then stop arguing about sth that’s beyond your intellectual ability.
you are trying to stop war? lol do you even know what war really is? go to one of the countries where there’s war and see if you can stop it.
at least muslim children know their fathers are unlike yours being born bastards whom ten guys claim to be the father untill they do a DNA test.
to learn about islam first go learn about your own religion then come and talk to me. now no matter how much you abuse or hate or spread hatred i have come to realise that you have lost the ability to understand because of drinking too much alcohol your brain function has failed working. you don’t need anything but treatment. i willl not reply you as i feel pitty on you. i don’t have to prove you wrong as you already are. but yeah if you think islam is wrong and so is Quran. then i challenge you! prove it to the whole world.
and if what you say is the truth then i will agree with your sickening thoughts.
you trust media you trust yourself you are over confident go do as much as you can in your power but all are doing is misguiding yourself and good luck with it. but i trust Allah i trust our prophets i trust jesus i trust muhammad PBUH. you are nothing but a loser. you dont even have anyone you are ost and you think by spreading hatred you will find friends yeah sure will and that will be satan whom already is within you. i extremely feel sorry for you and i’ll pray that Allah make it a lil easy for you.
it sure is true i can never beat a stupid because you are way too much experienced in stupidity.
so congrats! you win. you deserve a stupidity award lmao..
so keep writing keep replying and all i will do is ignore oh actually i won’t even read so take my advice STOP BEING A RECIST. and one more thing have fun in hell!
you think our religion supports rape? well my sick friend at least it doesn’t support gay lesbian sickening relationship! and one last thing! what goes around comes back around!!! good luck being a psycho!”