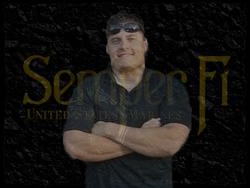 Hello my infidel friends! I just wanted to let you know that on Saturday August 20Th at 2PM EST, I will be a guest on the first edition of the new anti-Islamic Internet Radio Show, Tyranny’s Nemesis! Tyranny’s Nemesis is hosted by hard-hitting anti-jihadist and US Marine Veteran Jarrad Winter. The call in number is (213) 559-8052. Please give a call of support to the newest anti-Islamic fighting machine on the block! Muslims, you are invited to call in as well. We eagerly await your lies! Your deception will be exposed!

The show can be listened to by clicking HERE.

Jarrad Winter: Roughly a year and a half ago, I stumbled across information which made me question everything the government has been feeding the public about Islam. The story line no longer matched the reality I was seeing with my own eyes.

After some intensive research into Islam and closely watching real world events unfold, I came to understand that the notion of Islam as a “religion of peace” is nothing but the delusional rantings of the ignorant and the deceived.

Since that time, I have spent nearly every free moment of my life further researching and writing about the immediate danger posed by Islam. I have personally created 4 blogs (including this one), more Facebook pages than I can manage, and a YouTube channel. All of which are dedicated to fighting against Islamic propaganda and exposing the Muslim enemy within.

The intentional leap from ignorant infidel to actively engaged anti-Jihadi has earned me death threats from Muslims, a visit with the FBI, and the hatred of the belligerently ignorant adherents of the tolerance doctrine. Such things may sound bad to the unacquainted, but really those are the signs of effectiveness and they only produce fuel for the fire.

This show is the next evolution in my personal fight to wake the masses and help end the Jihad.

I have no use for political correctness or the tolerance doctrine. I am unafraid of confronting or debating any Muslim, elected official, soft-headed leftist, or national security professional, on the topics of Islam and Jihad. I’ve done my due diligence in becoming thoroughly educated about the threat and I challenge anyone who wishes to debate the issue to call the show.

Muslims, I’m particularly interested in you calling the show. There can be no better way to expose your deceptive, tyrannical, and murderous ideology, than to break you down and deconstruct your deception for all to hear.