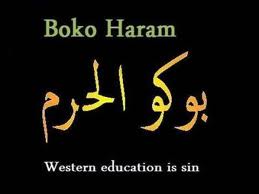 In the past we have seen that Islamic organizations like the Council on American Islamic Relations (CAIR), Hizbut Tahrir Indonesia, the Iranian Shia media conglomerate, AhlulBayt News Agency (ABNA), and NY’s Revolution Muslim, have been following Logan’s Warning. Besides them, members of NY Mosques such as Long Island’s Masjid Bellmore, the Birmingham Islamic Society, Brooklyn’s Masjid Nur Al-Islam, and Brooklyn’s Masjid At-Taqwa have also “graced us” with their presence. Them keeping an eye on us, means we are doing a good job in exposing the threat of Islam within America.

While I think that is a good start, I want more Islamic organizations and Mosques to be aware of this site. They need to know America is rising up against Islam, and more and more of us are not going to fall for their IslamoCON’s. We will also never submit to Islamic rule! Supposedly my wish of more Islamic organizations coming here is going to come true. Just the other night a Christian friend in Nigeria told me that members of the Islamic militant group Boko Haram are looking for debates on Islam, and he would be sending them here. They are looking to debate in an effort to convince non-Muslims that Islam is the best option of the world. (I cannot guarantee they will show, but I hope they do)

For those who do not know, Boko Haram (BH) is a deadly Islamic group located in Nigeria. Their goal is to overthrow the government and implement Sharia Law. 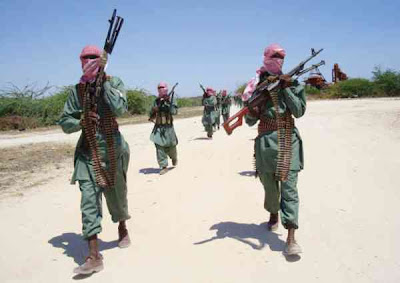 The group’s official name is Jama’atu Ahlis Sunna Lidda’awati wal-Jihad, which in Arabic means “People Committed to the Propagation of the Prophet’s Teachings and Jihad”.

Cue the Islam apologists: “That has nothing to do with Islam”.

BH stands against Western influenced political and social activity, and they have no problem with resorting to violence in order to fulfill their goals. I cannot imagine where they ever adopted that line of thinking from….

Recently HB has claimed responsibility for the bombing of the UN headquarters in which at least thirty-six were killed. Unfortunately that was not enough for them, and they went on a killing spree less than two weeks ago.

Nigeria’s radical Islamist group Boko Haram killed a police inspector Sunday, continuing a wave of violence a little over a day after the militants killed more than 69 people in a string of bombings and gun attacks in northeastern Nigeria.

In what may have been its deadliest day of attacks Friday, Boko Haram bombed police stations, churches, a bank, and an army base in and around Damaturu, the capital of the northeastern state of Yobe. Members of the group then engaged security forces in gunbattles that lasted for hours. 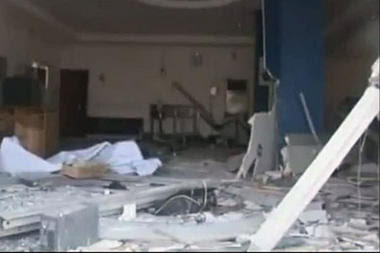 While they are obviously a dangerous group, they are on an offensive jihad which legal in Islam.

Sahih Muslim Book 019, Hadith Number 4292
Sahih Muslim Book 19. Jihad and Expedition
Chapter : Regarding permission to make a raid, without an ultimatum, upon the disbelievers who have already been invited to accept Islam.

Ibn ‘Aun reported: I wrote to Nafi’ inquiring from him whether it was necessary to extend (to the disbelievers) an invitation to accept (Islam) before making them in fight. He wrote (in reply) to me that it was necessary in the early days of Islam.The Messenger of Allah (may peace be upon him) made a raid upon Banu Mustaliq while they were unaware and their cattle were having a drink at the water. He killed those who fought and imprisoned others. On that very day, he captured Juwairiya bint al-Harith. Nafi’ said that this tradition was related to him by Abdullah b. Umar who (himself) was among the raiding troops.

Like Mohammad, they are true Muslims, and I hope they show. If they do it should be interesting.

Boko Haram literally means western education is forbidden. But you could probably already guess that these guys are pure savages anyway. It’s bad enough that we have AQ, HuT, Hamas, Hizbollah and various other terror-organistaions infiltrating the west. Let’s not let in Boko Haram too. Those barbarians can stay in Nigeria for all I cair.

Their name is more indicative of their fear than any supposed inferiority in the West.

Africa is turning into a giant religious war zone.

This is all because of Islam

A Message From an Ex-Muslim Living in the Boko Haram Islamic Killing Zone! |

[…] to non-Muslims. What I did not know about my friend until recently is that he is an ex-Muslim. An ex-Muslim living in Nigeria’s Boko Haram Islamic killing zone! Here is his message. Heed his […]