On Sunday a few friends and I attended the rain drenched “Today, I am a Muslim Too” rally. Arriving early I decided to walk over and take some pictures of them setting up. 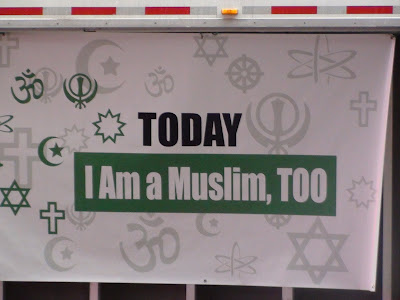 Right off the bat, I could see the day of deception had started!. 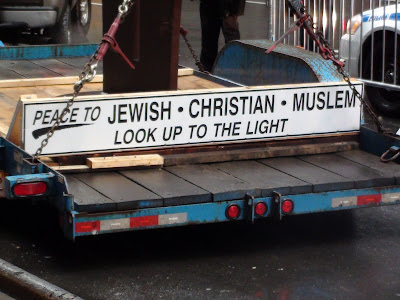 Of course they don’t actual state what “peace” for Jew’s and Christians means under the barbarity of Shariah Law. 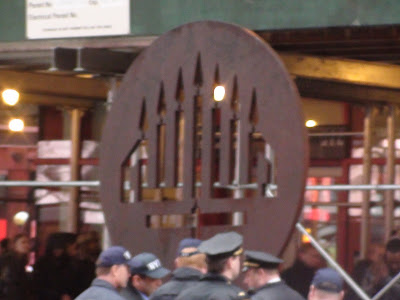 Trying to lure the liberal Jews to their side, they conveniently left out the fact that Mohammad hated Jews!

In an effort to con those who do not follow this subject closely, they had a massive US Flag hanging off the side of their stage. 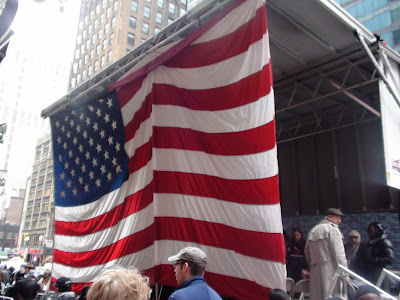 Unfortunately many people will see this and think Muslims are just like everyone else who loves America. The difference is that one of the reasons Muslims “love” America, is because of freedom of religion. A freedom they slowly use against us to destroy us from within.

Since it was still early I headed over to go and help Pamela’s Geller’s team distribute some flyers. 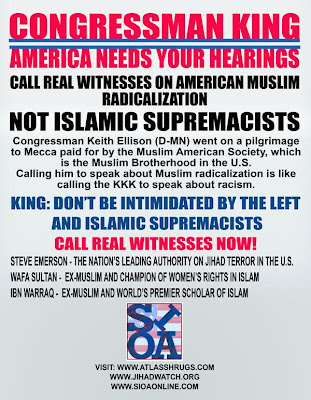 Hat tip to Pamela Hall, Andrea, and Tom on the flyer distribution efforts.

About 30 minutes later I went back to the Islamic stage to catch the opening act of their dog and pony show. While I have nothing against the girl in the video, the idea of parading her around as a propaganda tool is despicable! I also find them implying that their religion of kidnapping, plundering, rape, and slavery is somehow American, despicable!

After she left the stage two men, one a Jew and the other a Muslim came on to introduce the upcoming speakers. At the one minute mark listen how they bring up the Barbary Coast Wars, and the Treaty of Tripoli. Stating America has no enmity against Islamic Law! If you ask me, that part was staged.

The first speaker to deliver another IslamoCON was Imam Shamsi Ali of NY’s Islamic Cultural Center. The Imam’s goal was to minimize religion, trying to get everyone to focus on the message that we are all Americans. As if nothing else mattered.

The second to speak was Rabbi Schneier, who claimed Muslims in America are just like the rest of us. Is that so Rabbi? I am not in favor of Shariah Law. They are! See the difference?

I wonder how the Rabbi justifies the anti-Semitism that Islam spews? BTW Schneier, the careers of Muslims do not mean they are anti-Shariah.

After they were done using the Rabbi, the Muslim host said that America should be corrected when “wrong”.

What most non-Muslims do not know was that he was referring to Koran verse 003.110. Which says that Muslims are above all. What happened to their message of equality?

YUSUFALI: Ye are the best of peoples, evolved for mankind, enjoining what is right, forbidding what is wrong, and believing in Allah. If only the People of the Book had faith, it were best for them: among them are some who have faith, but most of them are perverted transgressors.

When we look at the Sahih (authentic) Bukhari Hadith, we see what the verse really stands for.

But hey, why would any member of the MSM actually do some research on Islam?

Listening to those two speakers was more than enough for me. So I headed out of the bullpen to try and accomplish my main goal for being there. That was to have a little chat with Russel Simmons and Imam Rauf. But unfortunately they were safely tucked away under a white tent. The color white is a symbol of Russell Simmons waving the white flag of surrender, and bowing to Islam. 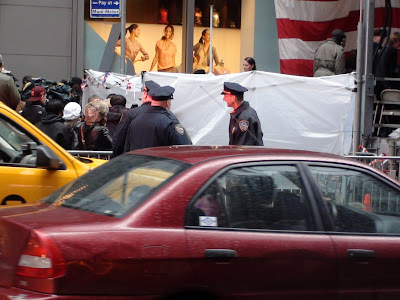 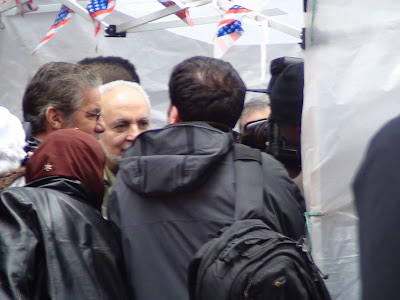 Russel Simmons is on the right with the baseball cap. 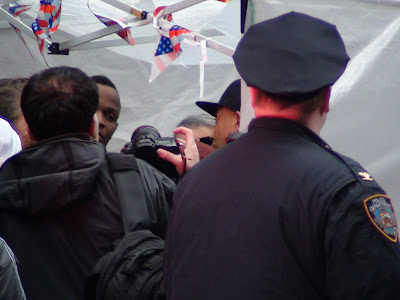 I am going to close this report with some random shots of the crowd. Tomorrow we will dive back into the information war, as we will unmask the literature the opposition was handing out. 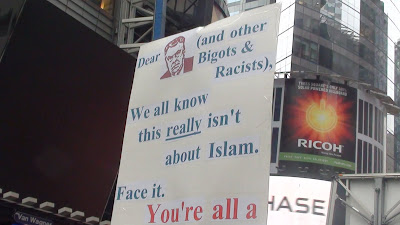 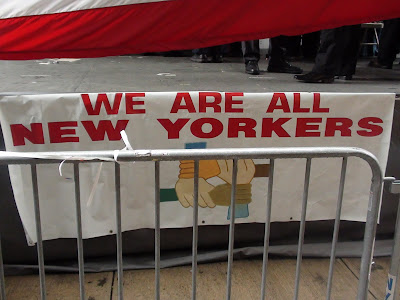 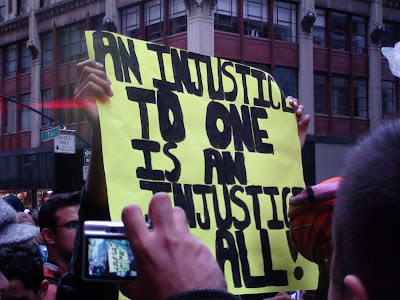 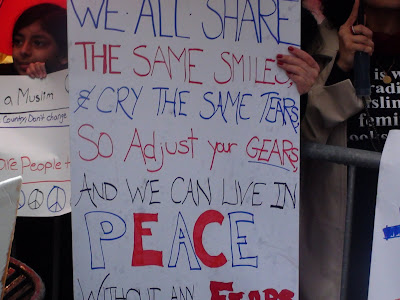 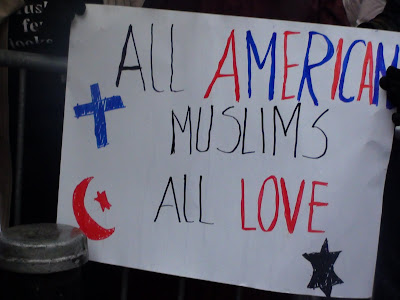 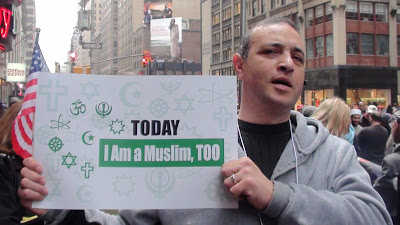