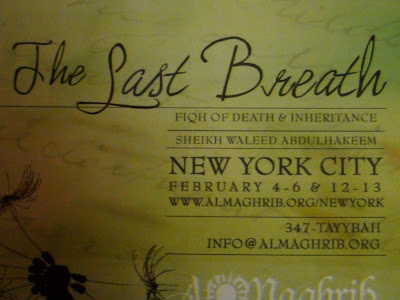 Quote:
If the rules are not followed, the penatly can be death or slavery. How American.
end quote.

And consider this. There are many people here and in Europe who are agnostic, atheist, or neo-Pagan. All of these, along with Hindus & Buddhists, will be subject to harrassment and death.
Islam does not allow such people to live. They have no right to ask for anything from the Ummah.
And as for Jews and Christians, they should acknowledge that no formal agreement has been made with Islam.
They should declare that Islam is a demonic religion, a mockery of monotheism, and completely profane in doctrine and practice.

Any one who sympathizes or seeks to accomodate Islam in any way should be accounted a traitor and hung in a public place for all to see. All Muslims should be forced to convert to some other religion or be deported or killed if they refuse. They should be treated exactly as they would treat nonMuslims without exception or any consideration for age or sex.

I think I’ll start my own dang church, and the ONLY requirement is to denegrate muz at each and every opportunity. Spit on ’em. Slap ’em. Bust their chops. Screw over them in business. Refuse service. Whatever one can do to insult and provoke one.

Make Logan the preacher. Now what’ll you call it? Wait!…. You’re not gona to be dancin’ with snakes and all that thar are ya? NO? Well i’ll still show up. Sounds like a fun time will be had by all(peace be on us).

May islam perish from the face of the Earth – I curse it!

[…] by Indra WidaryantoÂ in the world of this is there many religions and belief with the special characteristic each. so, why do we believe and worshipped jesus? ? isn’t it true that there [are] plenty more other choice? ask kenapaâ¦. ? Â answer from question above a while ago we met in apostle mail paulus to jemaat colossians (colossians 1: 15-23). mail colossians written with holy spirit divine inspiration passes apostle paulus. when does mail colossians this written, conditon bot many differ from present situation. spirituality world at that time chockablock various religion and belief current each offered special solution towards human life problem. Â with background such, is not mengheraknan when at colossians go around opinion that that jesus christ not other only one of so much many world figures spiritual menjembatani between world and heaven Â when does true such so that jesus christ all the same with another figures and there is no special matter in self jesus. he only âsa one of so much many juruselamatâ. mean to believe to jesus sertamenyembah- not so important, because unconvinced and can not worshipped jesus even also still can congratulation. isn’t it true that still many again figure that admit as juruslamat? Â to give true opinion towards general opinion berdar moment that, apostle paulus get pewahyuan from holy spirit to writes mail colossians the kernel wants to give true instruction about siapakah actually that jesus christ Â in colossians 1: 15 – 23 apostles paulus give four answers steady about siapakah actually god yesusâ¦. . so that we must believe and worshipped him not other. melaui these verses, apostle paulus declare that us obligatory believe and worshipped jesus christ because: 1. jesus christ allah picture invisible we know that that allah is existence spirit (yoh 4: 24) and there is not even one man ever see allah. even though allah spirit and invisible that declare meri-nya in christ jesus christ Â apostle paulus in kolose 1: 15 explain that jesus âgambar allah not kelihatanâ. here paulus wear term âeikonâ = manifestasi statement or photo. when do we want to know that allah like to You can also read the following related post: https://loganswarning.com/2011/02/19/islam-invades-jamaica-queens-video-and-pics-part-ii/ […]

[…] was walking through the what is becoming Islamified section of Jamaica Queens yesterday, and guess what? I unfortunately saw some more Islamification of the area. This time it […]