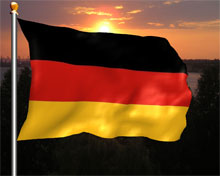 There has been a lot of news out Germany this week. Several days ago I posted about the Pro NRW, the German anti-Islam political party, and today about my radio interview with author and journalist Thilo Guschas. Now the news gets even better.

(Reuters) – Chancellor Angela Merkel said on Wednesday Muslims must obey the constitution and not sharia law if they want to live in Germany, which is debating the integration of its 4 million-strong Muslim population.

In the furor following a German central banker’s blunt comments about Muslims failing to integrate, moderate leaders including President Christian Wulff have urged Germans to accept that “Islam also belongs in Germany.”

“Now we obviously also have Muslims in Germany. But it’s important in regard to Islam that the values represented by Islam must correspond with our constitution,” said Merkel.

“What applies here is the constitution, not sharia.”

Merkel said Germany needed imams “educated in Germany and who have their social roots here” and concluded: “Our culture is based on Christian and Jewish values and has been for hundreds of years, not to say thousands.”

Opinion polls suggest many Germans sympathize with the views of an outspoken member of Germany’s Bundesbank who, in speeches and a book, accused Muslims of sponging off welfare, refusing to integrate and achieving poor levels of education.

I hope she understands the “values” of Islam do not, and will not correspond with their constitution.