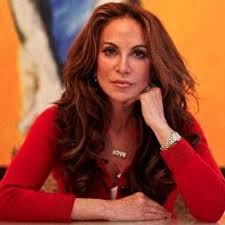 Last week while I was going Muslim propagandist hunting (in a non-violent manner) online, I came across one named “Muslim Marine” (MM). A man who may or may not be an actual Marine, but uses the Muslims are serving in the US Military talking point in an effort to get people to back off on the threat of Islam, and Muslim immigration. 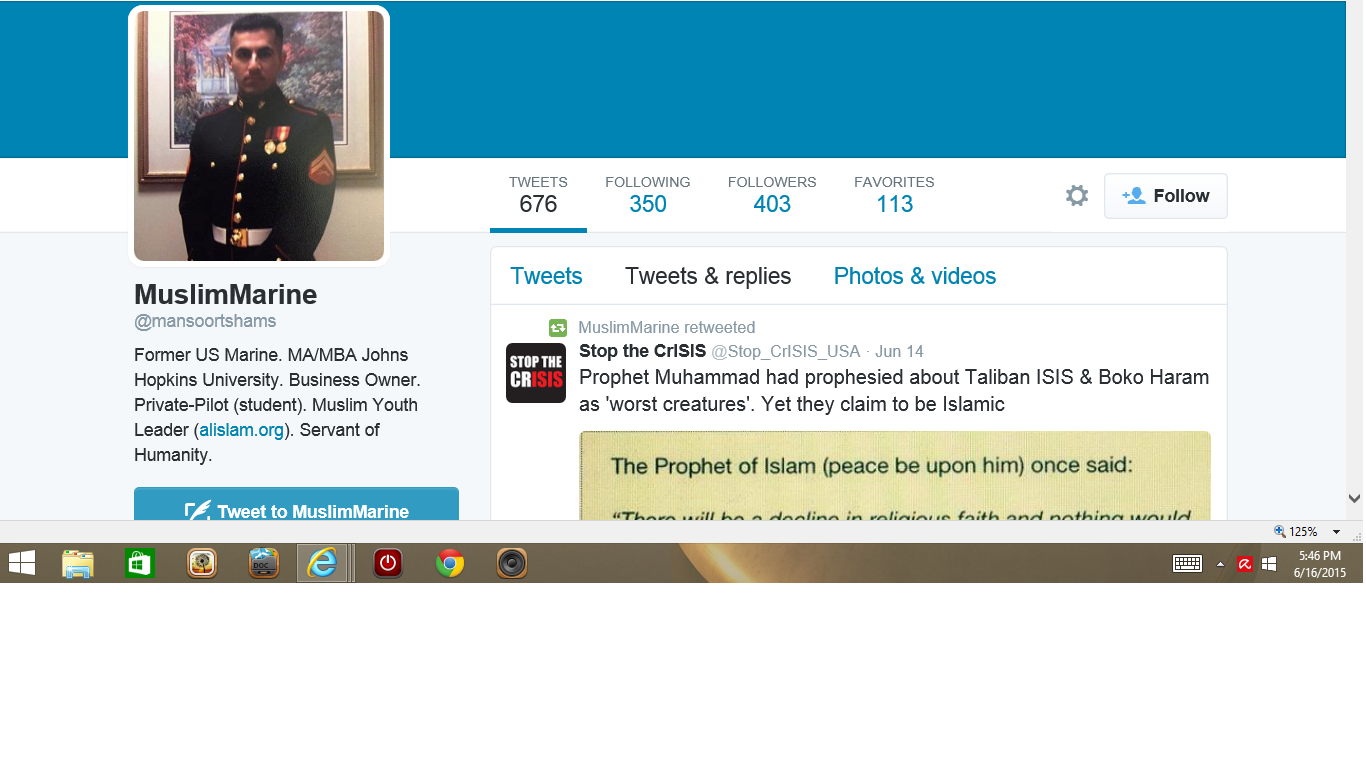 Right off the bat we can see that MM is a Muslim propagandist. Because he claims he is a servant of humanity, as if he cares about human rights. When in fact Islam calls for beheadings, child marriages, lashings, and sex slavery. Making it a disgrace to humanity.

As you can see MM is clearly threatened by Pamela’s truths on Islam, so he tags prominent media personalities in an attempt to discredit her. 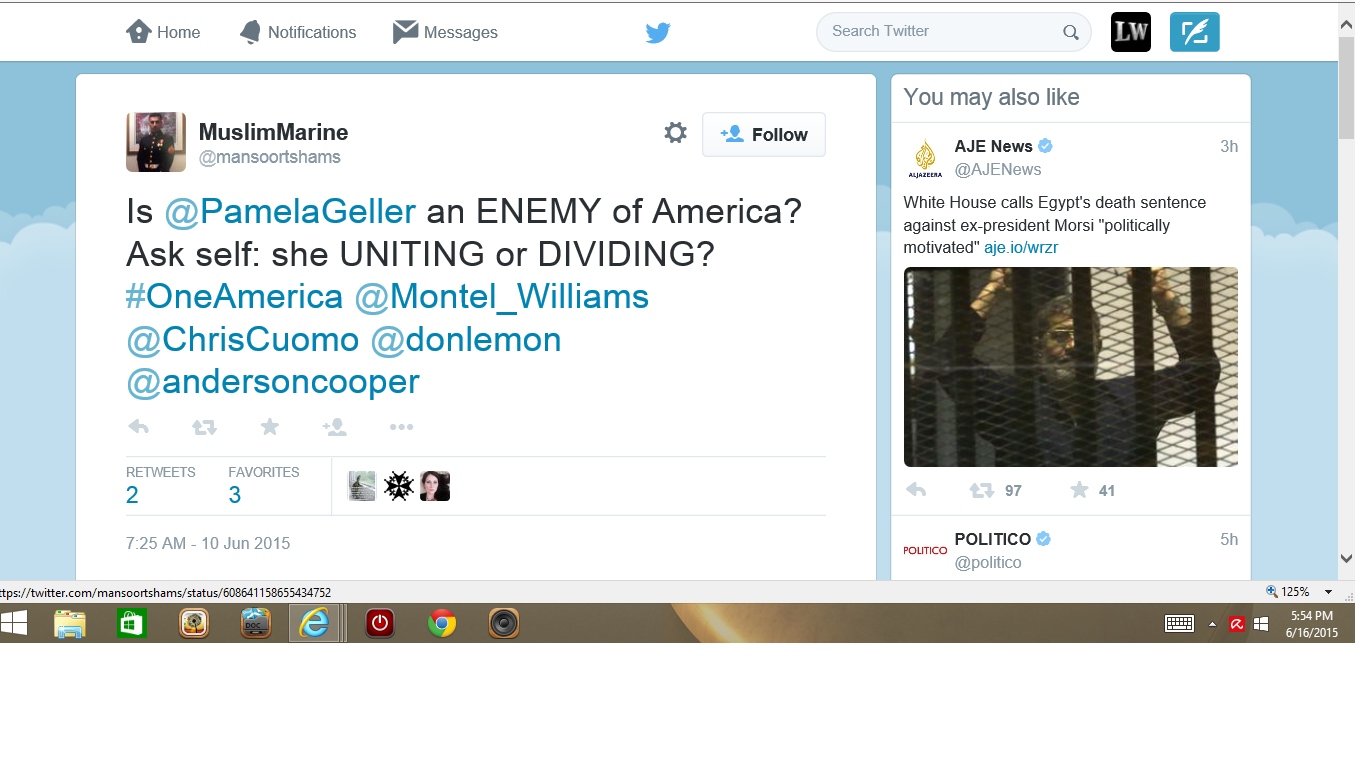 In response I added some inconvenient truths on Islam. 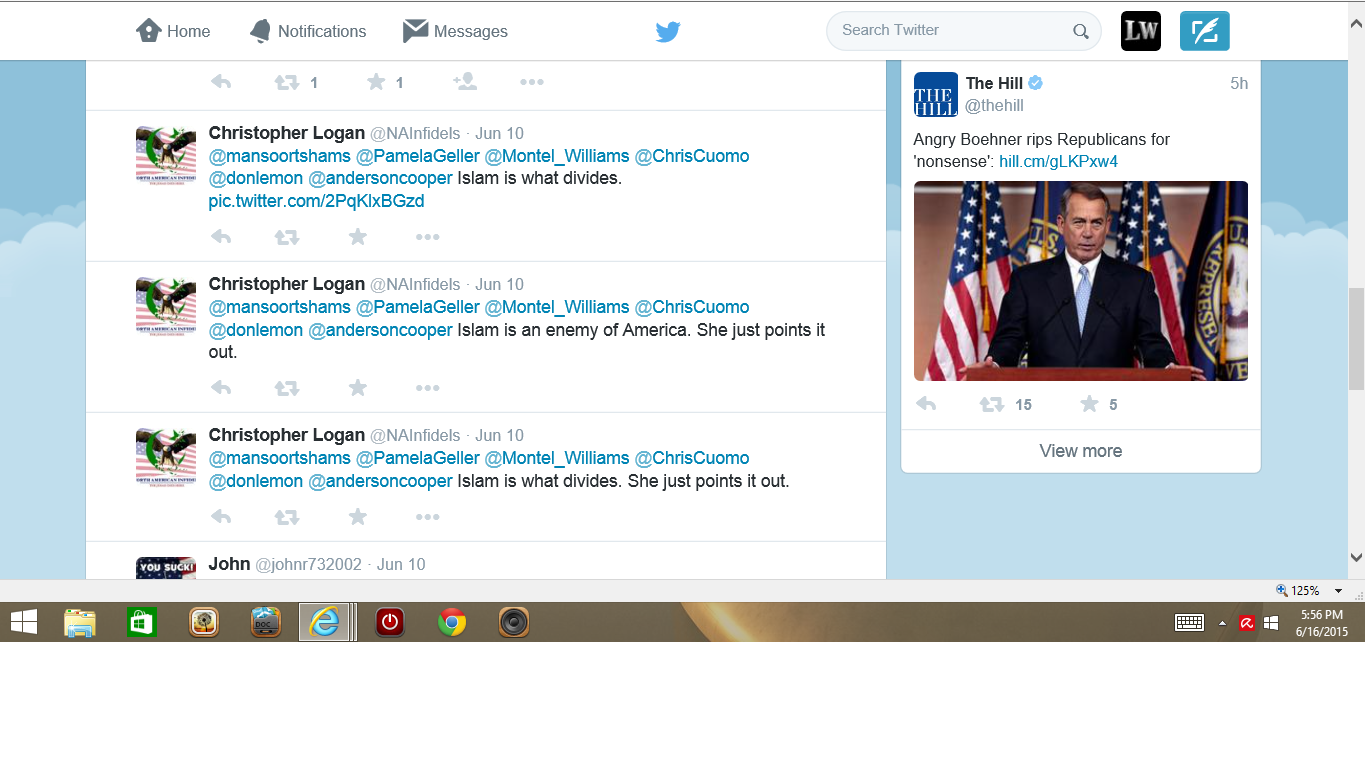 Of course the so called Marine did not respond. Because he is unable to refute the truth, so the best he can do is either ignore people or resort to smear tactics as he does with Geller. 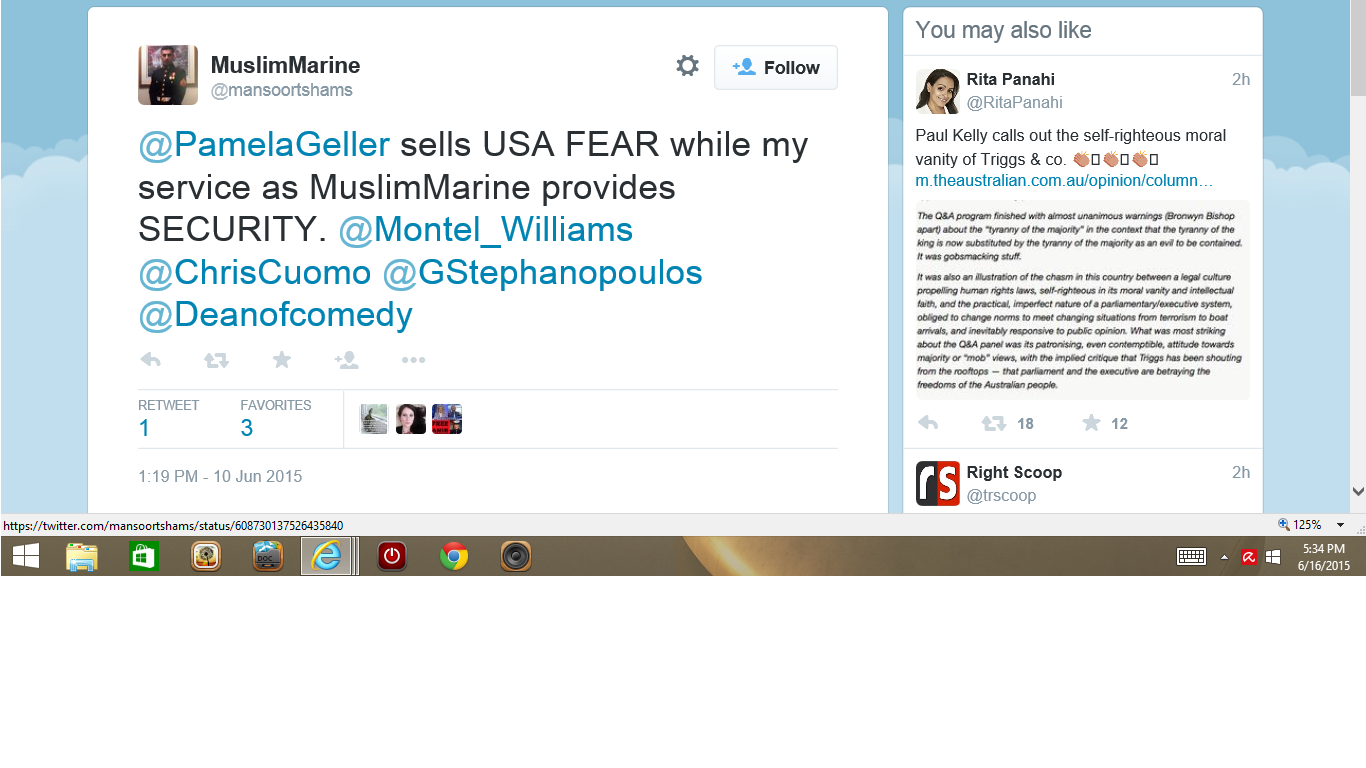 Unlike the cowardly media personalities in the thread, I actually decided to question him in order to expose his true colors. 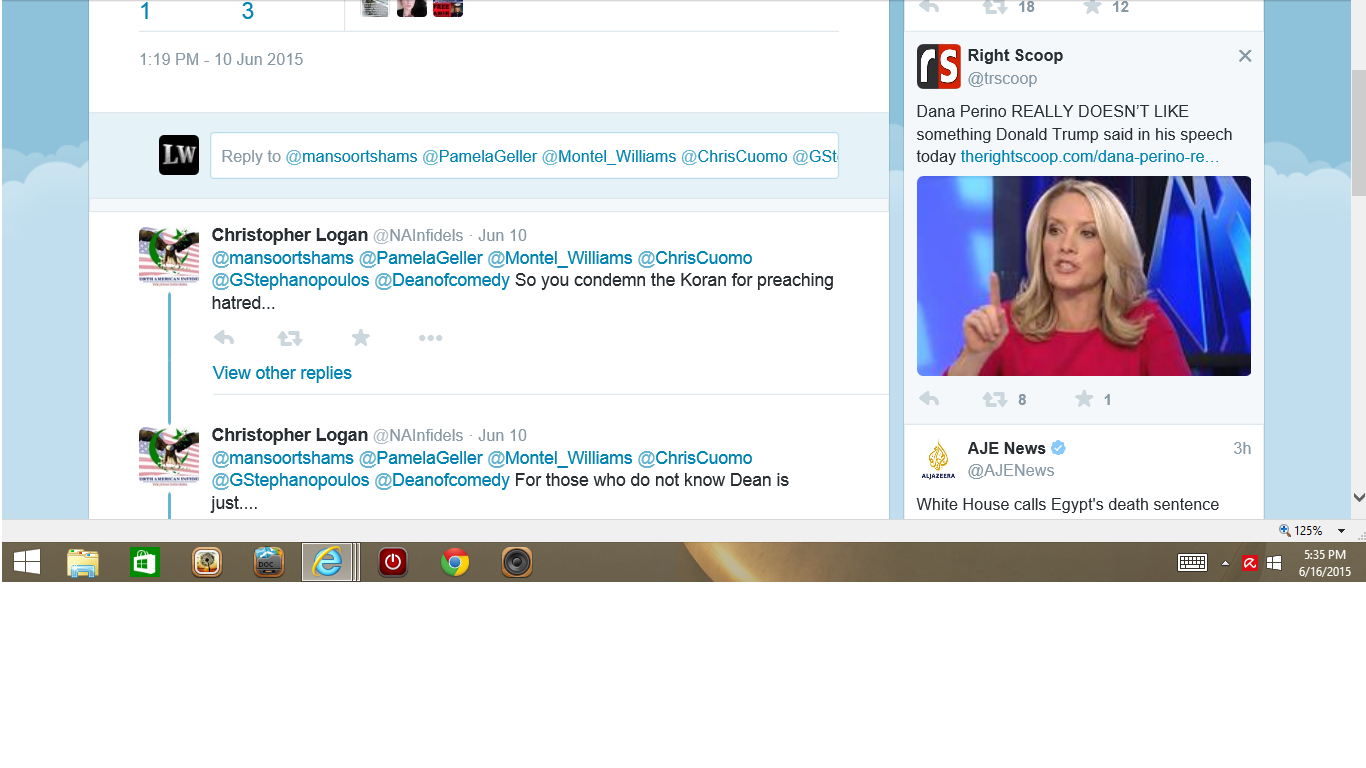 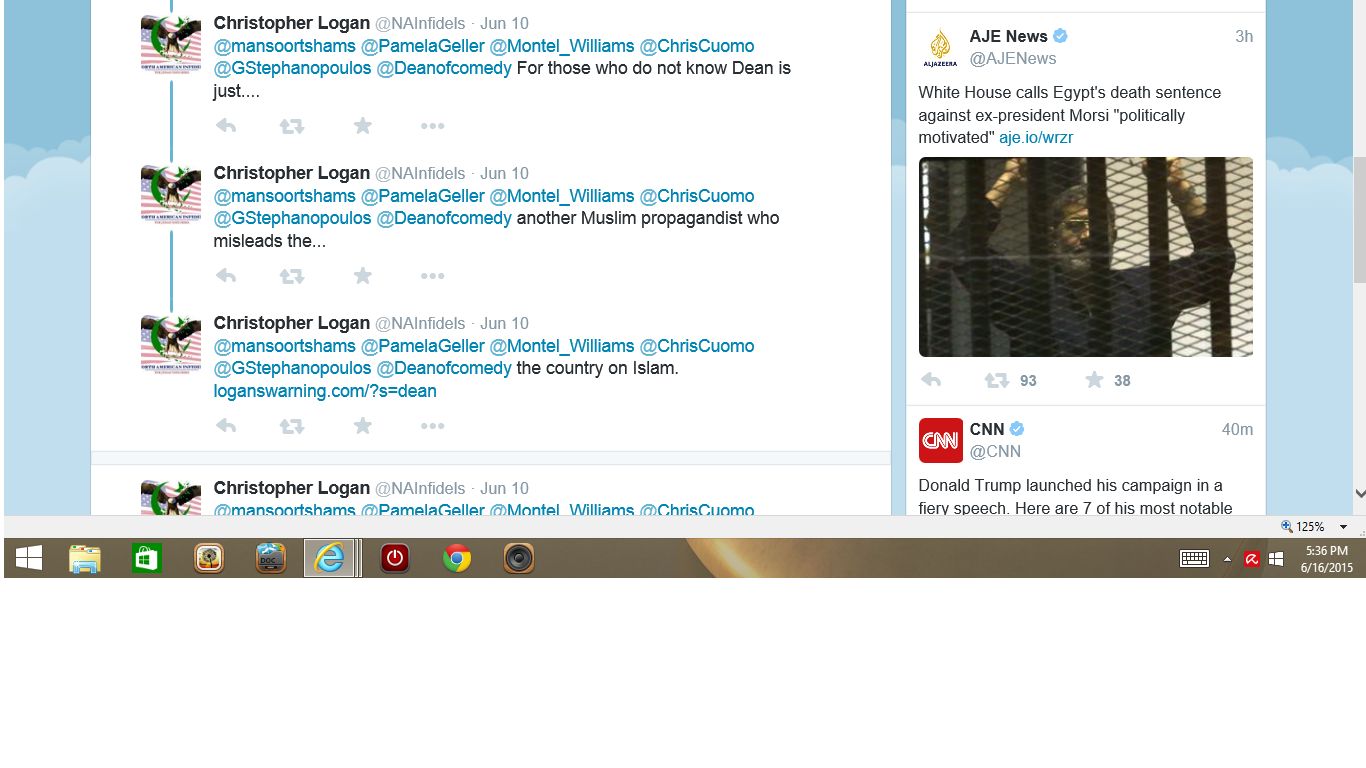 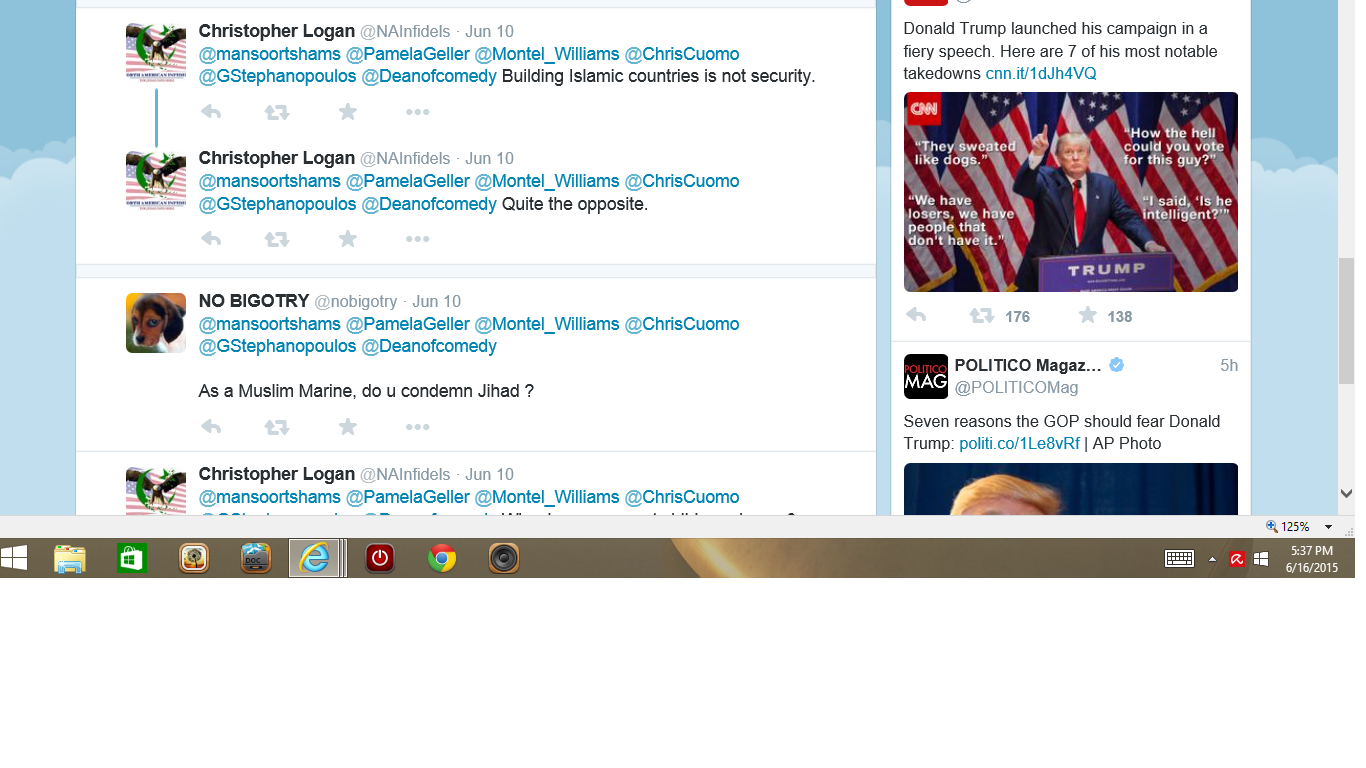 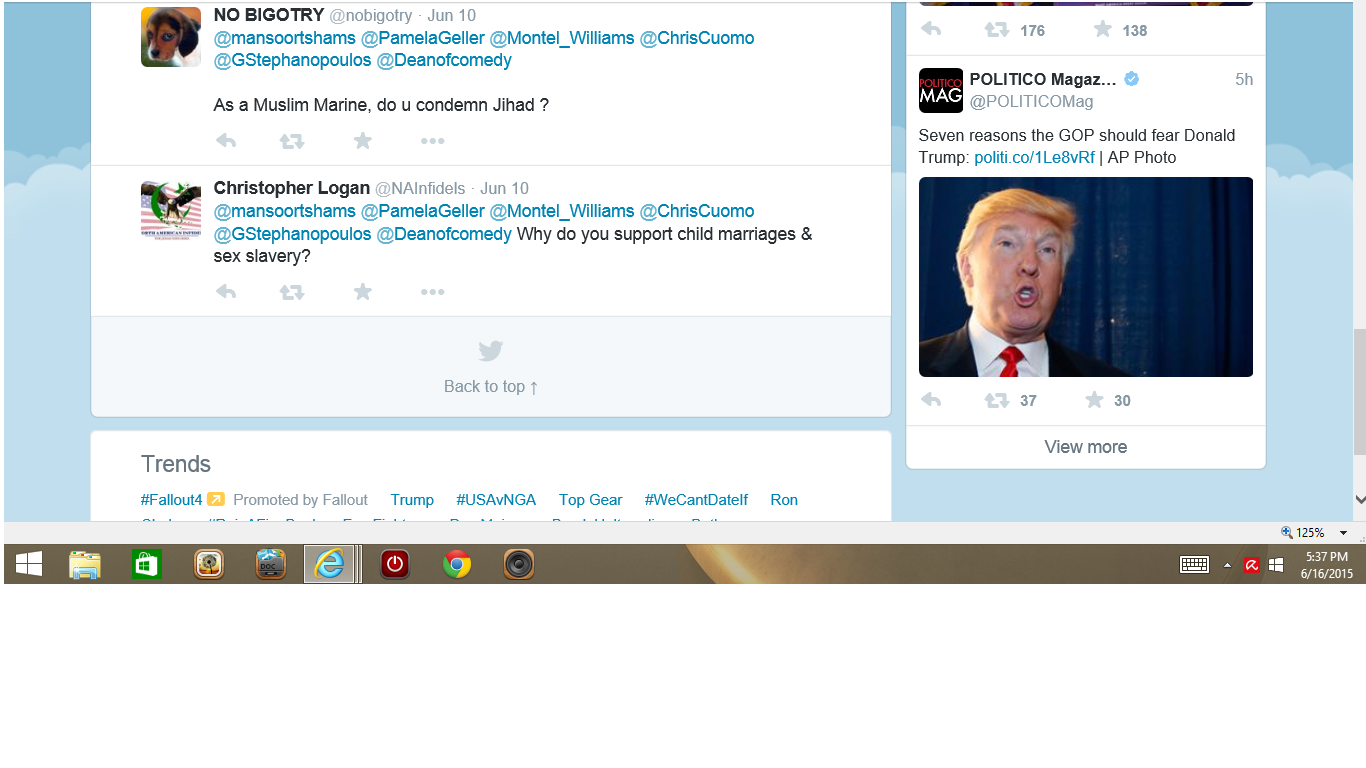 As you can see MM never did respond, nor did the “humanitarian” condemn Islam for allowing pedophilia and sex slavery. Instead some his useful idiots joined in, and when they could not refute my points on Islam, MM proved my point about him. Just another Muslim propagandist. 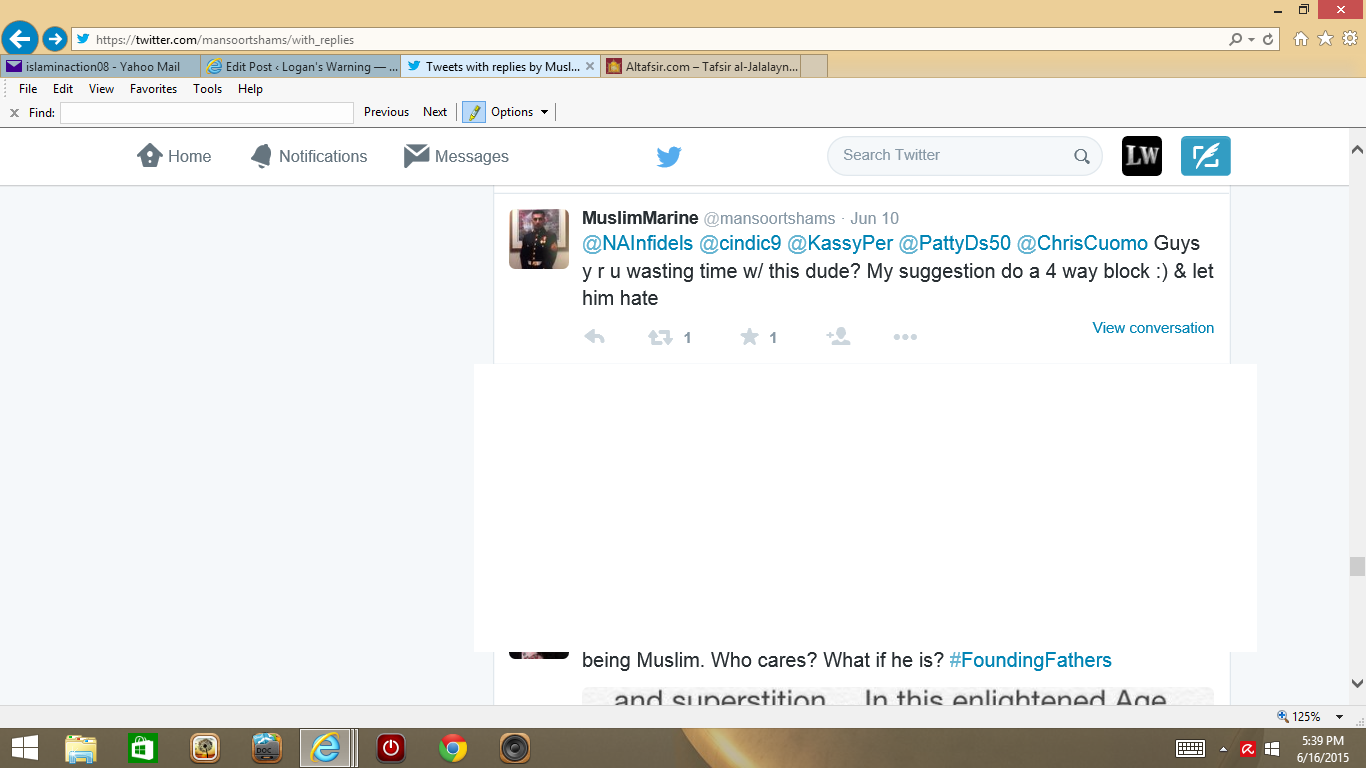 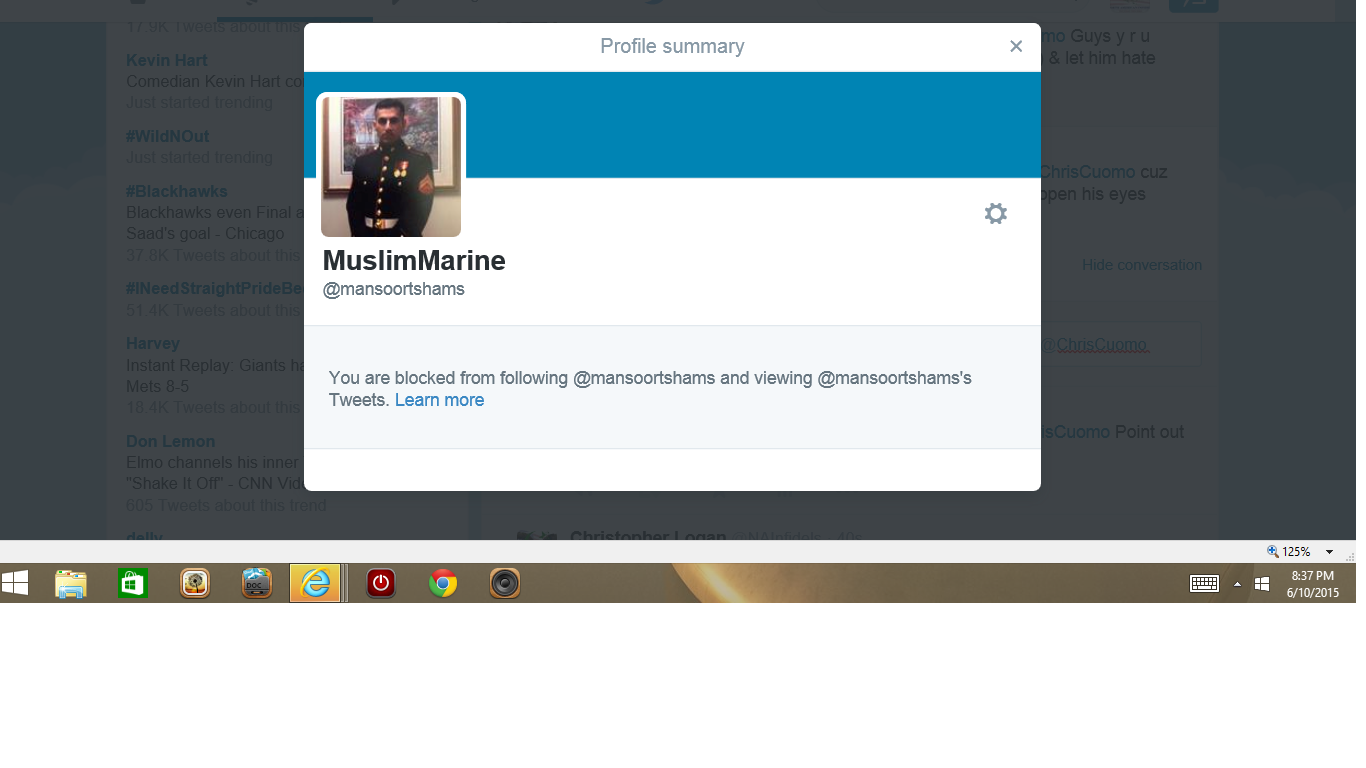 Logan’s Warning…doing the job the mainstream media is supposed to be doing but does not have the courage to do! Please support my efforts to counter other major media failures in the war with Islam. You can do so by making a onetime or monthly contribution through the site via PayPal today. Amounts of just $10 and up will go a long way in the information war with Islam.