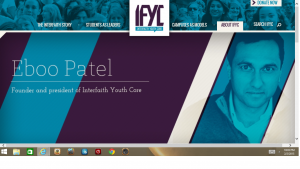 Tonight we unveil the first member of our newest segment, the “Muslim Wall of Shame”. To add to that, this is a two-pronged article. Because Eboo Patel is another prominent Muslim who is part of the Muslim misinformation machine.

Eboo Patel who is a former member of President Barack Obama’s inaugural Advisory Council on Faith-Based Neighborhood Partnerships, recently did an interview with MSNBC’s Ronan Farrow.

In it Eboo spoke about Islam’s “core values”.

Sahih International
Indeed, the penalty for those who wage war against Allah and His Messenger and strive upon earth [to cause] corruption is none but that they be killed or crucified or that their hands and feet be cut off from opposite sides or that they be exiled from the land. That is for them a disgrace in this world; and for them in the Hereafter is a great punishment,

Sahih International
The Jews say, “Ezra is the son of Allah “; and the Christians say, “The Messiah is the son of Allah .” That is their statement from their mouths; they imitate the saying of those who disbelieved [before them]. May Allah destroy them; how are they deluded

Sahih International
Fight those who do not believe in Allah or in the Last Day and who do not consider unlawful what Allah and His Messenger have made unlawful and who do not adopt the religion of truth from those who were given the Scripture – [fight] until they give the jizyah willingly while they are humbled.

Right there Ronan had the three strikes necessary to expose Eboo’s attempted whitewashing of Islam. But instead he failed America by not challenging Patel at all. 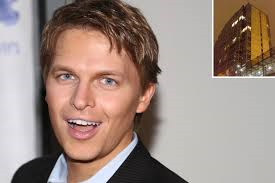 After those comments Eboo stated that non-Muslims should learn about Islam, and I full agree with him there! Apparently he was not happy with what I learned though…. 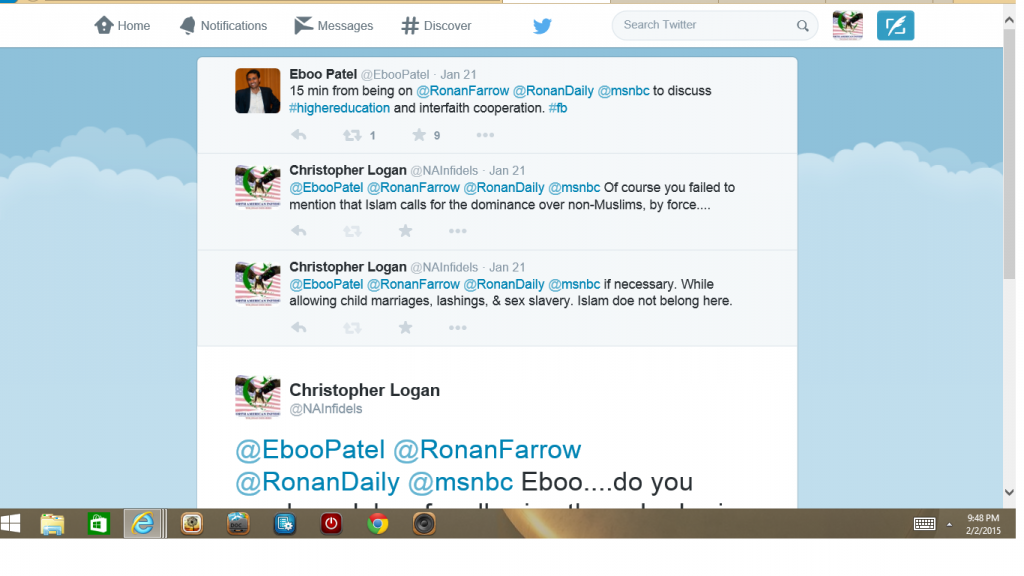 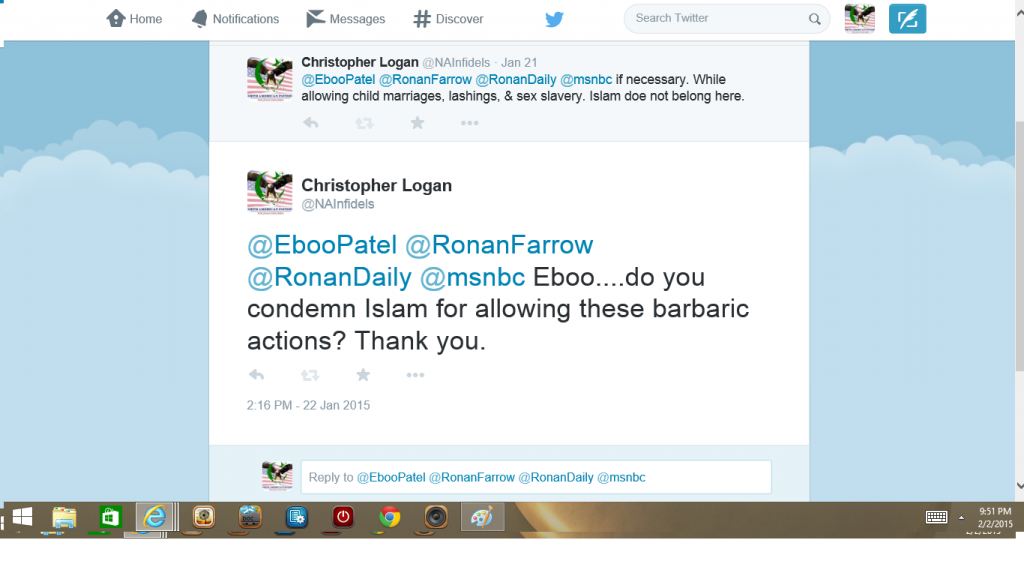 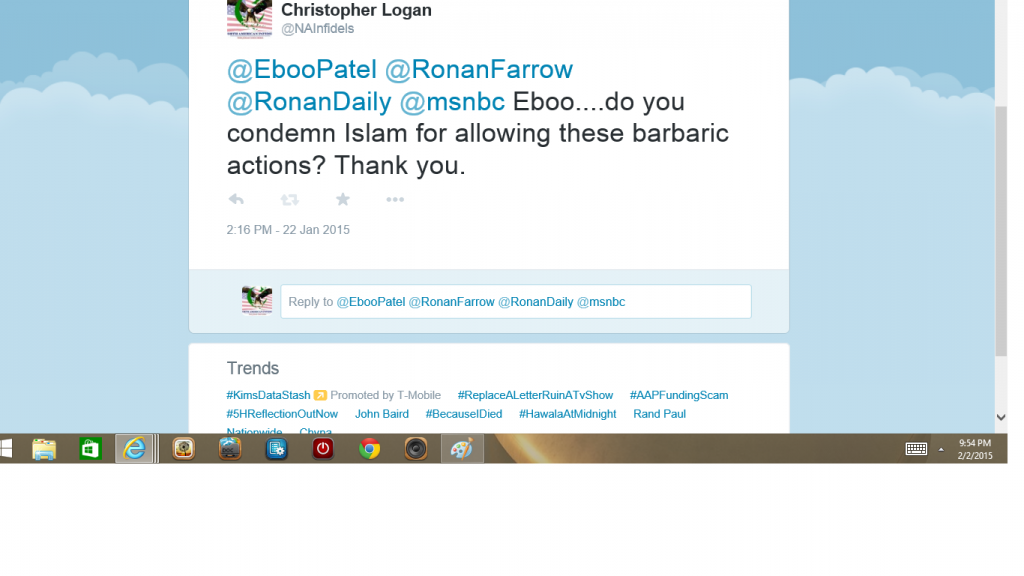 As you can see he never actually answered the question or challenged my points on Islam. But he did respond with the following. 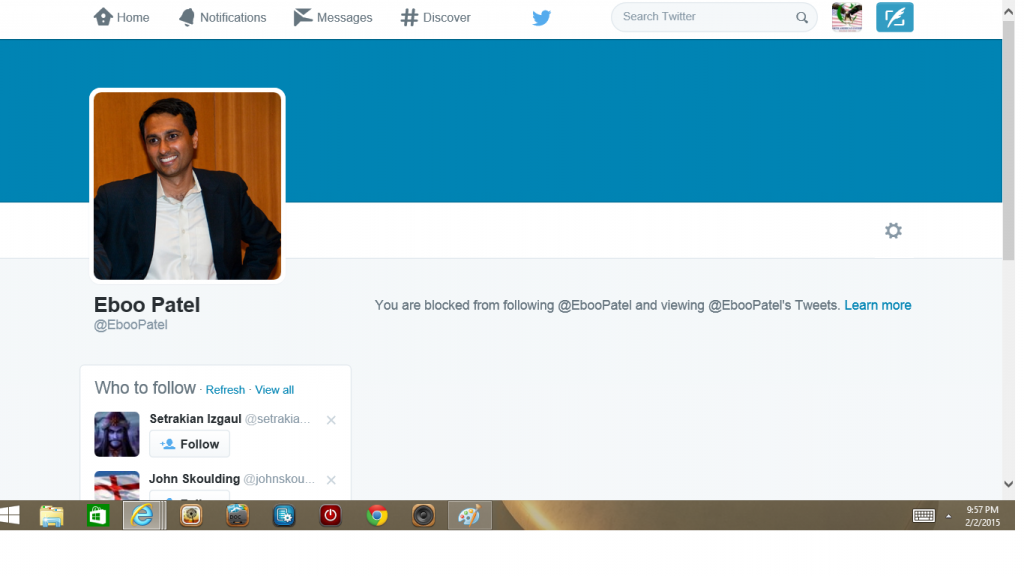 North American Infidels, doing the job the mainstream media does not have the courage to do.