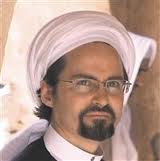 Tonight we are going back to the Logan’s Warning Muslims on the run series, and the target is traitor to America, Sheikh Hamza Yusuf. Who is a co-founder of the insidious Zaytuna College (Sharia college) in Berkeley, California.

On Twitter Hamza had mentioned bringing “beauty” back into this world. 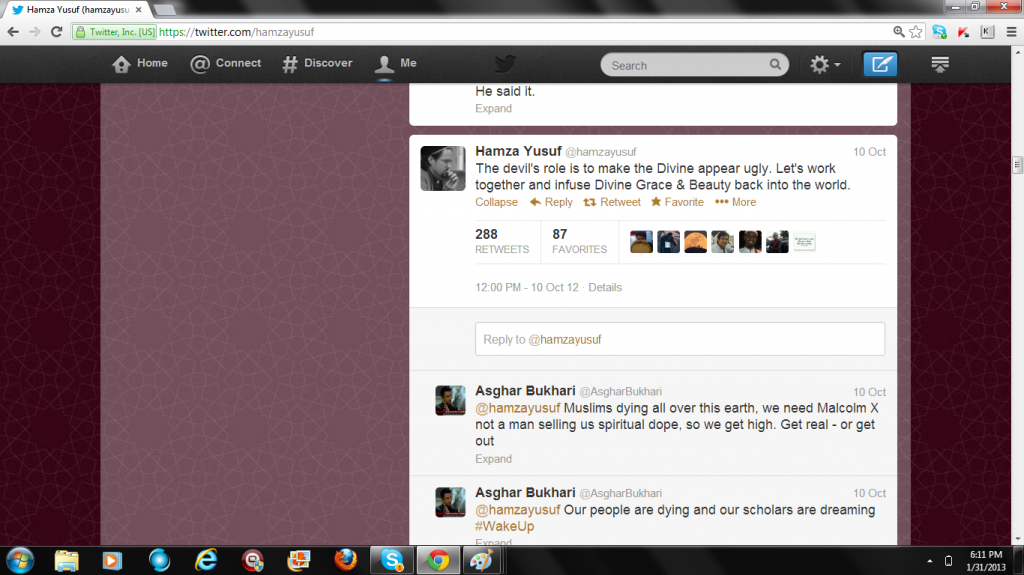 Being that he is an Islamic scholar, I asked him about the “beauty” of Islam…. 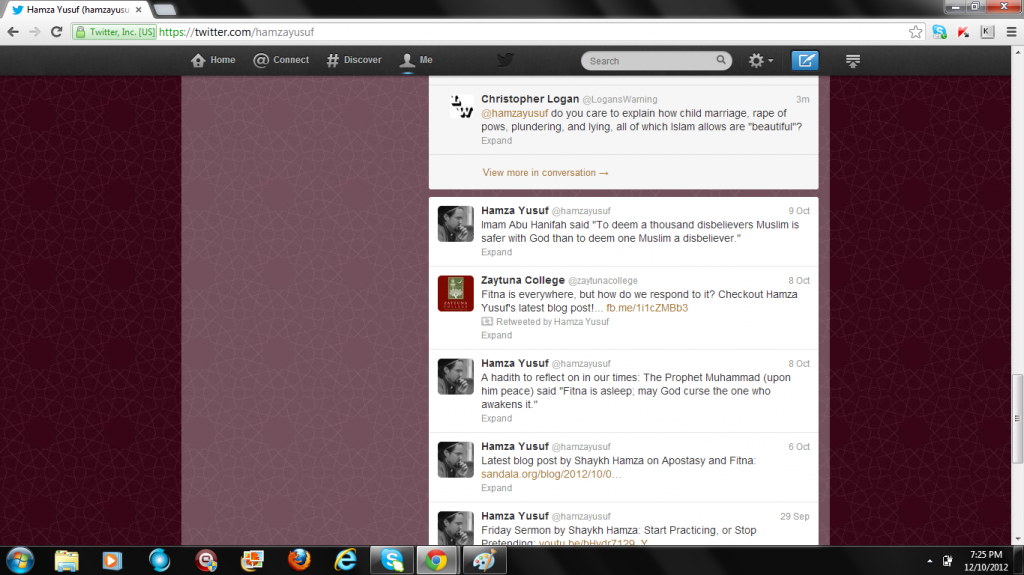 Being that he is so busy trying to help Islam take over America from within, I kindly gave him plenty of time to respond… 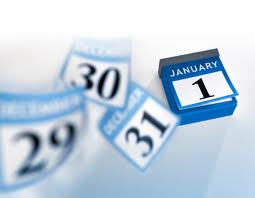 But like many others, the Shiekh pulled a Muslim Houdini when confronted with pointblank facts on Islam. 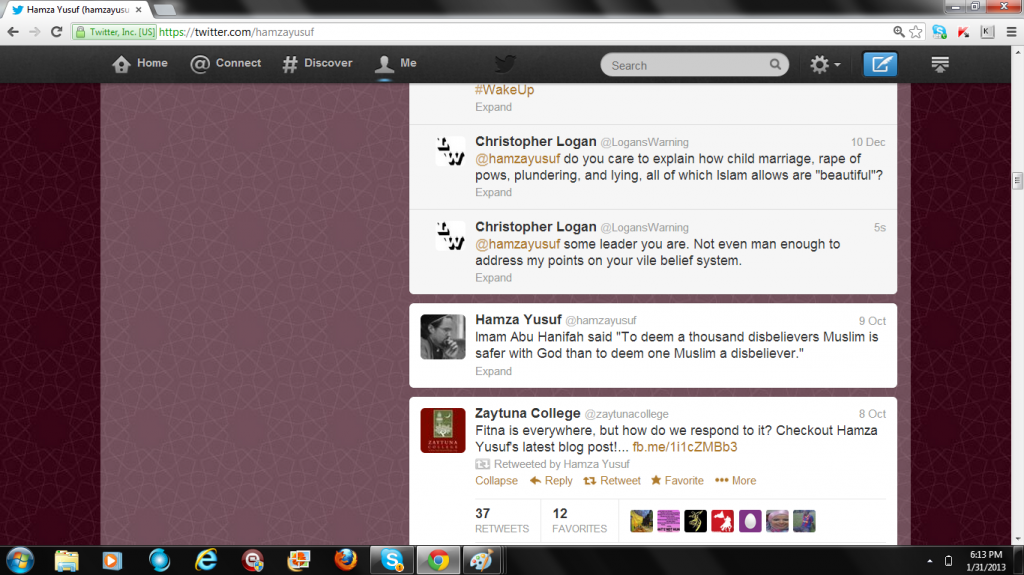 Not only do we see that he will not condemn those vile laws of Islam, he also shows that he is a clear traitor to Lady America, and another Muslim con man. 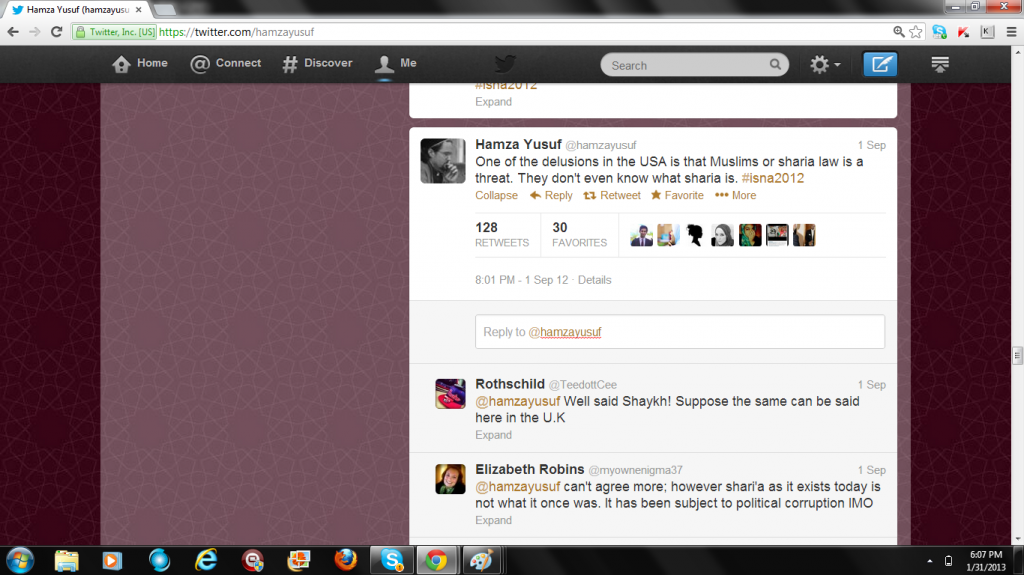 It is clear that Hamza stands with Sharia over the freedoms of America, but he needed to be called on his unsubstantiated claim. 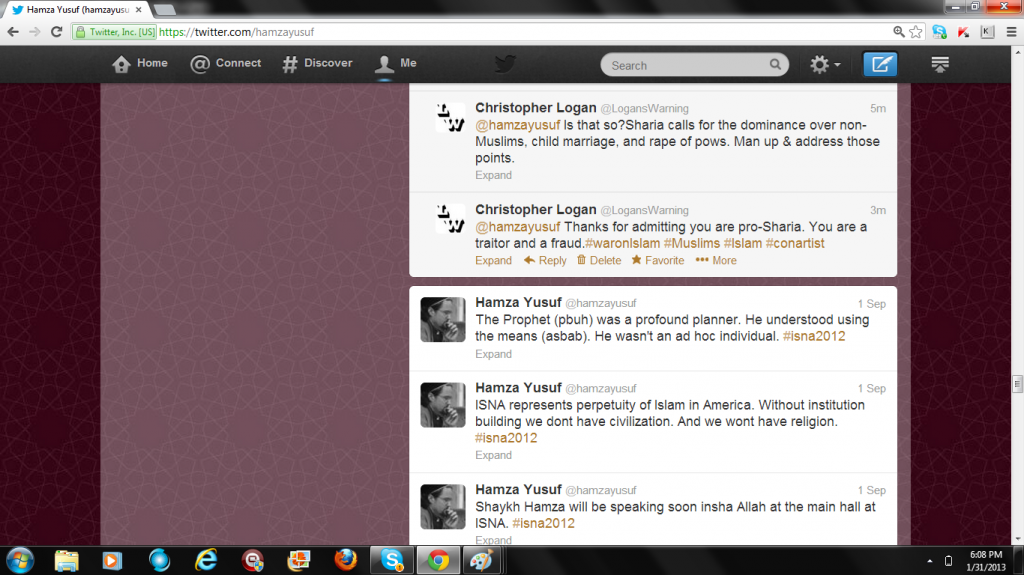 As of now he still has not responded on his Twitter page. Being that he has over 44K followers, it sure is telling that he cannot even begin to defend his belief system….