As promised here is part two of my hard-hitting exposing Muslims in America, “Muslims on the run” series.  This time there are two prominent Muslims being target for a debate on Islam. They are the NFL’s Muslim Brotherhood…..the Abdullah Brothers.

Back on December 10th I sent a Tweet to the Arizona Cardinal’s Hamza Abdullah: 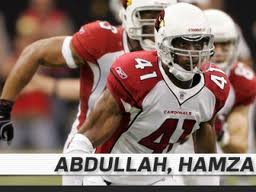 The safety quickly played it safe, and blocked me on Twitter. He also ran as fast as he could from my last comment to him:

@HamzaAbdullah21 I ask you a simple question about Sharia law and you block me. Obviously you hold Islam above all. Traitor.#Islam

Onto the Muslim Brotherhood #2: Husain Abdullah of the Minnesota Vikings:

Back in August of 2010, I posted about how Husain put his religion before his team. Plenty of people were not happy about that posting, but like I knew that we would have the same problems with Islam that the UK was experiencing, I knew where this so called American hero was heading.
What keyed me in on these two was the following vile comment on Husain’s Twitter page. 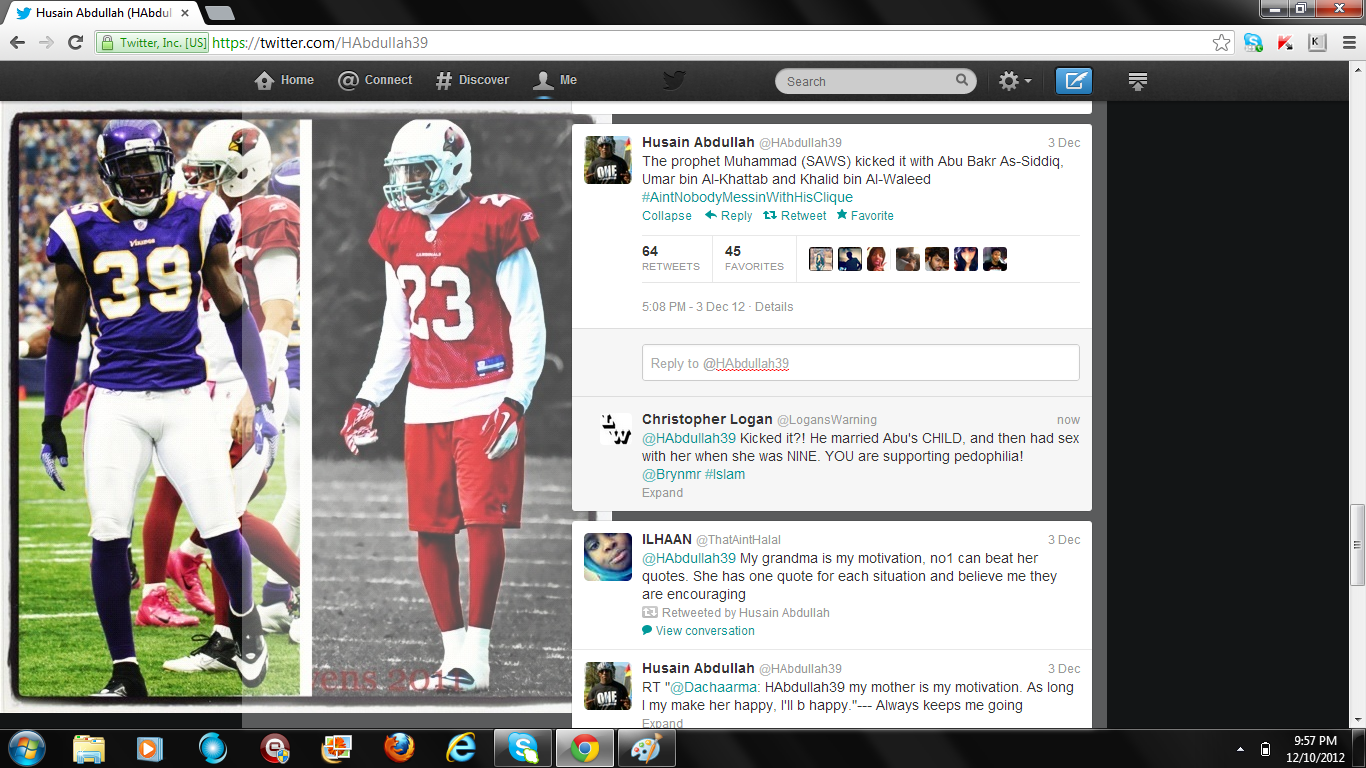 For those who do not know, Abu Bakr is the sicko who turned his 6 year-old daughter Aisha over to the Prophet Pervert Mohammad for “marriage”. Apparently Husain thinks child marriage is cool, and Mohammad lusting over a child is just “kickin it”!

Narrated ‘Ursa:
The Prophet asked Abu Bakr for ‘Aisha’s hand in marriage. Abu Bakr said “But I am your brother.” The Prophet said, “You are my brother in Allah’s religion and His Book, but she (Aisha) is lawful for me to marry.”

I am not sure who is worse, the so called man who turns his little girl over to be married, or the one waiting to take her?!?!

@HAbdullah39 Kicked it?! He married Abu’s CHILD, and then had sex with her when she was NINE. YOU are supporting pedophilia!@Brynmr #Islam

@HAbdullah39 “ainttnobodymessonwithisclique”? Is that so? If you think Islam is going to win its war on infidels, you are GREATLY mistaken!

@HAbdullah39 do you condemn or condone Islam for allowing child marriages? Do you condemn Mohammad for raping pows? (Koran 33:50). 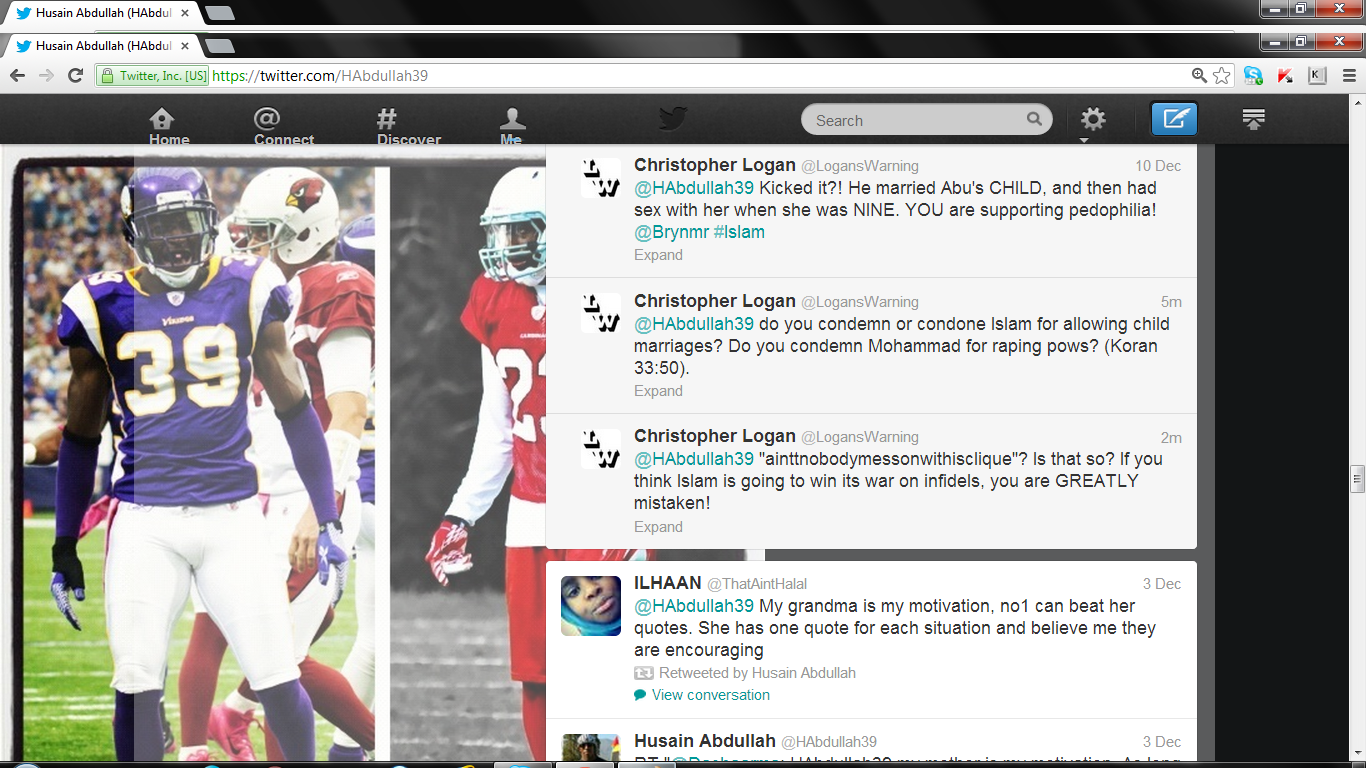 As you can see Husain ducked me for days! You know what his final response was? Nothing….he cannot even bring himself to respond to the simple questions, or condemn the fact that Islam allows pedophilia and the rape of prisoners of war.

The Abdullah brothers….no friends of America as we know it, and an embarrassment to the NFL.

23 comments for “Muslims on the run #2: The NFL’s Muslim Brotherhood….The Abdullah Brothers ~ Where Does Their Loyalty Lie?”