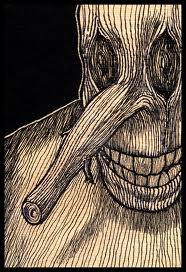 Brooke Goldstein, the human rights lawyer who obviously knows little to nothing about Islam….

@cheshirecat0025 @loganswarning @jarradwinter Muslims have a duty to reform Islam from Islamism which is the dominant sect.

must have run for help in a desperate attempt to give her argument an once of credibilty. The move backfired! As Edip Yuksel, the translator of the “Reform Koran” showed up and kicked it off with an attitude and a lie.

I am the translator of the Quran in two languages.

The author of this article has either wrote this article while waiting in line for a hamburger in a MacDonald’s store, or he deliberately took verses out of their context or misrepresented them.

I challenge Logan regarding ALL his claims and distortions against the Quran.

For instance, he quotes a verse where the word SLAVE is mentioned, and HIGHLIGHTS the word, but ignores the few words before than encourages muslims to FREE the slaves.

I am not even sure whether this response will stay here or not, but if the author is honest regarding the truth of the matter I would like to meet him face to face to discuss all his criticism against the Quran.

I will be ready to fly where he lives or if he chooses to come where I live, I will gladly pay for his expenses.

Obviously he is another deceitful Muslim who cannot be trusted. Nor would he answer the simple question of how many Mosques in America are actually using his “Reform Koran”. The site meter of his web page says a lot. The smack down of his claim about Muslims not being allowed to own slaves, and the stats from his site meter can be seen in HERE.

The bottom line is that the “reform” Islam campaign is on the fast track to nowhere. Islam need to be dealt with head on, and shown as much respect as Nazism deserves. That is none. As for Brooke, she need to grow up and admit that she is wrong and is misleading America. I doubt she will though.

← Human Rights Lawyer Brooke Goldstein Promotes “Reform Koran”, Book of Slavery, Hatred, and Abuse!
Member of US Military in Afghanistan: We Don’t Know Why we are Here! ~ Audio →

51 comments for “Translator of “Reform Koran” Shows up! LIES Right off the bat!”