For years myself and many others here have been speaking out against the suicidal interfaith conferences, that are held between Christians, Jews, and Muslims who are conning them into believing that Islam is non-Muslim friendly.

On Wednesday evening a Logan’s Warning correspondent was planning on attending one of these events.

Unfortunately I was given a last minute notice on the event, and it was sold out. But what took place outside JCC was a bit unexpected, and a very pleasant surprise! About 20 people showed up to protest against the JCC and sucidial Rabbi Scheier over his “twinnng Mosques and Synagoges” project. The Rabbi who was caught on film with Imam Ali at last year’s “Today, I am a Muslim Too” Rally, has already had his project blow up in his face more than once. Big time! One of his twinning partners is Sheikh Deeb, a disciple of Sheik Ahmad Kuftaro. 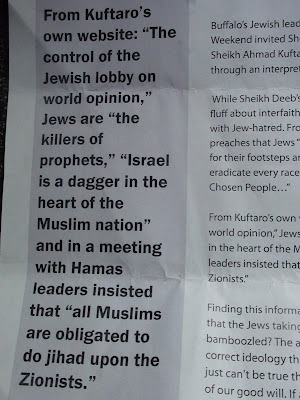 The protesters are obivously aware that the Islamic scriptures are anti-Semitic, and they are calling for the Rabbi to apologize to the Jewish community. 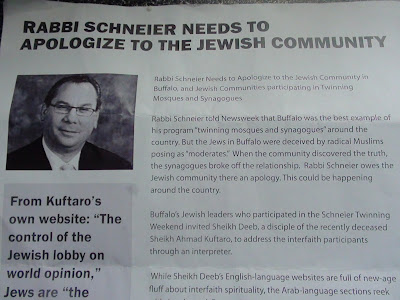 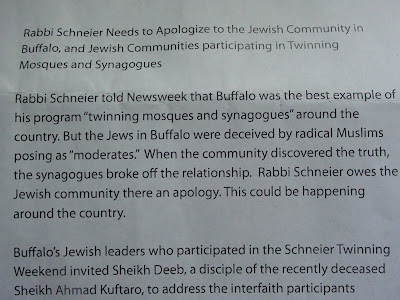 Upon arrival our correspondant witnessed some very straight forward signs the protesters were holding. 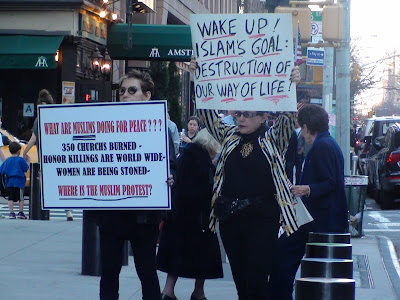 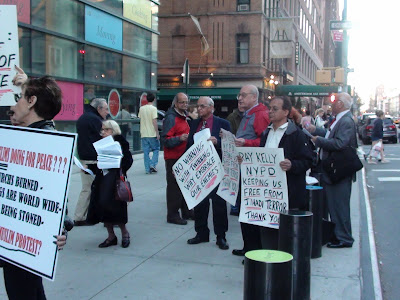 On top of the truth filled signs, they even had a speaker who did a very good job! She laid the blame on Islam, and also spoke the truth about Muslim immigration being the Trojan Horse.

Throughout the rally numerous people stopped to see what was going on, and for the most part the responses were in support of the protesters. 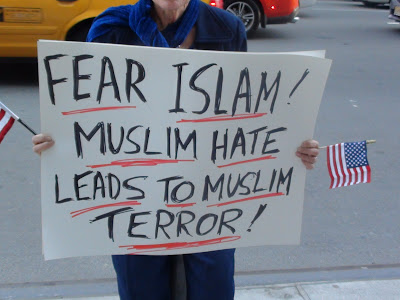 The non-Muslim community is clearly waking up to the threat of Islam, and the interfaith IslamoCON. Keep on speaking out my friends!

Finally, I would like to close out this post with the hero of the day. I do not know her name, but will call her the “Woman of Wisdom”. 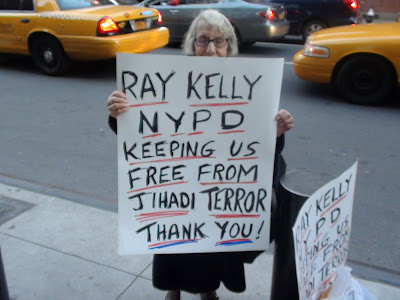 Please support the Logan’s Warning infidel reporting team, by making a donation today via PayPal. Or by sending a check or money order to: P.O. Box 313336 Jamaica, NY 11431. Please make them out to “Christopher Logan”. Thank you!

← Muslims Attempting to get Islamic Kids Books onto the Shelves of Walmart
Friday Fan Mail for the Logan’s Warning Infidel Team! →