Today the Logan’s Warning team was going to attend two events in NYC. One being the Islamic Friday Prayer Day at Occupy Wall St. But that has been postponed until next Friday. The other event was an interfaith conference taking place at Judson Memorial Church. The pictures and videos below will fill you in on what took place inside the Church. 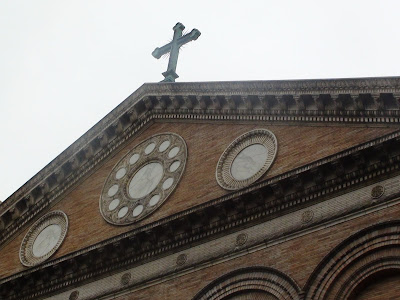 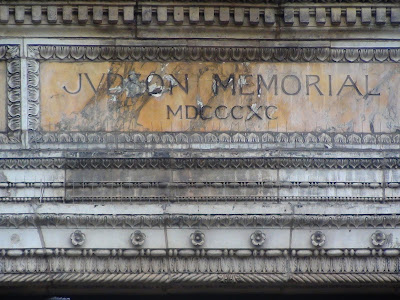 An inside view of the Church.

A quick scan of the audience. 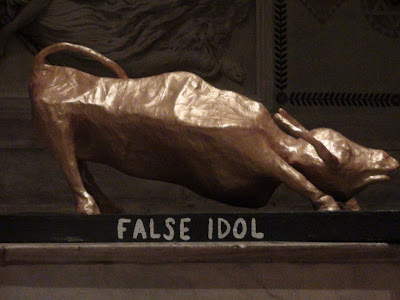 The Church is led by Reverend Michael Ellick who was going to march down to Zuccati Park in order to support the Islamic Prayer Day.

Apparently the Reverend is unaware that Muslims do not want democracy, they want Sharia. The soul of this country will be destroyed if Islam is not stopped!

Diane Steinman, the Director of NYS Interfaith Network for Immigration Reform decided to make an appearance.

Next up is exactly the reason I wanted to report on this conference. The upcoming speaker is Megan Putney, the Program Director of the Muslim Consultative Network. The mission of this organization is to strenghten the Islamic community.

The organization thrives on the interfaith IslamoCON, and has been spreading a false message of Islam since 2003.

The Muslim Consultative Network (MCN) is a nonprofit network of New York area based Muslim American organizations and individuals, working to strengthen and unify our community for love of God and to serve the needs of Humanity.

Since its first meeting as a group of volunteers at the Interchurch Center in 2003, MCN has promoted Muslim engagement in American pluralism and in the dialogue of faiths. Every year, our members engage in scores of Interfaith debates and discussions, prayers and advocacy for policy change. MCN has been a leader in such initiatives and a consistent and loyal partner.

We will see how “loyal” they are if Sharia ever takes hold of America.

One of the most alarming aspects of this organization and the Church allowing them to come in and promote themselves and Islam, is that Debbie Almontaser is the chair of the executive committee. For those who do not know, she was the founding and former principal of Brooklyn’s infamous Khalil Gibran International Academy. She was forced to resign because of a scandal over the following shirts:

(The word infitada means “shaking off” in Arabic. But it known to be associated with the violent Palestinian uprising against Israel.)

The “Stop The Madrassa” campaign was the organization that applied the pressure to the state and Debbie. Good for them!

Now let us see what our interfaith “friend” Megan had to say.

“Islam is against any oppression”? Is that so? Since Megan decided to bring up the ahadith. Maybe she would like to explain the following verse?

Megan, why do I have the feeling you were only telling us part of the story? As for the “protest Chaplins”, and the applause they received. Wishful thinking and bowing down to Islam is not going to change what Islam is. The Sharia campaign continues. So stop appeasing it, and start fighting it! Your future generations are at stake here.