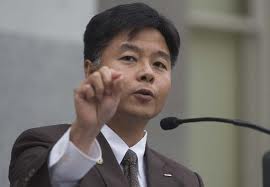 Obviously over the past few days most of you have read about the verbal war going on, over Lowes pulling their ads from the failure of a show “All-American Muslim”. Stepping into the fray is the useful idiot St. Senator of California Ted Lieu. Like his master Islamophile Dictator Obama, Ted is another out of control power freak who has threatened Lowes with legal action. So over the past 2 days or so, I and many others anti-Islamic teammates have been speaking to Lieu via Twitter. Doing so clearly exposed his ignorance, and treacherous actions to our non-Islamic country!

Numerous infidels including myself, asked Lieu if he had read the Koran.

@tedlieu ……Have u read Koran Ted?

He never did answer the question directly, but he did respond with the following attempted deflection.

Bio:
@tedlieu
Husband of Betty, the love of my life. Also happen to be a California State Senator and a Lieutenant Colonel in the US Air Force Reserves.
California · http://www.sen.ca.gov/lieu

Ted Lieu @tedlieu 12 Dec
@luchadora41 @LogansWarning @jamesds1 Have you read the Quran? The US spends treasure and lives outreaching to peaceful Muslims.

At that point I challenged the ignorant one to a debate on Islam, which was another Tweet he conveniently avoided.

Christopher Logan @LogansWarning 12 Dec
@tedlieu I openly challenge you to a debate on Islam on my site. I will make a designated thread. Let me know when……

Since Ted does not have the knowledge of  Islam to debate the scriptures, he got in line and hid behind the ignorant President Bush, and Islamophile Obama.

Ted Lieu @tedlieu 12 Dec
@LogansWarning @jamesds1 Pres Bush declared, and Pres Obama reaffirmed, that US not at war with Islam. Words of our Commanders in Chief.

You see, Ted does not want to do his own research. He needs to take the easy way out, and avoid the problem. While grandstanding. It is all about him, NOT America!

One member of the infidel team who voiced their displeasure with Lieu was a Coptic Christian.

Boula G @Iboula 12 Dec
@tedlieu For Coptic Community in Torrance, you are going to lose our vote,

To further show his ignorance Lieu responded with the following Tweet:

Ted Lieu @tedlieu 13 Dec
@Iboula So if the show was All American Coptic and the same thing happened, would you still feel the same way?

Obviously Ted does not know that the Coptics of Egypt have been persecuted under Islamic rule for centuries. He also brags of speaking at a Council on American Islamic Relations (CAIR) event! Ted just does not know when to keep his mouth shut! 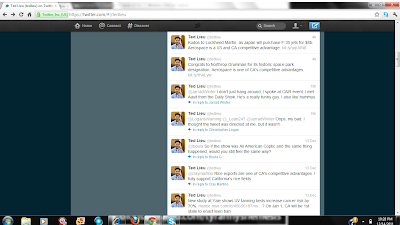 For those new to the subject, CAIR openly admits they want America to fall to Islam.

Omar Ahmad
Co-Founder of the Council on American-Islamic Relations:

Not only has Ted failed America, and disgraced the military, he has turned his back on his future generations in order to play big shot and score point with Muslims. Ted was clearly told that Islam calls for the dominance over non-Muslims. (Image below) He just does not care though. It is all about him! 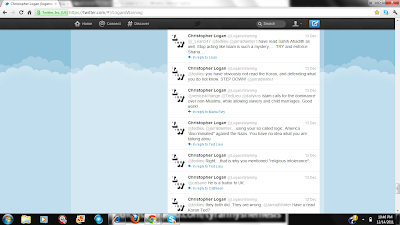 I am not the only who sees Ted’s astonishing ignorance. The Muslims of the Muslim Public Affairs Council (MPAC) have noticed it as well, and will be strolling Lieu out as a useful idiot during an upcoming “Islamophobia” conference.

The bottom line here is that Lieu will be helping Muslims, in the misinformation warthat is being waged by then across the country.

Muslim Public Affairs Council President, Salam Al- Marayati, talks about the growing industry of hate and how to fight it while inviting all to join him at the 11th annual convention.

Ted has clearly and voluntarily become a tool of the enemy, and that enemy is Islam!

To let Lieu know we are sick of treacherous Islam protecting politicians, please contact him HERE, and join the “Flood Ted Lieu’s Facebook & Twitter; Stop the Abuse of Power” Facebook page by clicking HERE. Let Ted know he answers to the INFIDELS, and WE are NOT happy!