Heading over to the Islamic Prayer Day at Occupy Wall St (last Friday), I decided to cut through Zuccotti Park and take a look at what the Wall Street protesters were up to first.

Upon arrival, the first thing I saw was the entertainment.

From there I started to walk through the park, and it was like the protesters had built an entire town within the park. The closest part of the “town” to me was the “housing complex”. But instead of real apartments, it was made up of tents. Apparently it’s a rent free complex! 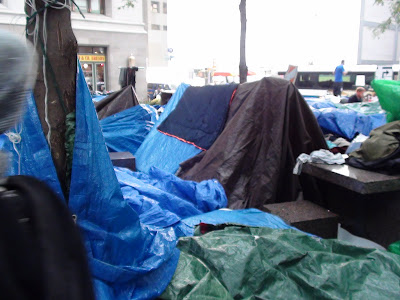 The Zuccotti Town even had its own barber shop, and “hospital”. 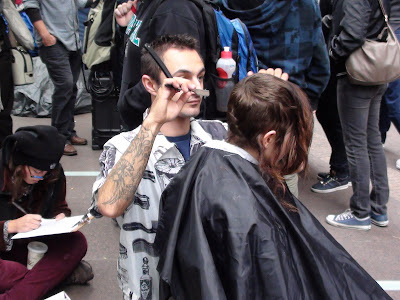 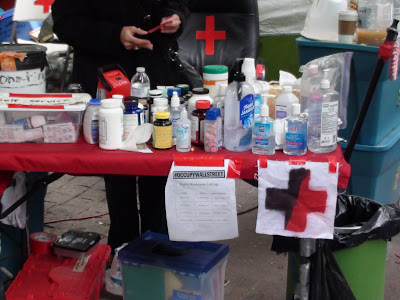 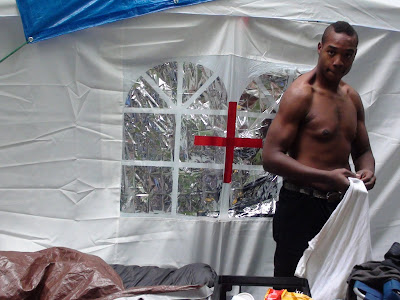 After looking around in the complex, I decided I did not want to move in. I know, I probably gave up a dream dwelling.

Walking towards the other end of the park in search of the slaves to Allah, I passed a food cart that served the food of Allah. 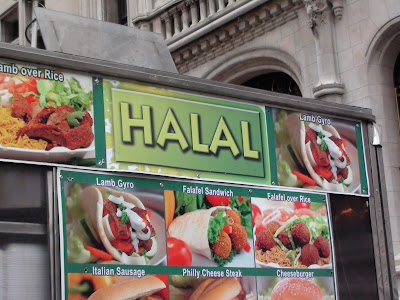 Scanning the park for the prayers area, I noticed a small crowd of Muslim women in head scarves. 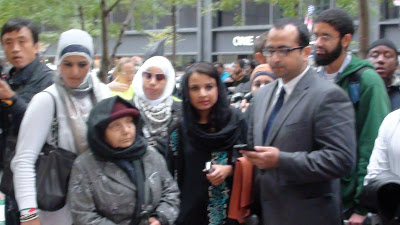 That was obviously where I needed to be. The area was mostly roped off, and the ground was covered with a tarp for them to pray on. Keep in mind, the World Trade Center was just blocks away! 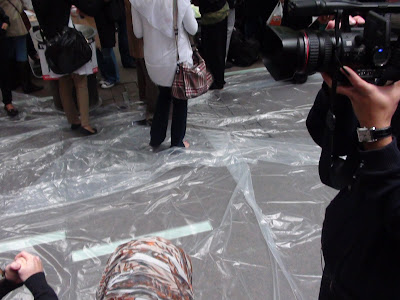 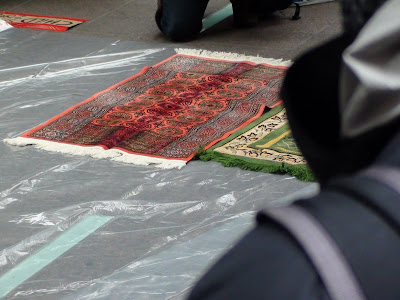 The first sign I spotted at the prayer area was the following: 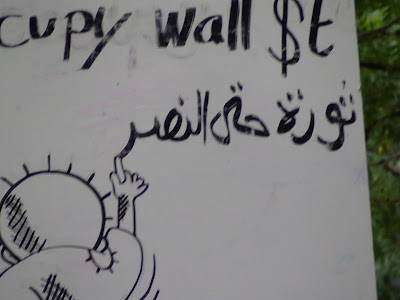 The second was the following: 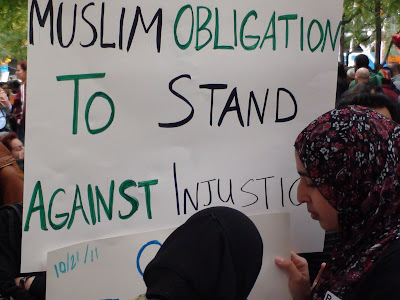 The problem with that sign, is that most non-Muslims will read it and blindly believe that Muslims mean well. When the truth is Muslims should be asked if it is an “injustice” for non-Muslims to be treated as 2Nd class citizens under Islamic Law?

Next in line was the table sponsored by the Council on American Islamic Relations (CAIR). Laying across the table was a a large piece of cardboard that was being signed. Written on it was “Global March to Jerusalem”. 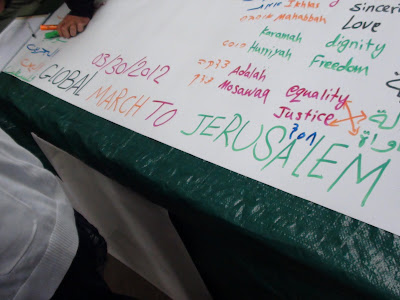 What many non-Muslim do not know about the Palestine vs Israel conflict, is that it is not about land. It is about Islam, as the Hamas Charter states.

Unfortunately they probably will not care.

It was still a several minutes before NY’s Imam Baqi was going to start his Friday sermon, so I scanned the crowd surrounding the prayer area. An area that the Muslims would not let any non-Muslims on, if they were not praying once the prayer started. I even overheard one want to be Sharia cop, calling for other Muslims to stand guard around the perimeter of the area as the Imam gave his speech. The reason was, “we have to protect the sistas”. 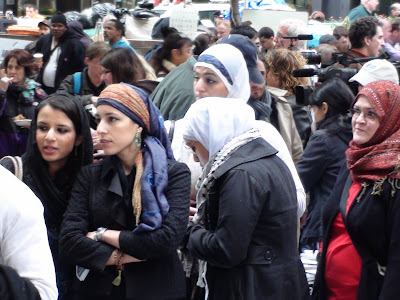 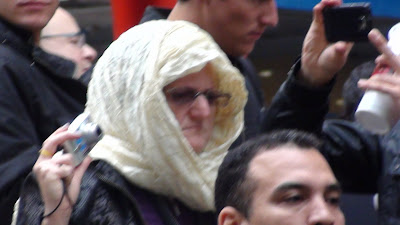 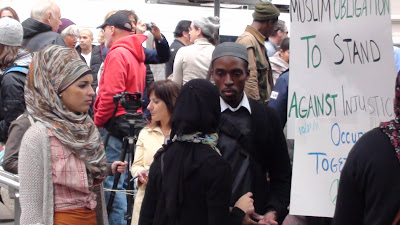 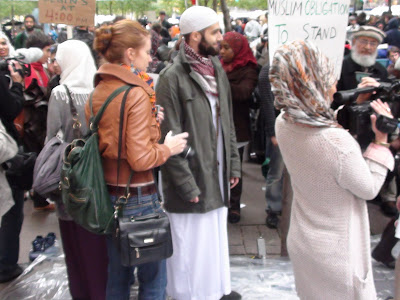 The man in white is NY CAIR representative Cyrus McGoldrick. Cyrus recently wrote a statement to the following organizations: Senate Standing Committee on Veterans, Homeland Security and Military Affairs. In the statement this was written:

In public Cyrus comes off as mild mannered and soft spoken. But now we can see his true colors. What he fails to mention is that Sharia is also the governing body of Islam, and its laws effect non-Muslims as well as Muslims. Non-Muslims suffer under Islamic Law. Sorry Cyrus, your deception does not work here!

One last shot of those who attended:

The Muslim woman in the white head scarf (start of video above) explains to me what is a happening.

Next up, the Sharia Police take their places, the Imam’s IslamoCON, and the prayer...

Please support the Logan’s Warning team to continue to report the news that the mainstream media will not touch. $10 – $20 is not going to kill you, but a knife in my back at one of these events might kill me. (Lets hope that doesn’t happen) A donation can be made today on the site via PayPal. Or a check or money order made out to “Christopher Logan” can be mailed to:

12 comments for “Muslims Occupy Wall St for Friday Prayer! ~ The Sermon in the Street ~ Videos”