This past Sunday was NYC’s 26Th annual Muslim Day Parade, and what a sad day for America it was. First approaching the parade area I noticed some counter-parade flyers that were put in place. (Logan’s Warning, and Jarrad Winter’s Tyranny’s Nemesis ) 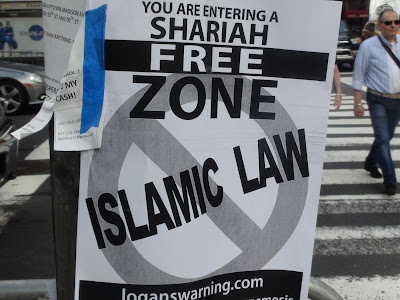 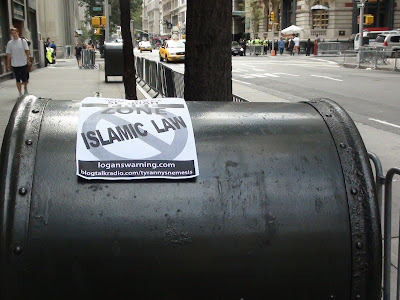 Thanks to those who helped spread the truth!

Then of course, came the call of the enemy. 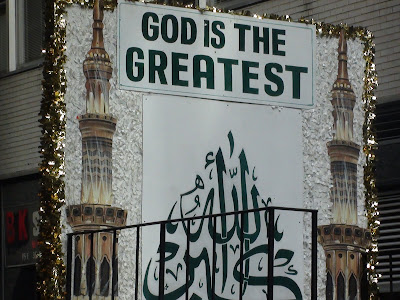 It was still a few minutes before the designated 12:30PM start time, but the poor children who have already been brainwashed to be slaves to Allah, started to gather.

While those who know little about Islam most likely think this parade is harmless, it is not. It is a symbol of unity, of a so called religion that should have been banned during the Barbary Coast Wars. 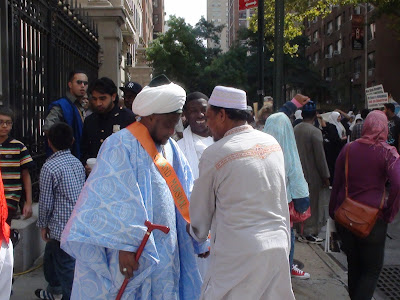 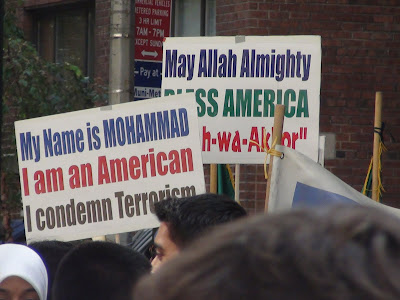 While he might be sincere, Mohammad the founder of Islam was a self-professed terrorist.

Still watching the crowd before the parade actually started, I noticed one of the most disturbing elements of the day: 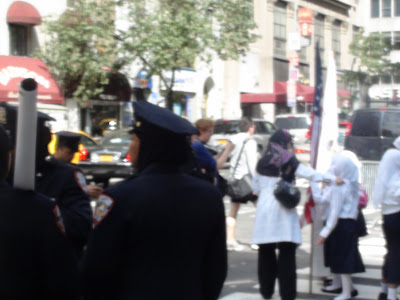 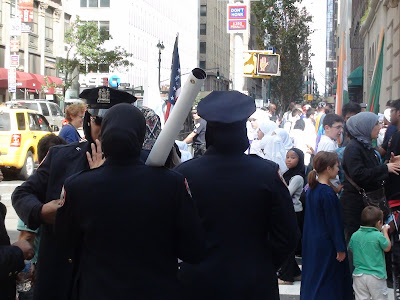 As most of you know, I do not believe Muslims should be allowed into positions of power in America. The reason being is because they will use their influence, to help sway policies in favor of Islam. This includes the US Military as well.

Meanwhile, Muslims were still gathering while proudly displaying their organization, or school. 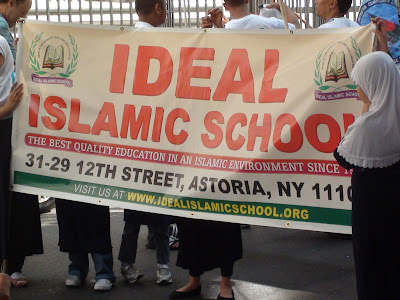 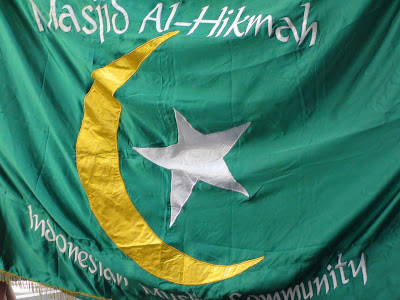 In the meantime, these NYPD Muslim policemen were either oblivious to the sign behind them, or they just did not want to stir up any controversy by tearing it down. (Thanks to all who made the flyers possible. For the record, the flyers were the only opposition to the parade there!) 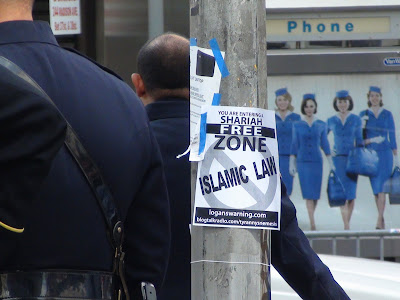 Here we see the NYPD ISLAM guarding one of the parade leaders.

To make matters worse, what appears to be non-Muslim police officers are the ones leading the Islamic appeasing parade. What a sad day for NY! Have we forgotten 911?!

A display of flags. How many of them are US friendly?

The tarp comes out. NO it was a not a rain delay at Yankee Stadium! This was done because they claimed they had to pray at 1PM, before they mobilizied. 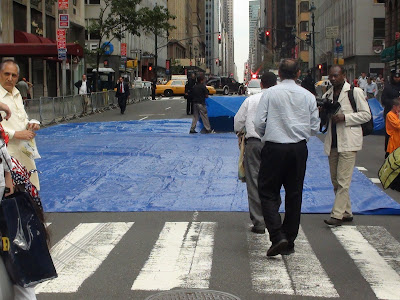 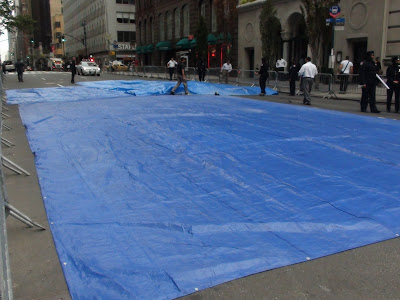 As the prayer area was still being set-up, the first signs of the wanna-be Sharia police came to light. Let’s not forget what is happening in the UK….

The number of wanna-be Sharia police grows, while being backed up by the NYPD ISLAM. 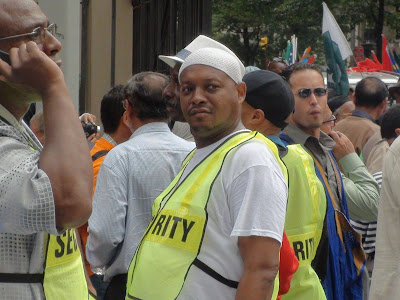 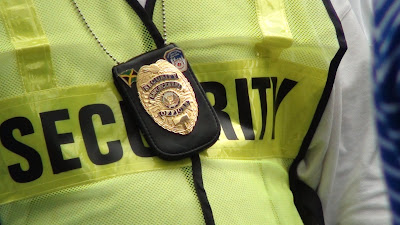 The Islamic call to prayer starts! Can it get any louder?

Preparing to pray, with commentary from yours truly!

Muslims on the move, with help from the NYPD!

Next up: The second and third waves etc, plus two disturbing songs by young Muslim girls.

← Follow-up on Tunisia Cultural Center ~ Let the (Word) Games Begin!
Exclusive~ Muslim Parade~ Muslim Girls Sing, “For you (Allah) I give my life” →