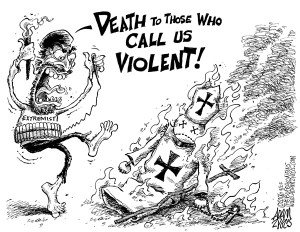 In a steadfast effort to win the information war I refuse to back off on Islam, or even become politically correct about it. But doing so can certainly bring some life-threatening results. It is just a price we must pay in order to save our future generations from death or enslavement under Islamic rule.

While on Facebook yesterday I had posted the following status.

Out of curiosity I checked my “other” folder in the private message section here. It is where messages go that are sent by people you are not friends with. In it I have message after message from Muslims trying to get me to stop speaking out against Islam. Some are being nice (probably being fake) about it, while others are not. Do the Disciples of Satan not yet understand that NO tactic will work with me? I am not backing off, and I am certainly not joining them! #ISpeakOutBecause Muslims lie like there is no tomorrow. #Islam #Dawah #NAI (Logan)

Then just a few hours ago I decided to check the “other” folder again. That is when I came across the Islam inspired death threat. But first some information on the sender.

The message was sent from a William Scanlon of Massachusetts. 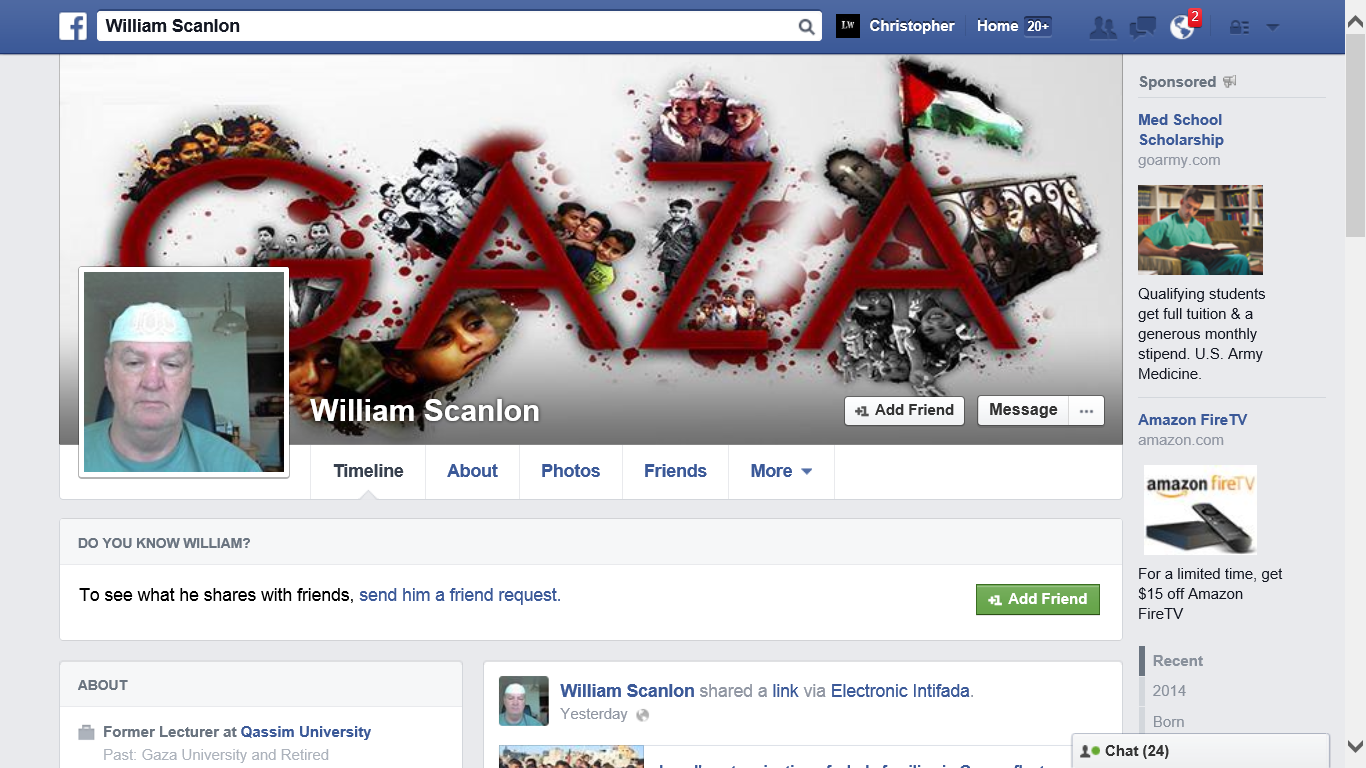 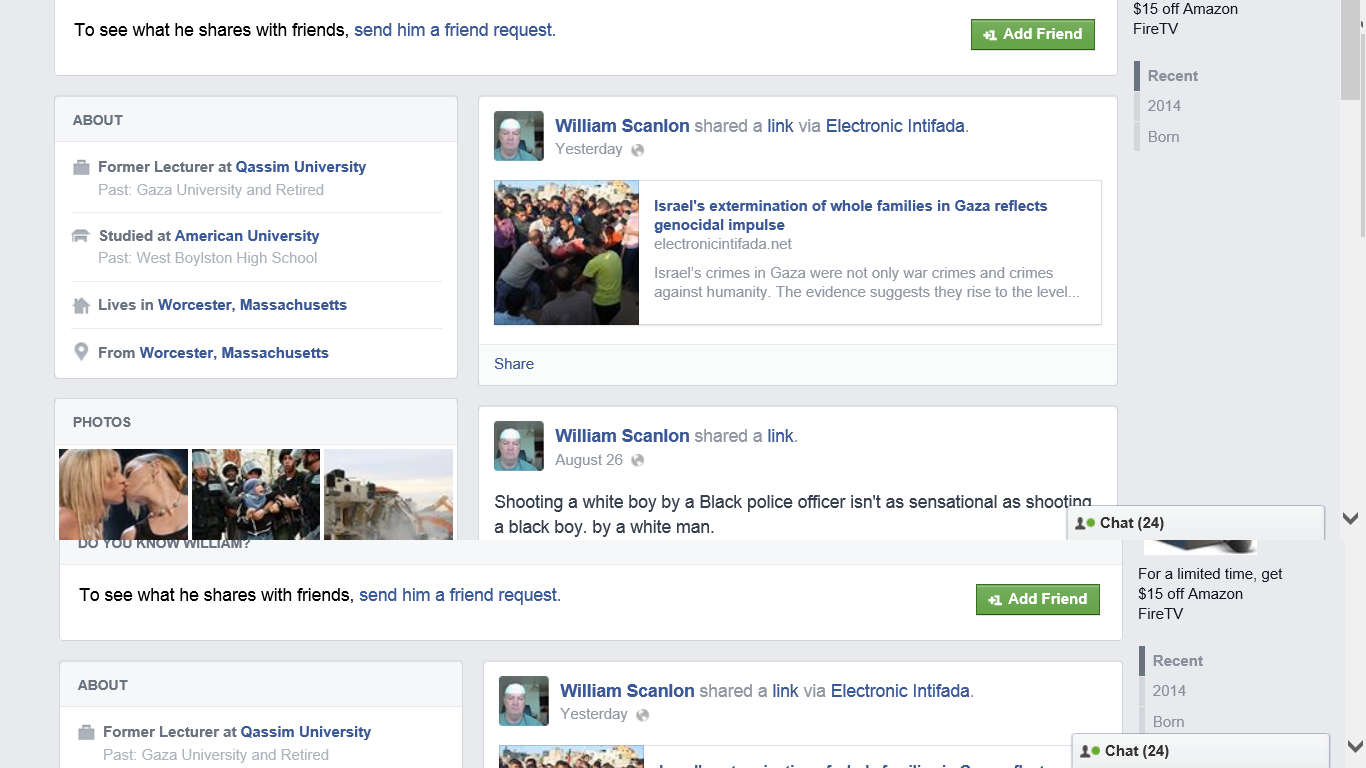 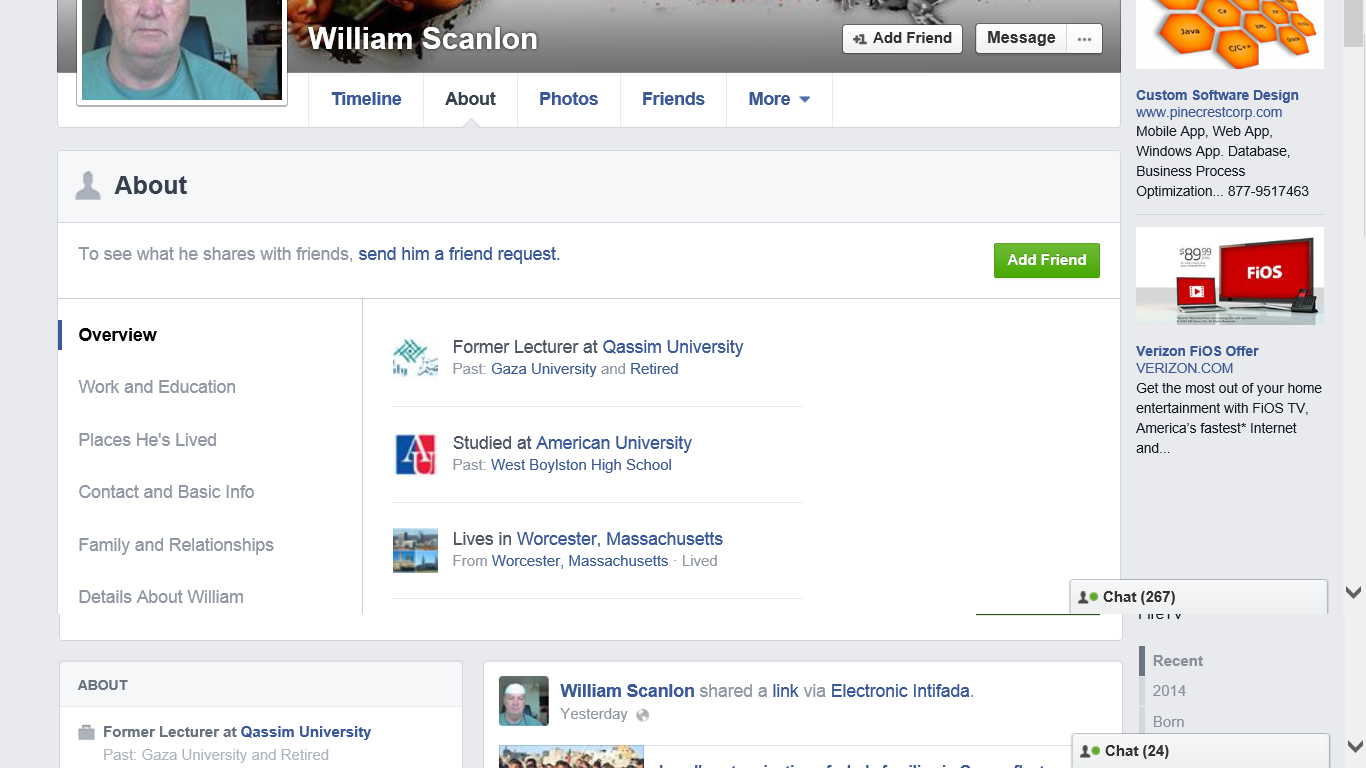 According to his profile he lectured at Saudi Arabia’s Qassim University. Which houses approximately 40,000 students. 40,000 people being taught to hate non-Muslims and abuse females.

For those who do not know the Al-Qassim Region is in the heart of the Arabian Peninsula, and here is what Mohammad had to say about the peninsula.

Now that you have some background on the wannabe Mohammad, here is the threat. 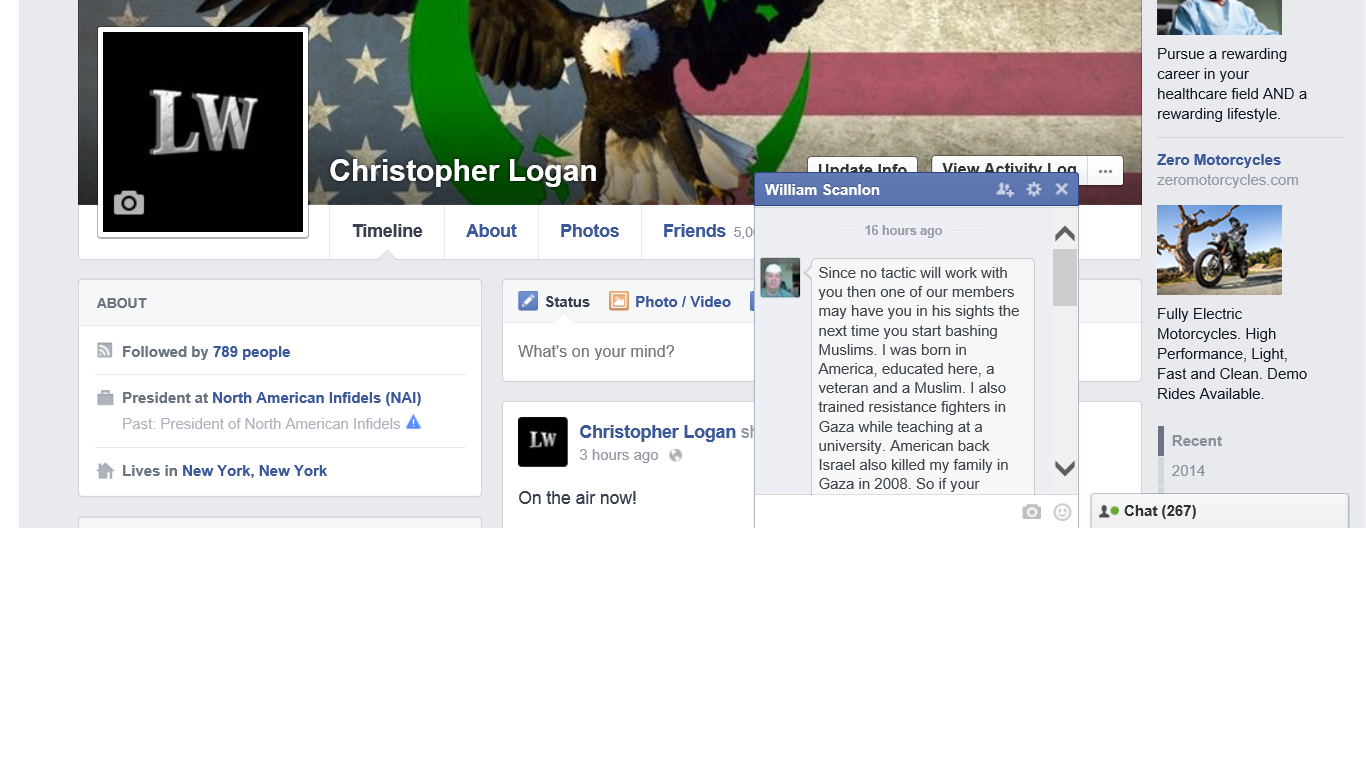 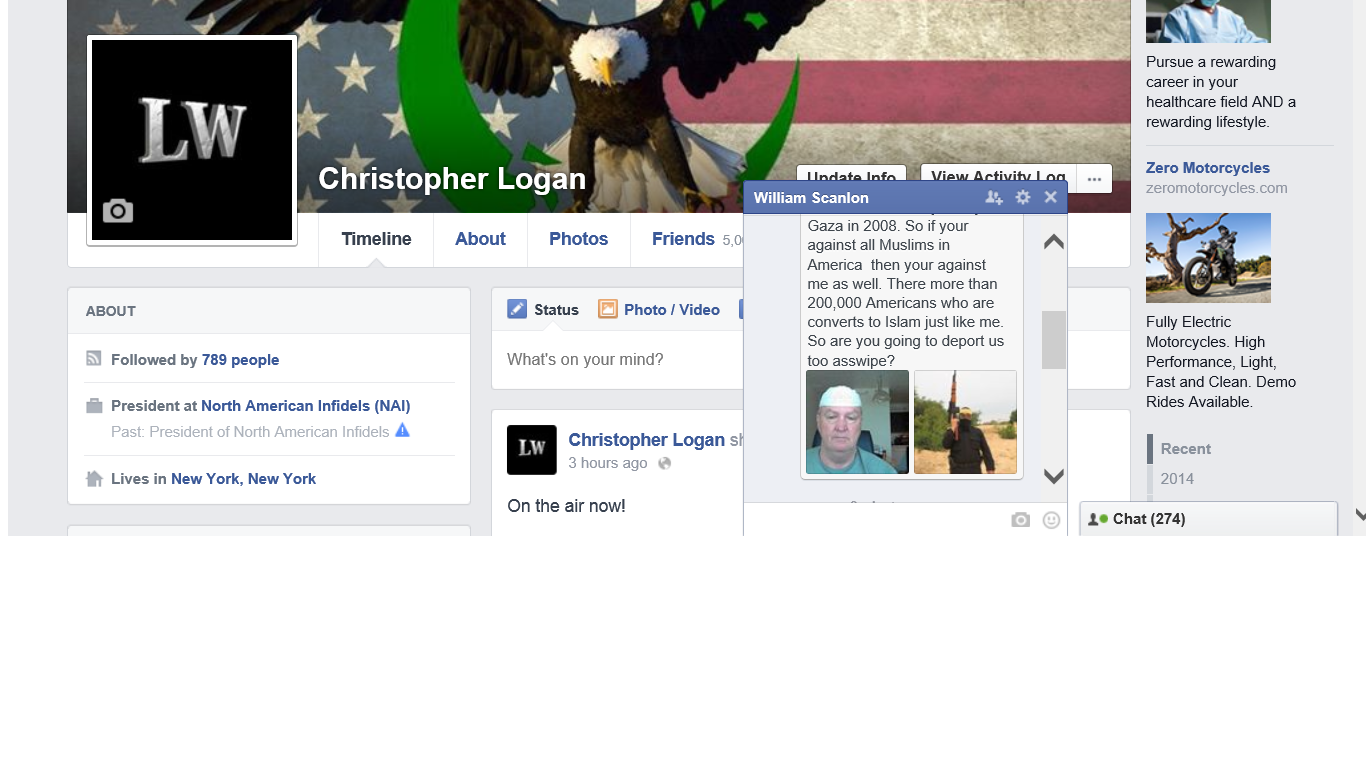 For those who are having trouble viewing the screenshots, I will supply the text. Obviously William “enjoys” spending time reading my posts.

Since no tactic will work with you then one of our members may have you in his sights the next time you start bashing Muslims. I was born in America, educated here, a veteran and a Muslim. I also trained resistance fighters in Gaza while teaching at a university. American back Israel also killed my family in Gaza in 2008.

So if your against all Muslims in America then your against me as well. There more than 200,000 Americans who are converts to Islam just like me. So are you going to deport us too asswipe? 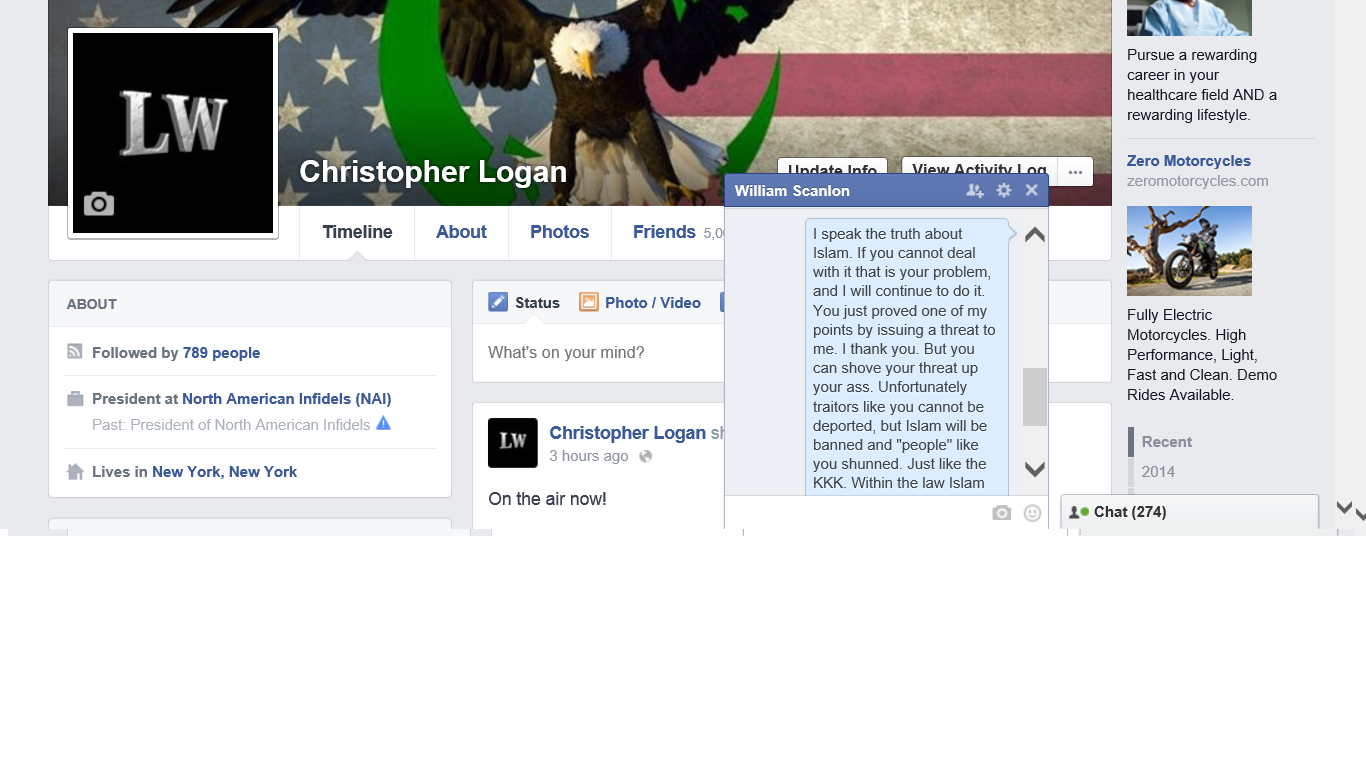 After his “kind” greeting William even sent me a wallet sized photo! 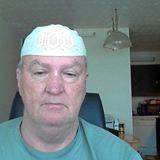 Then there was this. Is that you William? 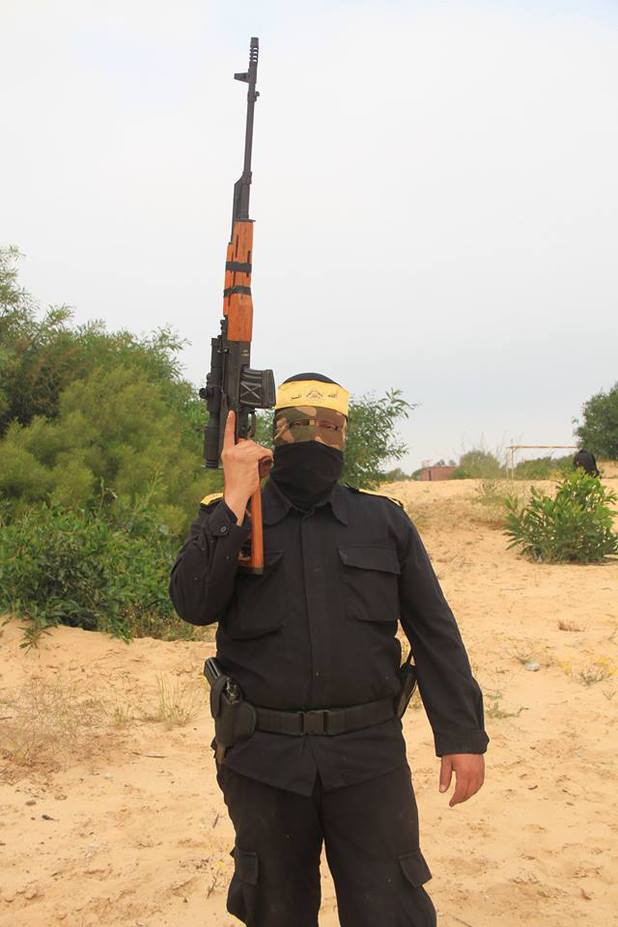 Between that picture and his stays in Saudi Arabia and Gaza, William shows he is a clear traitor and threat to America’s non-Muslim community.

But as I said in the top of the article. I am never going to back off on Islam. 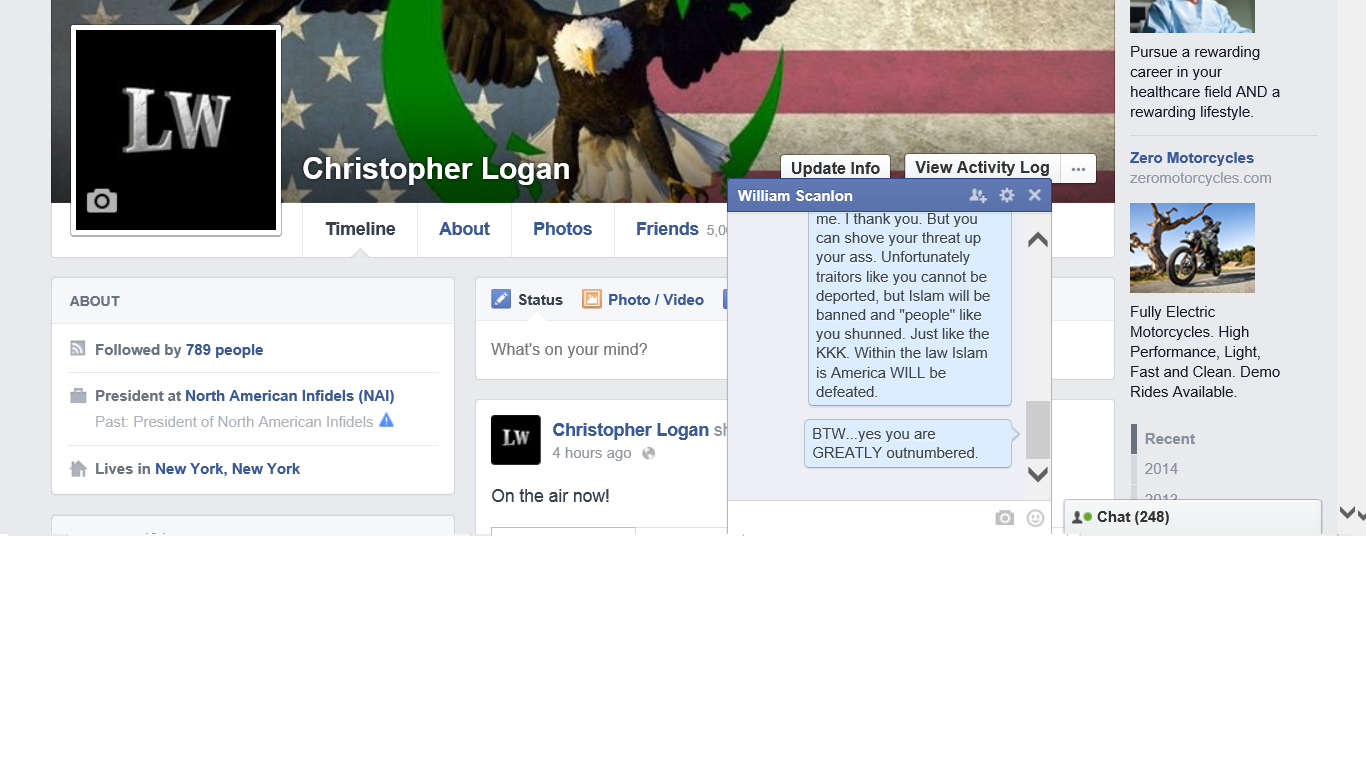 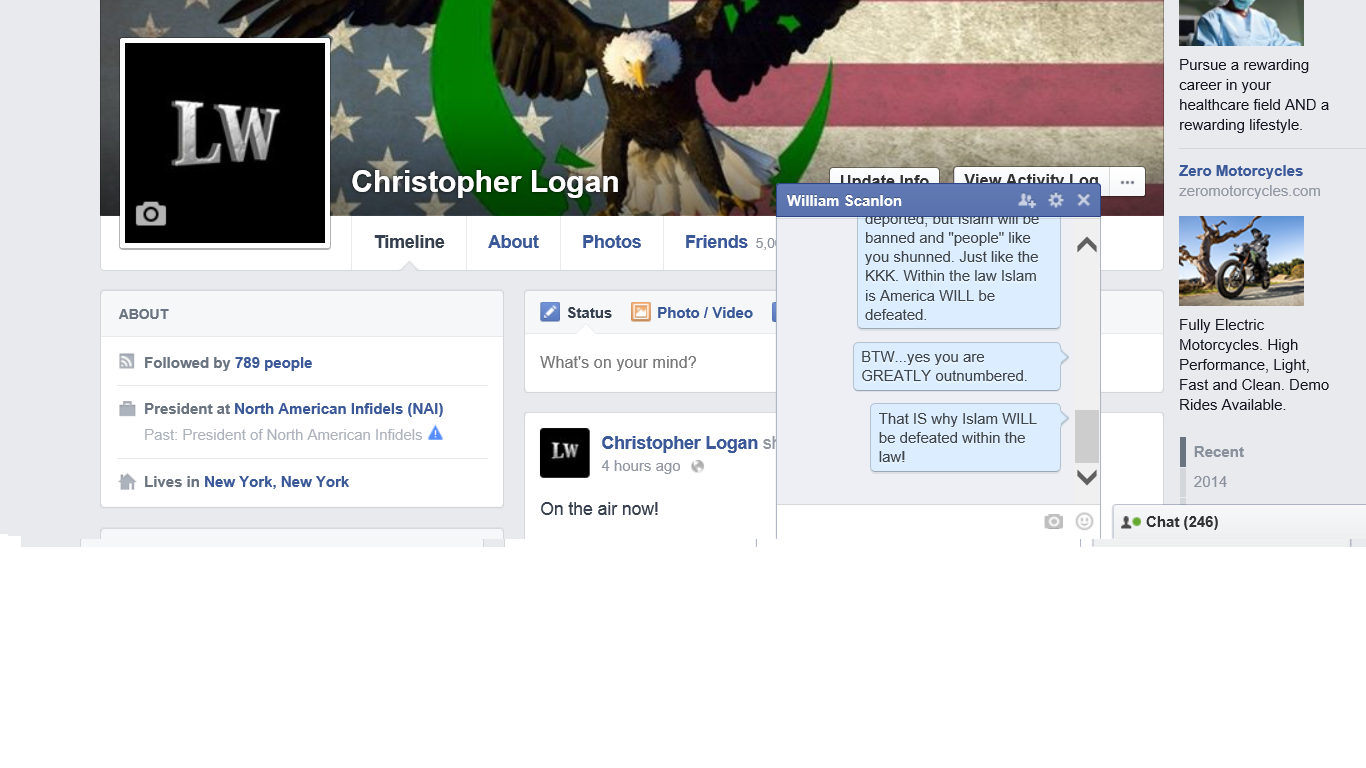 I speak the truth about Islam. If you cannot deal with it that is your problem, and I will continue to do it. You just proved one of my points by issuing a threat to me. I thank you. But you can shove your threat up your ass. Unfortunately traitors like you cannot be deported, but Islam will be banned and “people” like you shunned. Just like the KKK. Within the law Islam is America WILL be defeated.

BTW…yes you are GREATLY outnumbered.

That IS why Islam WILL be defeated within the law!

Your act of intimidation fails here “Mohammad”. It only adds fuel to my fire! Team Infidel thanks you!

17 comments for “Muslim in Massachusetts Issues me a Death Threat!”