Last night I had an online debate with a Muslima in NY, in which showed just how enslaved the mind of a Muslim is. Which is sad, considering what they are helping usher into America.

As usual I got right to the point and mentioned the facts that Islam allows child marriage, and the taking of sex slaves.

Of course Khara’s initial response was to deny Islam allowed those actions.
(Click on images to enlarge) 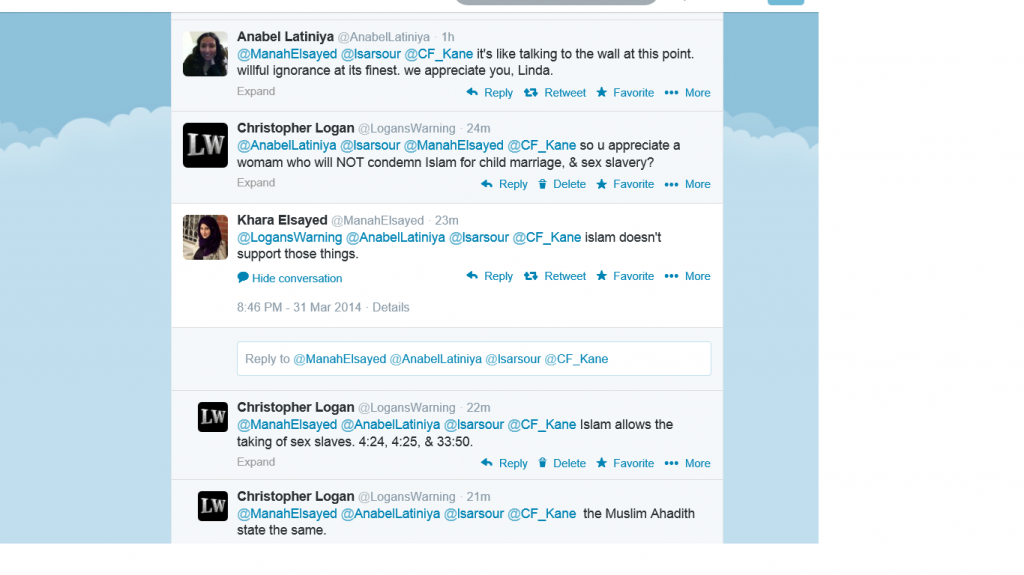 But then just minutes later she pulled a 180. 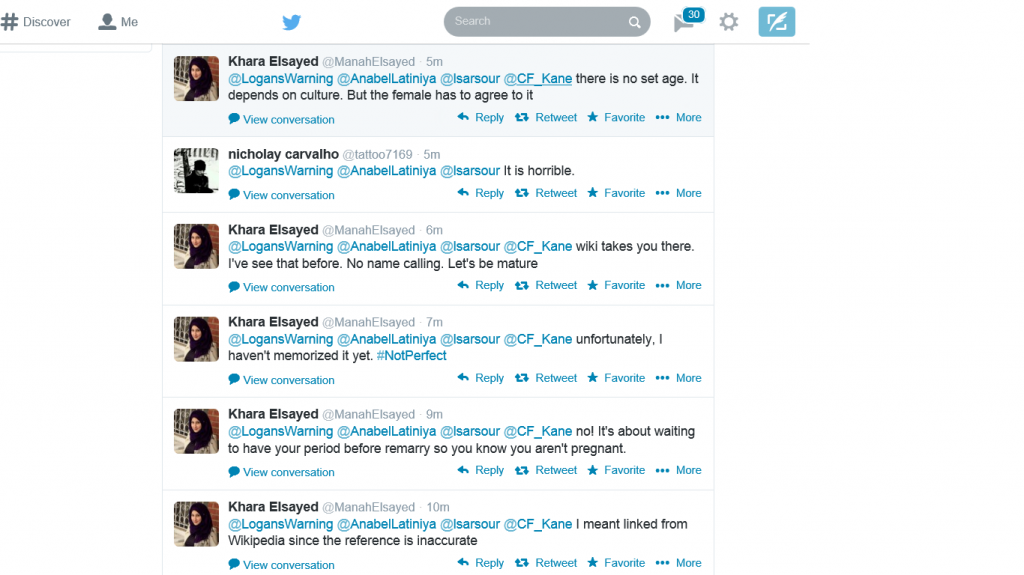 As you can see she quickly admitted there is no age minimum for females to be married in Islam. But she tries to justify it by saying the girl has to give consent. I am sorry, but those with morals do not think a 6 or 7 year-old etc., knows what marriage entails.

When I called her out on her admission she quickly pulled another 180! 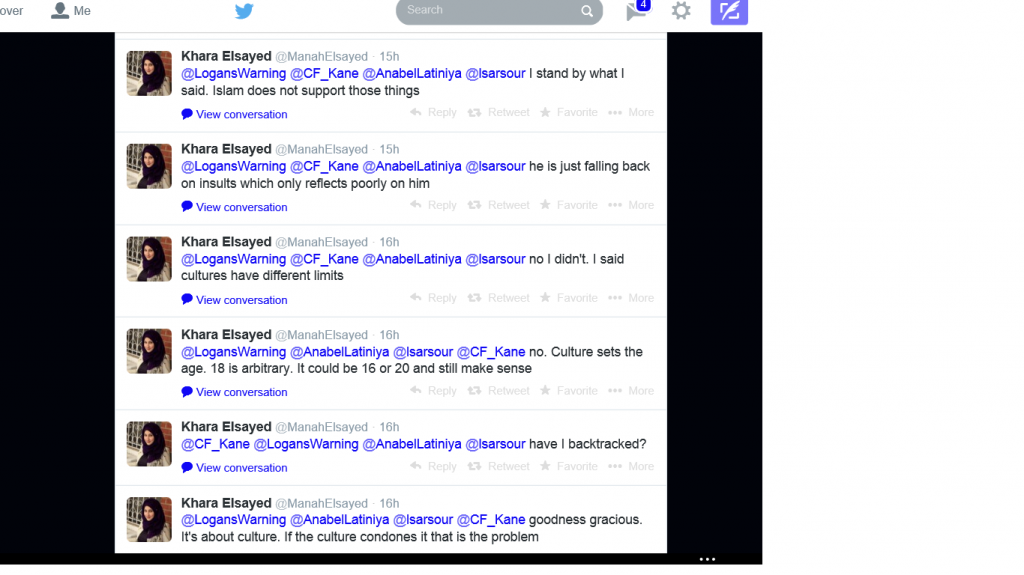 After she stopped playing ballerina in an attempt to try and cover her tracks, she came up with some of the finest Islam inspired double-talk I have ever seen. 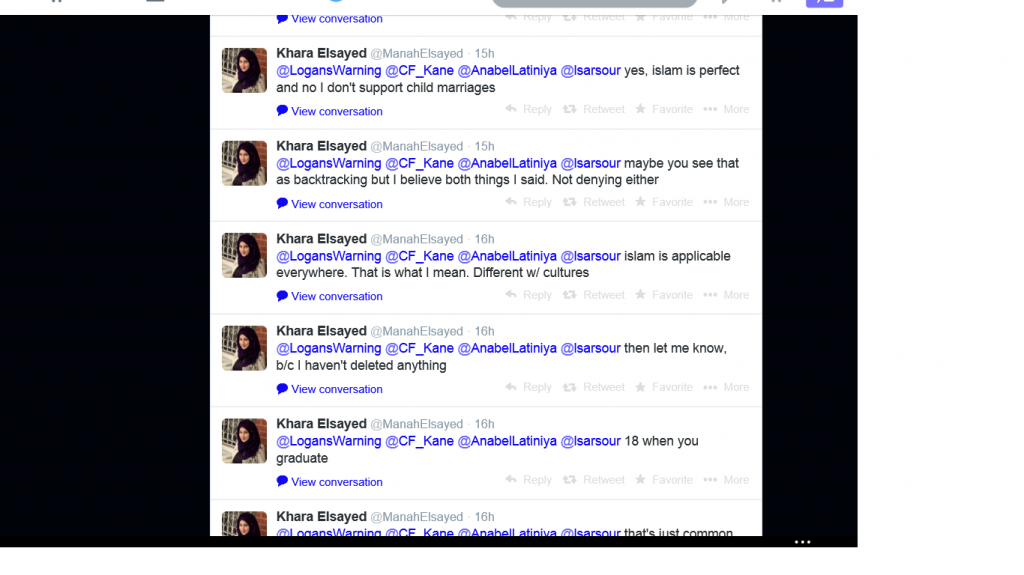 To her Islam is perfect, but she “doesn’t” support child marriage. Sure, that makes sense.

Islam is a mental disease!

2 comments for “NY Muslima: Islam Doesn’t Allow Child Marriage, Yes it Does, No it Doesn’t….”