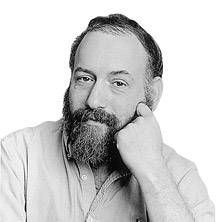 I hate to admit it, but we are losing the war with Islam. One of the main reasons we are losing this war is that as some of the most prominent names in this field, are either uniformed on Islam, or just too afraid to come out and name the enemy. Instead, many of them use the term “Islamism”. As for me, I purposely stay away from using that term, because failure to properly name the enemy will eventually lead to the death of America as we know it. This proven failure leads us to the main subject of this article, Professor Barry Rubin of the GLORIA Center. Who on January 9th arrogantly penned an article entitled “You Still Don’t Understand Islamism, Do You?”.

Prof. Barry Rubin is director of the Global Research in International Affairs (GLORIA) Center, editor of the Middle East Review of International Affairs (MERIA) Journal, and a featured columnist for PajamasMedia at http://pajamasmedia.com/barryrubin/. His latest books are The Israel-Arab Reader (seventh edition), The Long War for Freedom: The Arab Struggle for Democracy in the Middle East (Wiley), and The Truth About Syria (Palgrave-Macmillan)

In his article the Professor implied Islam itself was not the problem.

You Still Don’t Understand Islamism, Do You?

Around 2007, I gave a lecture at the Defense Department. One of the attendees presented a scenario suggesting that the “problem of Islam” was not political but a problem of verbiage.

The problem with his message is that “Islamism” does not exist, as the Koran is the book of Islam, not “Islamism”, and that makes Islam the problem.

If we bother to look across the West with an open-mind, we can see that the West is clearly changing to suit Islam. The aspects of Sharia that have crept into Western societies are just the beginning stages of a complete domination of non-Muslims under Islamic Law, if the so called religion is not stopped.

The reason for this endless quest for domination is because the book of Islam demands it!

Apparently the professor missed those classes.

There was a secret debate happening in the Defense Department and the CIA in which some people thought that all Muslims were a problem, some believed that only al-Qaeida was a problem, and still others thought the Muslim Brotherhood was a problem.

This must be the part where Rubin is going to separate the “good” Muslims from the bad. Please let me know when then approach saves the West from Islamic rule…. He also fails to realize or mention is that NO Muslim will condemn their terrorist leader Mohammad, and that any promotion of Islam itself is part of the problem!

As for the rest, of course al-Qaeda and the Muslim Brotherhood are parts of the problem. But…. they are just very active members of the cult of hate called Islam, and if the West does eventually address Islam itself, it is just a matter of time until we lose this war. In order for us to win, Islam’s golden shield of religion status must be smashed!

Apparently Rubin does not understand that, because his message actually helps keep Islam alive in America.

Approximately two years ago I attempted to speak to him on Facebook about the use of his terminology. He arrogantly stated Islam is not the problem, and subsequently blocked me. If he is confident in his message, why did he run from the conversation? Is it because he is just $elling America a fantasy? So once again Barry, how about you step up to the plate and defend your position by debating me? The debate will be entitled: “What is the threat, “Islamism” or Islam? We can do it here, on Facebook, or on the radio. It does not matter to me, although I highly doubt he will even come out of the dugout. True leaders do not hide….

The article has been Tweeted to the Gloria Center. If they respond, I will let you know.