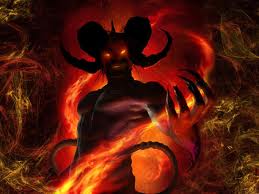 Unfortunately I continually get reminders on why we are losing the war with Islam. Todays is most disappointing though. Back  in August of 2012 I proudly posted about an anti-Islamic ex-Muslim warrior, who is stuck in the Boko Haram killing zone. Since then I have suspected his message was weakening, and today the final nail in the coffin was delivered. He has bowed down to Islam….

2 hours ago near Abuja, Abuja Capital Territory ·  MY LAST POST I would wish to apologise to all the good Muslims whom I have hurt by my incessant attack on the religion. It is now clear to me that I was never really a Muslim because I did not participate in all the rituals like ablution and praying 5 times a day which I saw as anachronistic and outdated. I have been struck by the incongruence of having the most wonderful friends who are Muslim and yet hitting hard on that faith because of my disillusionment with the antics of Boko Haram and the fanatics who bring a bad name to that religion.

He has gone from fighting Islam head-on to making excuses for the so called religion. He is now avoiding the fact is that Islam has been a threat to non-Muslims long before Boko Haram even existed.

Sahih Bukhari Volume 1, Book 2, Number 24: Narrated Ibn ‘Umar: Allah’s Apostle said: “I have been ordered (by Allah) to fight against the people until they testify that none has the right to be worshipped but Allah and that Muhammad is Allah’s Apostle, and offer the prayers perfectly and give the obligatory charity, so if they perform a that, then they save their lives an property from me except for Islamic laws and then their reckoning (accounts) will be done by Allah.”

Because of my special position I have been privy to many Muslim discussions that were hateful and derogatory of other people and other religions. But one thing is fundamentally true about human rights and the freedom of religion – that all may worship as they choose, even if Islam may not hold that to be true, yet all those that stand by that creed must act with respect for what others believe.

Islam does not respect the beliefs of others. It calls for the dominance over Jews and Christians. By force if necessary.

{ قَاتِلُواْ ٱلَّذِينَ لاَ يُؤْمِنُونَ بِٱللَّهِ وَلاَ بِٱلْيَوْمِ ٱلآخِرِ وَلاَ يُحَرِّمُونَ مَا حَرَّمَ ٱللَّهُ وَرَسُولُهُ وَلاَ يَدِينُونَ دِينَ ٱلْحَقِّ مِنَ ٱلَّذِينَ أُوتُواْ ٱلْكِتَابَ حَتَّىٰ يُعْطُواْ ٱلْجِزْيَةَ عَن يَدٍ وَهُمْ صَاغِرُونَ } Fight those who do not believe in God, nor in the Last Day, for, otherwise, they would have believed in the Prophet (s), and who do not forbid what God and His Messenger have forbidden, such as wine, nor do they practise the religion of truth, the firm one, the one that abrogated other religions, namely, the religion of Islam — from among of those who (min, ‘from’, explains [the previous] alladhīna, ‘those who’) have been given the Scripture, namely, the Jews and the Christians, until they pay the jizya tribute, the annual tax imposed them, readily (‘an yadin is a circumstantial qualifier, meaning, ‘compliantly’, or ‘by their own hands’, not delegating it [to others to pay]), being subdued, [being made] submissive and compliant to the authority of Islam. His so “wonderful friends” have played him such a fool, that he is now defending Islam.

I may not believe what you believe, but I will fight to the death to defend you right to believe it – provided you are not violent with your belief!!

Whilst I disagree essentially with many tenets in Islam, I defend the right of the Muslim who believes and acts in the belief that his religion is truly peaceful, irrespective of whether we both agree on the peaceful origins of that faith.

What if that Muslim is lying until Islam has the upper hand? After 1400 years of conquering non-Muslim land, why should non-Muslims take the change on trusting Muslims?

However such Muslims of Peace bear upon them a terrible burden to clean up the mess which the extreme radicals have brought upon the religion. If one such as me, with my roots in Islam can develop a sudden detestation for Islam because of Boko Haram and their ilk, imagine what others think of Islam and the hate it must breed in them for all things Islamic.

Unfortunately Moo’s “wonderful friends” have talked him out of reality. Mohammad himself said he was going to drive all the Jews out of the Arabian Peninsula.

Big bad Mohammad also told his marauding Muslim men that it was OK to rape and impregnated captives of war. Was that all Boko’s fault?

I have decided that nothing will be gained from hurting the majority of decent Muslims in pursuit of the histories that lead to violent Jihad. Islam must learn to open up, to question its roots, like Christianity did and still survived and became stronger despite the investigations and expositions of Science.

Moo even goes so far down the Islamic ass-kissing road that he plays the Muslim victim card. Right Moo, not “offending” Muslims is more important than saving our future generations from a life under Sharia Law. Brilliant…just brilliant…

Koran verse 10:64 says its words cannot be changed. How do you propose they change that Moo?

Of one thing I am sure as I watched Muslim and French soldiers drive the Jihadist Riff Raff out of Mali, that violent Islam will never triumph over moderate Islam, or indeed over the Western ideologies of human rights and democracy – as indeed my friend Chritopher Logan fears. As I watch the battles in Egypt, Tunisia, Libya and Syria I can feel that extremist Islam is being replaced by modern, moderate interpretations – the yearnings of young Arabs who feel no shame in being modern and Western like the Muslims of Dubai and Malaysia. I now believe that the values of my beautiful thinking friend, Rashid Oniyangi and the Peace of Usman Bala Mohammed will finally triumph against those who propagate a violent Islam.

Does that include voting the Muslim Brotherhood into office? FYI Moo, non-Muslims are persecuted in those countries. Wishful thinking does not change that, nor will it win this war. As for your so called Muslim friends, I challenge you to name just one of them who has condemned Mohammad the perverted savage.

I will wish to thank my friend Rashid Oniyangi for being the best Muslim ever and expousing modern interpretations of Islam which is where Islam must head. I particularly enjoyed his Father Christmas hat. I wish to thank Usman Bala Mohammed who tried so hard to make me a good Muslim, but failed when I was repeatedly threatened by death. Please forgive my anger.

Now I challenge you and your so called friend to show me just one “interpretation” that does not call for the dominance of non-Muslims.

And with this I write my last. I shall now remove all that I have written. Moo Ham Mad is dead. Deadly Truth might be truthful, but sometimes Silence is Golden.

When it comes to someone who knew about Islam, silence is cowardice and suicidal. Now you are supporting the ideology of the enemy, and that makes you part of the problem! You should be ashamed!

Unfortunately Moo here is not the only one to be sucked into the “moderate” Islam con. Prominent names here in the USA have foolishly done so as well.

One is ACT’!’s Guy Rodgers:

We know how serious it is and we know that reformist Muslims have an uphill battle. But where I differ with Mr. Logan is that I know there are moderate and reformist Muslims, and we lose nothing by supporting their efforts.

A second is Daniel Pipes:

Well Guy, we have everything to lose including America. Because your way does does not fight Islam head-on, and it is a proven failure. It lets Islam survive, as it is not looked upon as the enemy ideology it is.

As for Pipes, maybe he would like to explain how “Muslims” will get around Koran verse 10:64? I highly doubt he will respond though, it is easier for you to hide from me and my simple questions.

If you ask what the point of this article was, I will gladly tell you. Far too many non-Muslims continue to hold on to the easy out, a line of wishful thinking that “moderate” Islam is going to come to the rescue. Meanwhile in the real world, non-Islamic lands continue to change to suit Islam.

I am a bottom line guy, and the bottom line is that what these guys and many others are pushing is not even close to working. They need to lose the “moderate” Islam is coming to the rescue fantasy, and come into the real world and admit Islam needs to be fought head-on.  The “moderate” Islam dream has only paved the way for Islam to make inroads into non-Islamic lands.

33 comments for ““Moderate Islam”…..the Greatest Trick the Devil Ever Pulled”