From the Sahih Bukhari Ahadith:

‘Umar said, ‘We do not enter your churches because of the statues and pictures.’ Ibn ‘Abbas used to pray in the church provided there were no statues in it.” Bukhari vol.1 chapter 54 p.254 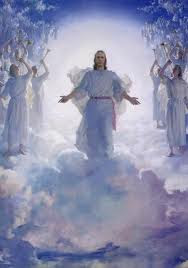 Another verse from the Sahih Bukhari Ahadith:

Abu Musa al-Ash’ari and ‘Umar ibn ‘Abdulaziz prayed in a church. Ash-Sh’abiy, ‘Ata, and Ibn Sireen did not see anything wrong with praying in a church [if one happened to be in a church at the time of salah]. Al-Bukhari says: “Ibn ‘Abbas would pray in churches [under unusual circumstances] except for those with statues or sculptures.” The Muslims of Najran wrote to ‘Umar saying that they found no place cleaner or better to pray in than a church. ‘Umar wrote to them: “Sprinkle it with water and leaves and pray therein.” According to the Hanafi and Shaf’i schools, it is disliked to pray in such places in general. 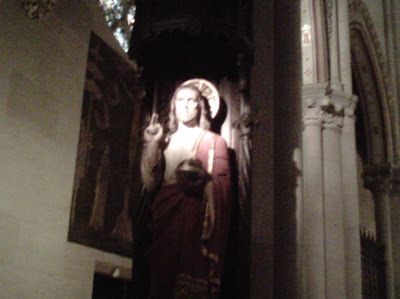 Finally, from the Reliance of the Traveller, A Classic Manual of Islamic Sacred Law. A manual which is approved by Al-Azhar the world’s highest learning Islamic school.

(1) in a bathhouse or its outer room where clothes are removed;

(6) in places where taxes are gathered or taken;

(7) in places likely to be contaminated by wine;