Last September non-Muslims were complaining that the Hillside Islamic Center was encroaching on the residential lifestyle of the neighborhood. This was because members of the Mosque were looking to add 18 more parking spaces for the worshippers that visited the Mosque.

Last night I received a tip from a Logan’s Warning reader on this same Mosque. Heading out to Long Island I witnessed what Muslims decided to do this year. They decided to disrespect the non-Muslims of the neighbourhood, and had the town of New Hyde Park help them block the street off for the Islamic month of Ramadan. 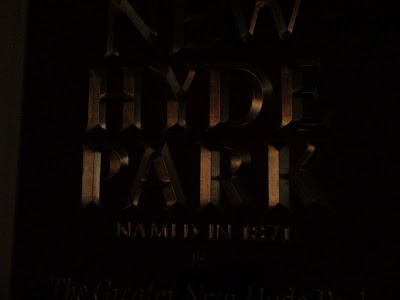 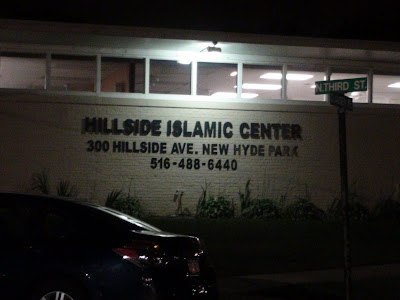 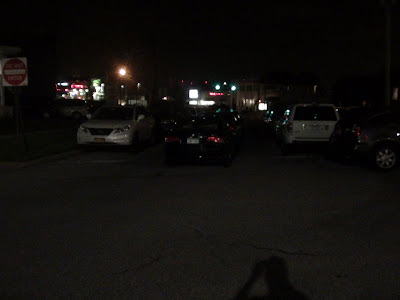 That was the rear view of the cars parked in the middle of the street. Below is the front view that was blocked off by the town. There was also a police presence, which was just pulling away as I arrived. (Sorry for the darkness in the pictures and video. It was not a well lit street.) 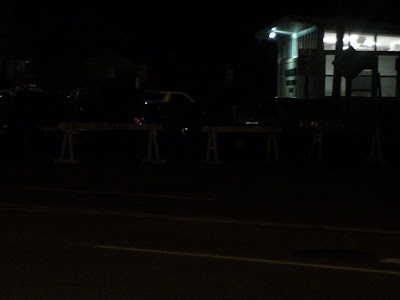 Taking over the block was not enough, nothing ever is….. The Mosque also had the prayers being broadcast into the street.

Heading back to the car it could be heard a bit better in this video.

The Islamic encroachment of America continues….