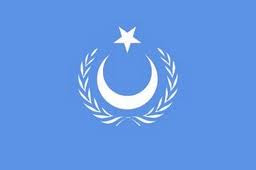 In this never ending war with Islam, Shariah loving Muslims have stepped it up a notch….let me change that. They have taken a giant step forward with their brazen demands to dominate non-Muslims whether we like it or not.

The Anjem Choudary/NY Islamic Thinkers Society led Shariah4America movement, is calling for the United Nations to be turned into a massive New York Shariah Court!

With the uprising against tyrrany and oppression gathering pace in the Middle East, each deposed dictator raises more questions about the puppeteers who kept them in power for the last 30-40 years. From Ben Ali to Hosni Mubarak to Muammar Gaddafi and now Ali Abdullah Saleh of Yemen, the greatest force to defend and pay for their stay in power has been the United States of America and her western allies. With the mess left behind by American foreign policy around the world and the resounding call of Muslims and non-muslims around the world for justice after years of oppression under unislamic leaders, there is an urgent need for an International Shari’ah Court of Justice capable of dealing with dictators who have paraded for decades with impunity thanks to American backing. Indeed even ordinary non-muslim britons and americans have long called for their leaders to face trial over the illegal war on Iraq.

Here we see another classic case of Muslims being deceptive. What they fail to mention is that non-Muslims are oppressed under Islamic Law, and they try to lure non-Muslims to believe that Sharia is no threat to them by bringing up the Iraq war. Which is opposed by many non-Muslims.

When they speak of “protection”, here is what they really mean.

Bukhari Hadith Volume 1, Book 2, Number 25 Narrated Ibn ‘Umar:
Allah’s Apostle said: “I have been ordered (by Allah) to fight against the people until they testify that none has the right to be worshipped but Allah and that Muhammad is Allah’s Apostle, and offer the prayers perfectly and give the obligatory charity, so if they perform that, then they save their lives and property from me except for Islamic laws and then their reckoning (accounts) will be done by Allah.”

In other words, do what we say or else…

Thankfully there is a unique facility in the Shari’ah to deal with the corruption, oppression and tyranny of rebellious leaders who exploit their subjects. The Court of Madhaalim is a special court in Islam, established to account Rulers, governors and other deputies of the Islamic state and to hear the complaints made against them by ordinary citizens in open and public court. This court has historically had and used the power to punish rulers and officials and demand compensation for their crimes, and even to remove them from office in extreme cases, an idea unheard of in the western world.

Is there a “unique facility” in the Shari’ah to deal with the oppression of non-Muslims? Oh I forgot, Sharia condones that oppression!

Apparently that is all OK.

An ideal place for such a court in the Islamic State of America would be the obselete United Nations Headquarters based in New York. As the authority and soverignty of the United Nations is not recognised by the Shari’ah of Islam, its headquarters would no longer be welcome on the shores of the Islamic State of America. However the buildings, originally completed in 1952 and spanning an 18-acre site on the East side of Manhattan would be an ideal location to host the Islamic Court.

I am all for throwing the UnAmerican Nations out of our country, but it should not be replaced with Islamic Law. Which is as un-American as it gets.

The site is currently managed by member states of the United Nations and has its own security force, flags of all member states are displayed outside the main buildings. These will promptly be removed and the authority of the Islamic state will be clearly laid down, The united nations, their members, security forces, fire department and postal service will all be evicted and the Islamic Court could likely hold its first International War Crimes Trial almost immediately.

What about those who do not want a United Shariah of America? Will the International War Crimes Trial prosecute Muslims who have killed non-Muslims? Just curious.

As the former dictators of the Muslim world are already familiar with frequenting these buildings to visit their American masters, they – as well as the US, UK and Israeli leaders – can return to these buildings to stand trial for their acts of tyrrany, terrorism, war crimes, torture, kidnap and murder committed against Muslims around the world. Unlike in ‘democratic’ states of the world today, rulers and their aides are not above the law and cannot escape justice.

If Mohammad were alive would he be tried for terrorism in these courts?

Since you bring up the subject of “masters”. Isn’t that what Allah is all about?

It is going take a lot more than chains to impose Islamic Law on America. You are waking up the wrong lady!

← Family Security Matters Picks up Logan’s Warning!
It’s 4 AM, Logan is Ready to go….Choudary Cowers out! →

31 comments for “Shariah4America Muslims Call for UN to be Turned Into Massive Shariah Court!”