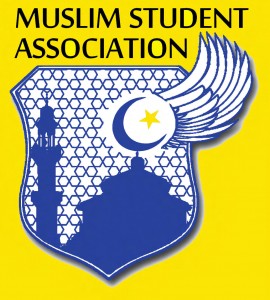 Hat tip to the B-man.

Speaking of the Sahih Muslim Ahadith, Mohammad also said this:

I cannot imagine why they didn’t mention that verse.

Proceeds will go towards the first year, part-time salary for a Muslim chaplain position at the University of Michigan.

For more than 20 years, the Muslim Students Association (MSA) at the University of Michigan has been actively contributing to the diversity of the Ann Arbor campus community. Just as most other religious groups have a religious counselor in place to bring guidance and stability to their communities, the Michigan Muslim Alumni Foundation is now looking to establish the first Muslim chaplain position at the University of Michigan.

Dieveristy with Islam is cultural suicide.

Why is this important?

We are blessed to have a vibrant Muslim Students Association (MSA) that has been a second family to many students on campus. However, student communities are transient. A chaplain can provide a consistent presence for Muslim students and the greater U-M community. This person would be a resource to students who are trying to create a balance between their religious values with the dynamics of college life. We contacted twelve universities from around the country that either have a Muslim chaplain or are looking to hire one. Many of the people we spoke to were often surprised that U-M does not have a chaplain given the size of its Muslim student population. By contributing to this initiative, you are making a long-term investment in the well-being of Muslim students at U-M.

Well-being of Muslim students, equates to more concessions to Islam.

What role will the chaplain fulfill?

A Muslim Chaplain will work to foster a cohesive and balanced Muslim community on campus while serving as an advocate for the diverse needs and interests of Muslim students through direct engagement with individuals, on campus organizations, University administration, and the Michigan Muslim community at large. He or she will also work in close collaboration with local leadership of other faith traditions in order to enrich the overall religious and spiritual life at the University of Michigan.

In other words, jump right into the IslamoCON interfaith game.

When will the position start?

The position is anticipated to start in January 2012.

What will be the chaplain?s key responsibilities?

What they really mean is, serve as a resource to help change America to suit Islam. This appointment is a another example of why Muslim immigration needs to be ended. The list of Islamic demands is just getting started…