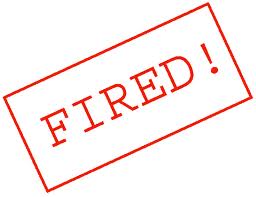 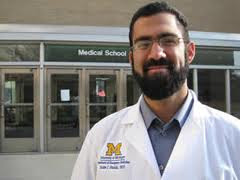 Butterball, the company that sells turkeys, sells halal turkeys. Don’t buy from them. Halal food has to be blessed by the Muslim god Satan, also known as Allah. Also complain. Tell them that you will boycott them, no matter what, since you can’t trust them.

I called there, they said the all their whole turkey’s are halal. Processed in America, within the USDA’s guidelines on halal.

I guess we’ll just have to let them know how we feel about their halal Turkey. We’ve always purchased only Butterball, never again!

Oh no, I bought one for Thanksgiving. Never again. I wish I had known that before.

The USDA has no guidelines on halal.
Halal slaughter is Muslim tradition, not American law.

Just another imperial imposition from the colonizing horde from the East.

The hypocrisy of Islamists is diabolical. Depraved male Muslims are allowed to rape women, and if the women victims don’t marry the rapists, the women are punished, possibly stoned to death. But if you are an infidel male doctor, or nurse, you must not touch a female Muslim patient.

They see themselves as so high and mighty it makes a person sick. Butterballs will get a letter from me too.

You realize that first part was adopted from Deuteronomy 22:28-29 right?

I sent my email to Butterball.com and you know how I write.

Thanks for pitching in TD!

Islam has no place on this continent. Those who try to bring it here should be sent back to where they or their family comes from.

Personally I don’t believe you have to be nice to sneaky asses at Butterball.com. I certainly wasn’t. If asses sneak a turkey to me blessed by the Muslim god Satan, also known as Allah, then I cannot be nice to them. I’m really very angry. Wouldn’t you be?

why don’t ya bigger off?

Unfortunately, Islam has destroyed America from within pushing Sharia Law. Have you ever seen other religions (Hinduism, Buddhism, or even Christian)try to enforce their law in America?. America.. wake up!

I have a hypothetical question for you Muslims out there. I am a male nurse. I get stuck in an elevator with a pregnant Muslim woman. I have to deliver the baby. Would you kill this woman? As a matter of fact, I think many of you would.

Why don’t you “give it a rest” a rest? You don’t have to post. If muslim women are dumb enough to be treated by a male, then maybe they should take the responsibility. Sort of reminds me of a group of girls at an all girls boarding school in Saudi Arabia being forced to stay in the burning building because they didn’t have their hijabs on. They were forced to die as the very righteous pervert males wouldn’t allow them to flee the fire. What idiot perverts!

I’m glad you bring up this incident, because it is highly illustrative of Muslim values and the values they would impose on others.
The men who prevented the girls from seeking their lives, who refused to rescue them, were not sinners in the eyes of their community. They will never serve one day in jail, never have one dollar extracted in fines.
And the message is clear– the lives of these girls were worth NOTHING!

Why don’t you give it a rest?

Soccer Players Get Suspended and Fined for ‘Fanny Pat’…

The Quran contains at least 109 verses that call Muslims to war with nonbelievers.

Maybe the Muslims had better “give it a rest”.

[…] Michigan: Male Nurse Fired for Treating Muslim Women Sues!. Share this:FacebookTwitterLike this:LikeBe the first to like this post. This entry was posted in Uncategorized. Bookmark the permalink. ← CBO: Stimulus hurts economy in the long run […]

Happy Thanksgiving to you and your family Mom!

Cancer of American-Islamic Relations – LOL!!!
You should trademark/copyright that!! 🙂

Even if the male nurse is in a position to save a woman’s life, he is not permitted to treat her.
In the eyes of the Ummah, it is better that she should die or be severely incapacitated.
I’m convinced that in Muslim countries, this idea doesn’t just apply to Muslim women, but to all women.
Our problem is not that this is Islam.
Our problem is that this is Islam being imposed in a non-Muslim institution where different ethical standards and a different tradition are practiced.
If Muslims are so rabid to practice their idea of medicine, then they’d better use some of that Saudi oil money to build hospitals and train their own doctors.

Your right its muslims who should work for themselves instead of blaming others for saving lives.

Can you imagine what would have happened if this particular male nurse decided to never treat another woman again? Even if the woman was in mortal distress?
And if he let her die, by a Western ethical standard, he is guilty of murder.
Just another example of how Sharia compliance is simply not possible in the West, and why Islam is not compatible with the Western tradition of life, humanism and ethics.

Concerning FGM, this opinion also stands for me.
My problem is not the “other”.
My problem is the “other” in the process of colonizing, creating empire and forcing me to accept his tradition over my own.
I won’t do it.

My sister is a nurse, retired now, but she worked in Maternity. She said foreign women, notably muslims, STANK so badly that the nurses began to refuse to treat them. The muslims refused to bathe or shower; they liked stinking! They also wouldn’t take care of their new babies. Many wouldn’t even look at them or hold them. Others would often come in and take the baby home before the mother went home.

If male nurses don’t have to look after these savages, they should consider themselves LUCKY!

And these barbarians have the nerve to call us un-clean??? Screw them all!!

Why would they want to hold the brat of their rapist. The poor things are utterly miserable. Someone tell the Western Feminists.

The smell is probably intended to keep arselifters at bay. But those pigs love goats, camels and sheep, etc. so they’re probably used to the smell.

Again, if Muslims wish to adhere to Muslim and Arabic traditions (and Muslim cultures are all Arabic in content to some degree) then they should build their own institutions.
When the society was more segregated in the 18th and 19th century, blacks built institutions that proudly had “African” in their names.
They have lost their pride and don’t do so any more.
From the looks of it, Muslims either never had any pride, or they want to take over non-Muslim institutions.

I wish to hell that they would all be the first deported, I bet the lion’s share of them are illegal anyway.

Glad the nurse sued, it’s these little cases here and there that are establishing precedent that will allow for shariah to creep in, not by statute but by case law.

Sharia is creeping into this country at a faster pace than most would imagine…Islam is not a religion to be respected…it is an authority by which these people live…it has no place in our society..unless we are willing to be governed by primative,hate filled,zealots who wish to rule the world.We must stop this bowing down to this authority.Here in Ma. I have learned that our county jails can not allow any pork or pork products to be surved in our jails.These damn people are now running our jails.They are influencing our schools,and they are ruining American traditions. Stand together and stop this servitude to Muslims. we foolishly gave them an inch now they want the field.

Each appeasement of Islam just leads to another demand, and it certainly does appear the pace has picked up over the last year.

They should count themselves lucky that I don’t run the jails. I wouldn’t care what anyone told me to do, I would serve pork for breakfast, lunch and dinner, and water out of a dirty fish tank (so they could pretend they are home with their wives). I would continue until I was forcibly removed.

Barbaric teachings! Wake up people of the Muslim World.

The nurse should rightfully sue and win at that!

This is outrageous; I think they should get their own practitioners or go get medical attention/treatment at a Muslim country which we all know is not even close to what they will get here in the States. Don’t come to my house and tell me how to run it. If they don’t like how we provide care then go get it somewhere else. I also noticed that a lot of them are on state insurances that pay for all their care and still complain and hate on the USA. This is just plain wrong.
I am sorry for the nurse who lost his job for doing his job and sad that his supervisors agreed so such claims and obligations by the Islamic community. God bless.

The Muslims have gained so much ground in America since Obama was elected that it is scarey to think what might happen with 4 more years of his reign. ALL practicing Muslims should be sent back to their homeland. If they wish to denounce their religion of hate, murder, torture, and discrimination against women and their all out hatred of ANYONE non-Muslim, then they should be allowed to stay in America.

Hopefully, this nurse wins his case and gets his job back. This is a very important case and should be given a lot of exposure by the news media ( though they are few and far between that would do it justice ).

Any Muslim who calls for a Sharia ruled America, that can be deported, should be deported.

“Dearbornistan” as people in Michigan often call it.