It took a few days but after Tweeting and Facebooking them my debate challenge, the Clarion Project has responded. 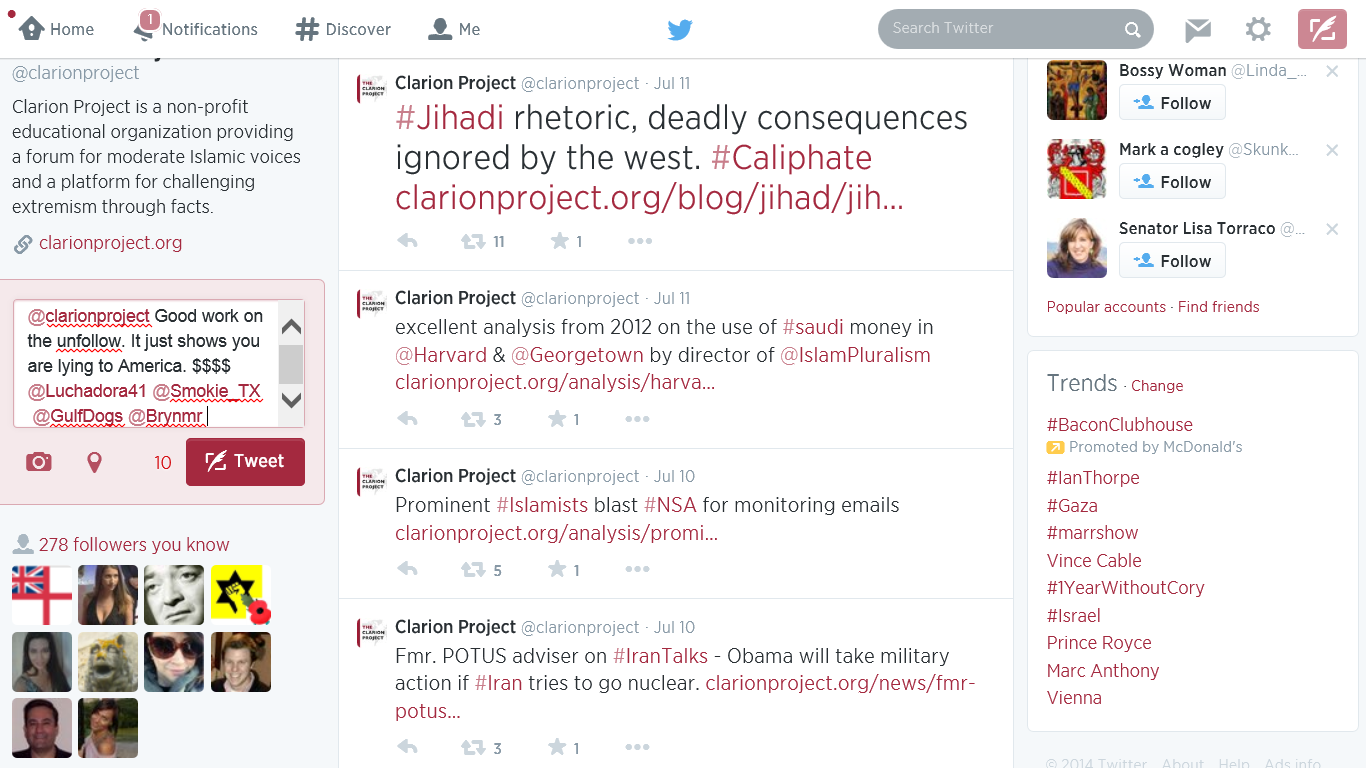 They have responded by unfollowing me. When someone follows you on Twitter you will see the words “Follows You” next to their name on the left. As below. 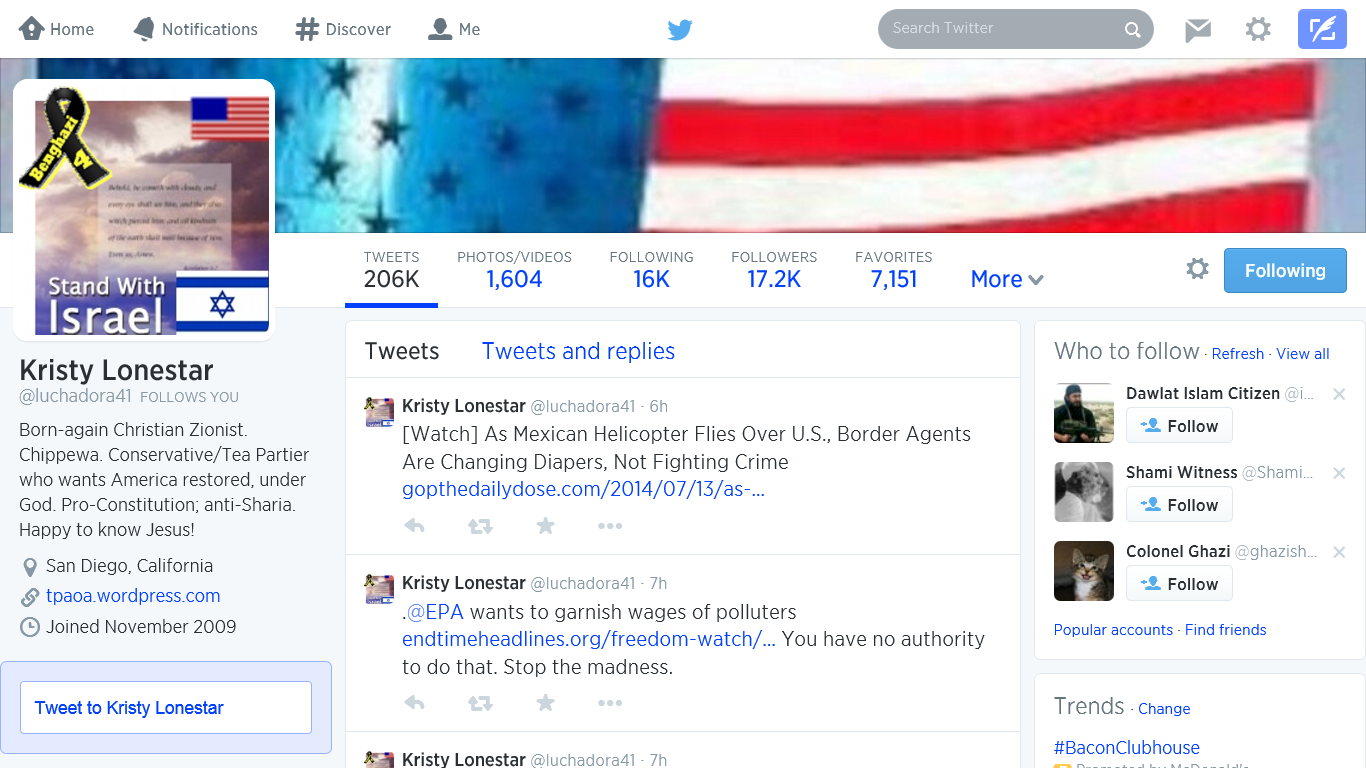 Those words are clearly missing on the Clarion Twitter account. Because they have run from a debate just like their #2 board member Mohamed “Zudhi” Jasser had in the past. If they believed they were being honest with America, they would have no problem defending their position. But they would rather $ell America a fantasy in which “moderate” Muslims reform Islam and save America from Islamic rule. A feel-good fantasy that is not going to happen.

Only the truth will set us free from the chains of Islam. The truth is where North American Infidels (NAI) stands, and will always stand.

← A North American Infidels (NAI) Challenge to the Clarion Project
Twitter: Muslim Calls for Gang Rape of a Hindu Woman! →