Years ago I do not recall seeing Muslims making such brazen comments online. But today it seems like the norm. This morning we get to meet a sexual deviant named “Enlightened Muslim“.

The “enlightened one” supposedly resides in Mumbai India, and spends his days pretending he is a champion of human rights. That is until you disagree with him!

Of course just living in India not enough for him, as he wants the country to fall to Islam. Why doesn’t he just move to Pakistan you say? Because he does not care about the wants and beliefs of non-Muslims.

Hold on friends, it gets even worse! The “enlightened one” does not even attempt to hide his utter disdain of women. In fact, he openly called for the gang rape of a Twitter friend named Siya. 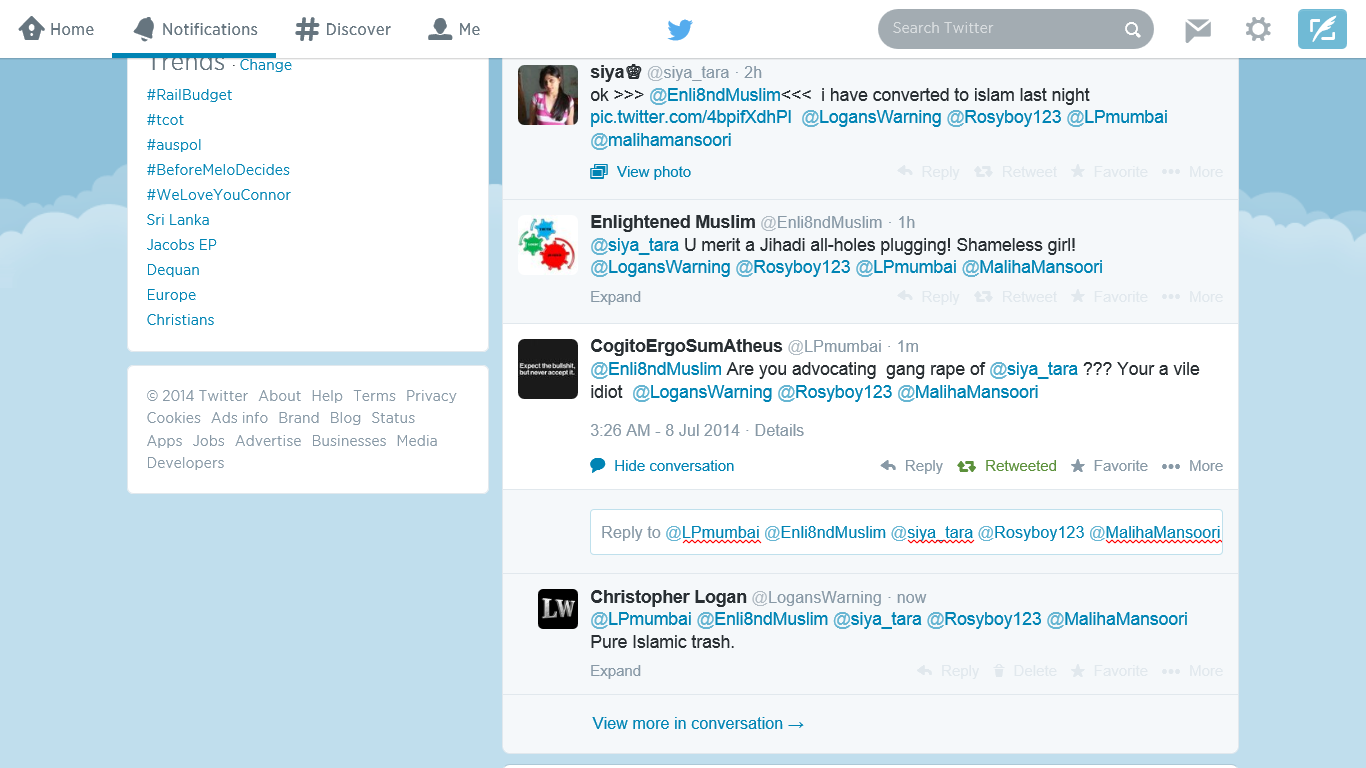 What’s next? The threat of finding her through her IP address. 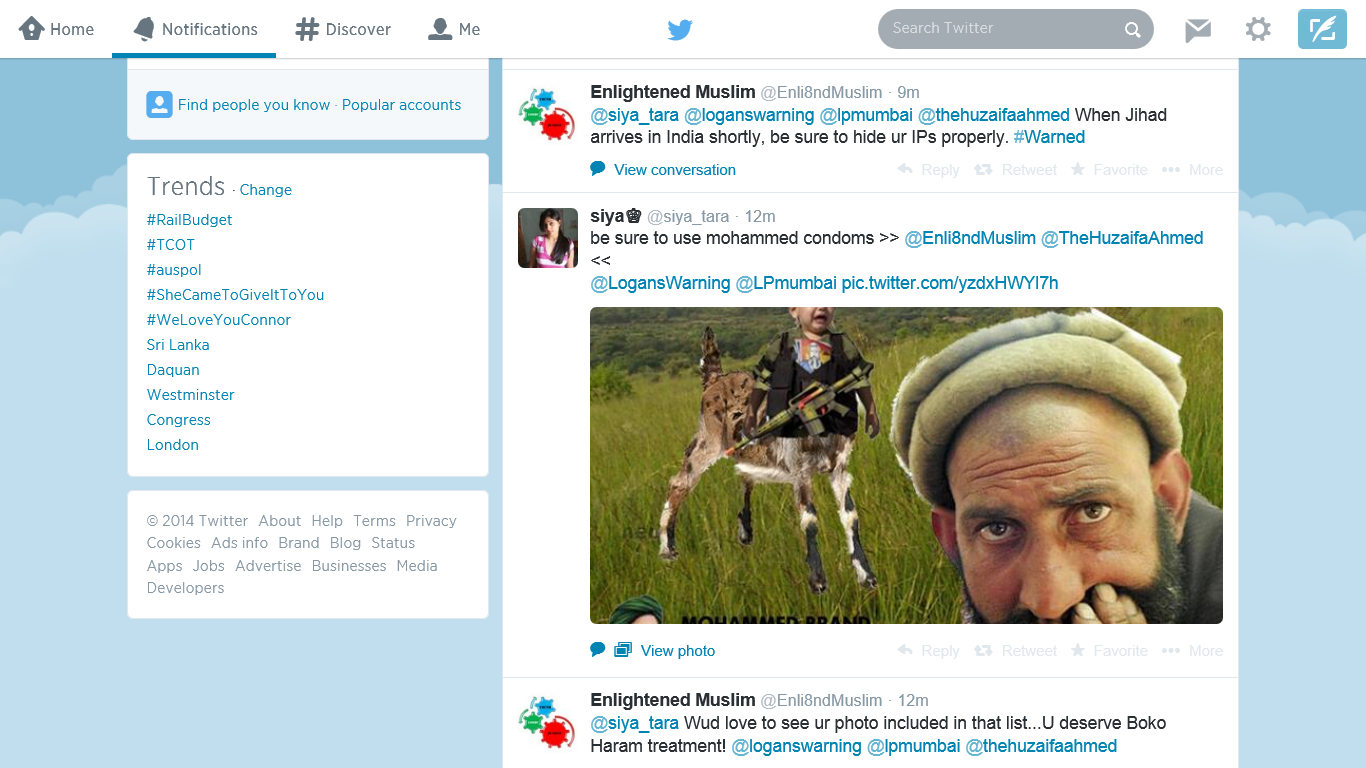 Then the pathetic one actually beat his chest over his attempted bullying of her. 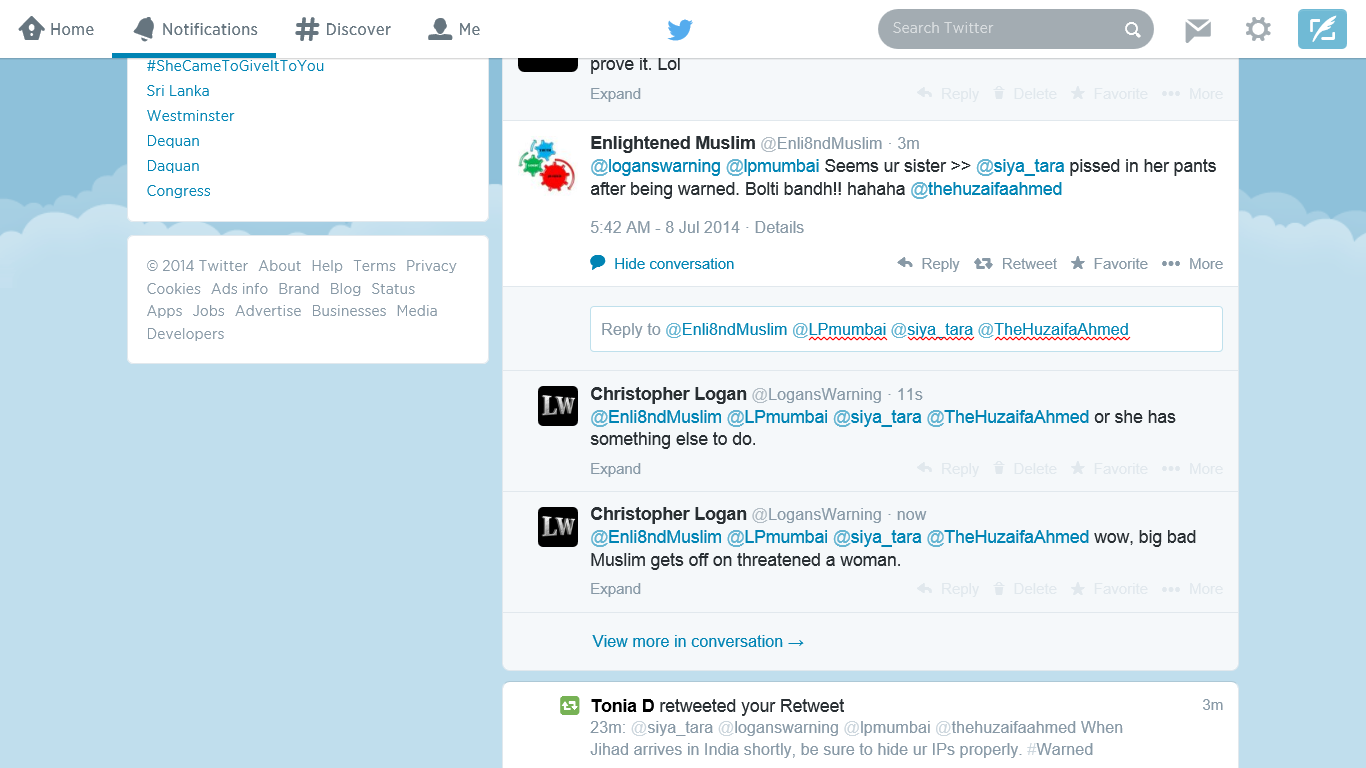 Thankfully Siya is a strong person and never backed down from the animal. In the meantime though, anyone around him should hide their children! 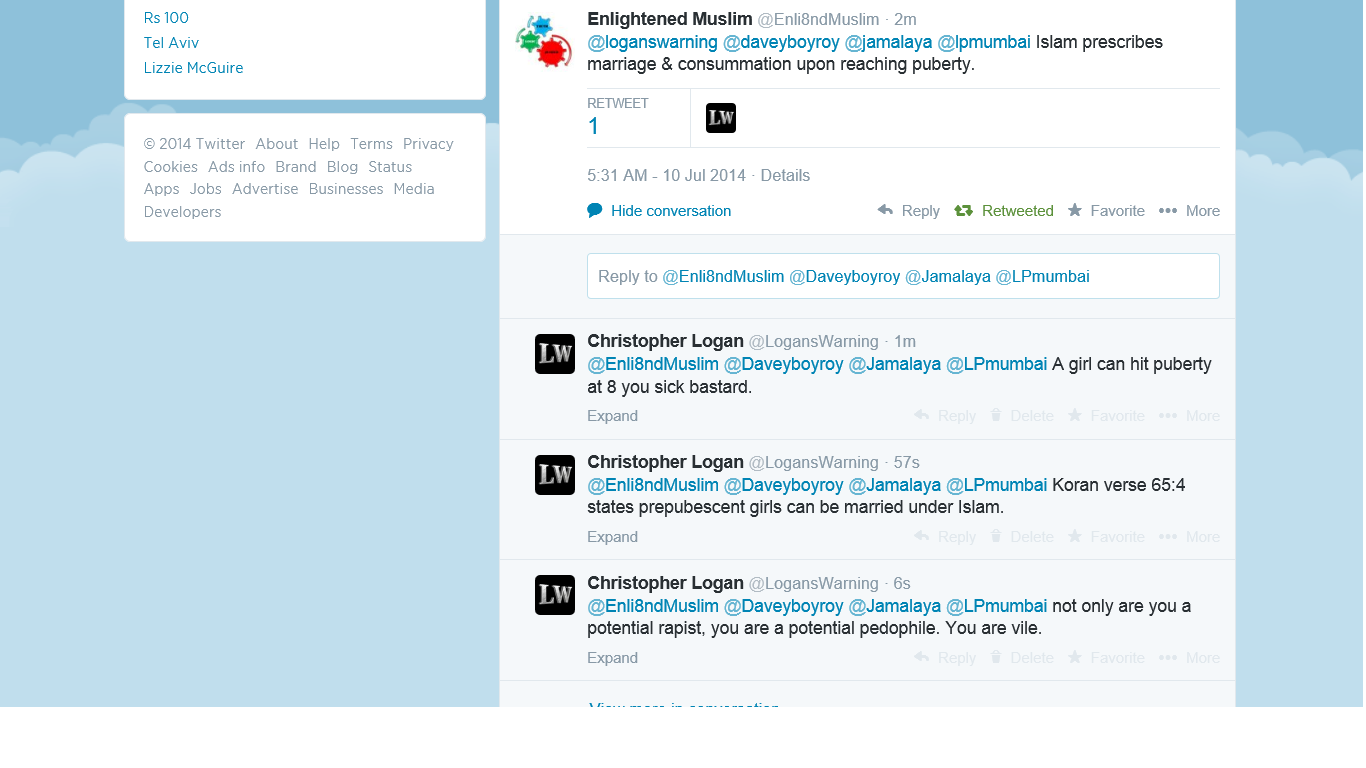 Enlightened Muslim, the gift that just keeps on giving to the anti-Islamic team…