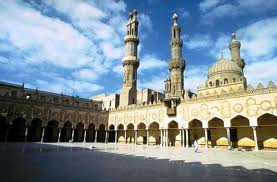 I know there are plenty  of non-Muslims who do not want to face the harsh realities that are posted here on Logan’s Warning. But we will never win the war with Islam unless the truth is spoken, and although I do not enjoy being the bearer of bad news, it has to be done again. As Pope Francis is no protector of the Church. He is an enabler of the enemy!

VATICAN CITY (AP) — Pope Francis called Friday for more dialogue with Islam and offered an olive branch to China and other countries that don’t have diplomatic relations with the Holy See.

Francis said it was important to intensify dialogue among different religions “particularly dialogue with Islam” and to deepen the church’s outreach to atheists.

The Vatican’s relations with Islam hit several bumps during Pope Benedict XVI’s papacy: He outraged Muslims with a 2006 speech quoting a Byzantine emperor as saying some of the Prophet Muhammad’s teachings were “evil and inhuman.” And in 2011, the pre-eminent institute of Islamic learning in the Sunni Muslim world, Cairo’s Al-Azhar institute, froze dialogue with the Vatican to protest Benedict’s call for greater protection of Christians in Egypt.

However, the Vatican said Friday that Al-Azhar’s chief imam, Sheik Ahmed el-Tayyib, sent a message of congratulations to Francis for his election and hoped for cooperation. That’s a possible sign of a thaw in relations with the arrival of a pope whose interfaith outreach while archbishop of Buenos Aires has been well-documented.

If anyone thinks that is a good sign, they are mistaken. By “cooperation”, the Imam means catering to Islam.

One of the best sources I have read on this issue is the Reliance of the Traveller, A Classic Manual of Islamic Scared Law. The book details the nightmare  of Islamic Law, and has the stamp of approval of guess who?????………..Egypt’s one and only Al Azhar University!

The following is the main content from my “Sharia Law (Islamic Law) 101: Non-Muslims Under Sharia article, and shows us the second-class status non-Muslims have under Islamic rule.

o11.2 Such an agreement may not be effected with those who are idol worshippers, or those who do not have a Sacred Book or something that could have been a book.

(A: Something that could have been a Book refers to those like the Zoroastrians, who have remnants resembling an ancient Book. As for the psuedoscriptures of cults that have appeared since Islam (n: such as the Sikh, Baha’is, Mormons, Qadianis, etc.) they are neither are nor could be a Book since the Koran is the final revelation.)

Trust me on this, they targeted the new Pope because he has already shown weakness. The Islamic attack on Christianity, has been emboldened!